New York: How to live it up for less in the Big Apple

If you like a little extra comfort while travelling, chances are the flailing Aussie dollar has put some serious downward inflationary pressure on your holiday plans, particularly for travel to New York. But as Adam Ford reports, there are ways to live it up for less in the Big Apple...

The falling Aussie dollar has hit travellers to the USA hard – with travel to cities like New York around a third more expensive than this time last year. Which is even trickier if you want to enjoy a few of the finer things in life during your stay. So in this period of travel austerity, we bring you a guide on how to live it up in The Big Apple for less… 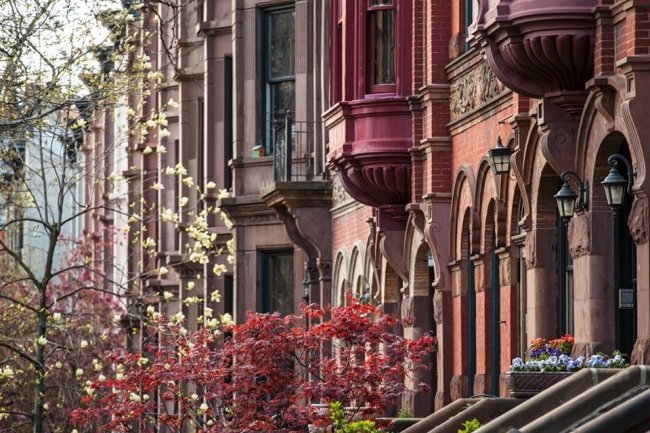 Save on NYC luxury digs

Generally, prices for luxury hotels in Manhattan are lower outside Midtown and cheapest in Downtown – as the financial district largely closes down at night. But you’re still only a subway ride away from the action in Times Square and close to the trendy Meatpacking District, eclectic Greenwich Village, Soho and so on. Definitely worth considering, especially when luxury hotels around Wall Street and Lower Manhattan can be half the price of the same hotel brand uptown!

If you want to be a little closer to the action you’ll find lots of great boutique hotel options around NoHo, the East Village, Greenwich Village, even Hell’s kitchen (note: there's no subway here). Check out www.boutiquehotels-newyork.com for ideas.

Choose your travel dates carefully. Christmas and fall (autumn) are the busiest periods in New York – and therefore the most expensive seasons to visit when booking hotels. January through to March is generally considered the best value.

When you’re booking a hotel, check for Club Floor rates. Inclusions like breakfast, Internet access, sundown snacks and cocktails can save you big dollars over a weeklong stay.

Many of New York's top restaurants offer lunchtime specials, which are a great way to save on your holiday food bill. For example, Jean-Georges at 1 Central Park West (connected to the Trump Hotel) offers a two-course lunchtime special for $58. Dinner would be three times that. You’ll need a jacket here, gents. 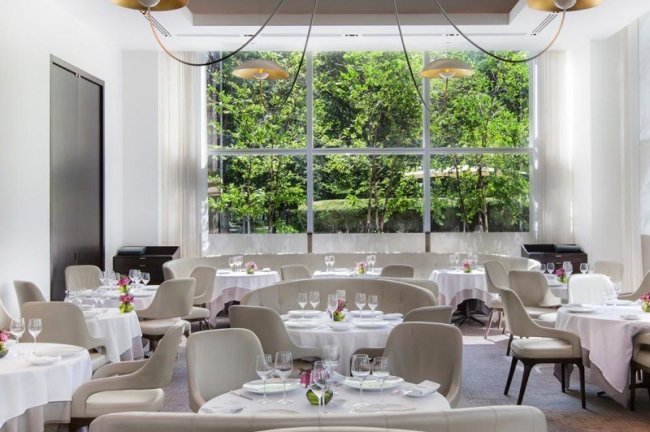 Michelin-starred Juni is another (three courses $39), or even Del Posto – one of the city’s best Italian restaurants – three courses for $49.

For something a little more casual, go a traditional New York sandwich. Katz Delicatessen on the Lower East Side and Carnegie Deli in Midtown are the best known. You’ll be packed in cheek to cheek with the locals, chowing down on giant gherkins and the most extraordinary pastrami sandwiches you’ll ever lay eyes on. One between two will definitely suffice. You probably won’t need to eat again for a week – another great way to save!

Get happy with happy hour

The happy hour is a time-honoured tradition at many of New York's finest cocktail and wine bars and can often include complimentary bar snacks or canapés. Head to www.nyhappyhours.com where you can search by date and area.

For example, trendy Plunge on the top of the Gansevoort Hotel in the Meatpacking District has a happy hour from 5pm each afternoon, which comes with sensational views! 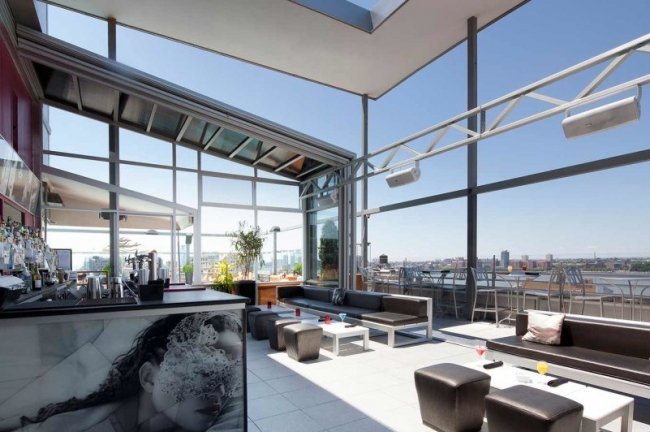 With good planning the New York Pass can save you big bickies – especially the five and seven day versions. With most museums and attractions in New York averaging around $30 for adults, it won’t take you long to rack up quite a saving if you aim for at least two included attractions per day. There are 80 attractions included in the pass - museums, galleries, cruises and walking tours – some of which can be pre-booked online.

How much will you save? Well, the current top ten attractions in New York will cost you $300 in entry fees. A three-day pass starts at $180, and that would be plenty of time to do all ten. So you're $120 up already!

Get connected for free

If it's not included in your Club Floor benefits, free Wi-Fi is available in many of the city’s parks. Check www.nycgo.com for a complete list.

The main one is in the heart of Times Square. Tickets to Broadway and Off-Broadway shows sell at 25 to 50% off. Get in early for the best selection.

Save on designer fashion 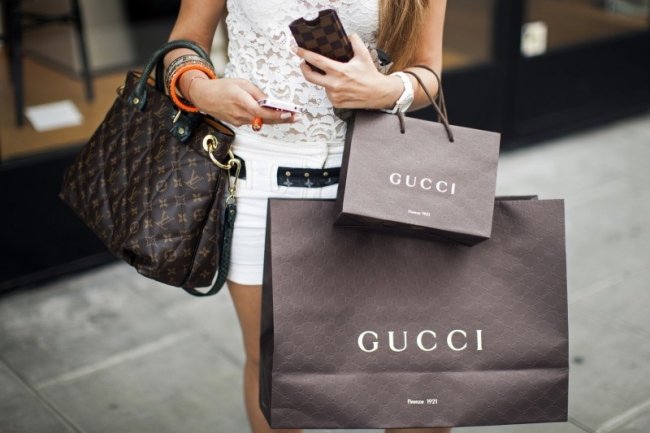 Shopping is one of the great joys of travelling to New York, so don't less the falling Aussie curtail your fun:

1. Sign up for an international visitor’s discount card at major department stores for a straight up 10% discount on purchases. You’ll need your passport.

2. Check out the outlet shopping options in and around New York. Century 21 is a well-known one. Also try Gabay’s Outlet on 195 Avenue A in the East Village.

3. Head across the Hudson to New Jersey where there’s no additional sales tax applied to clothing and shoes. On a pair of $2,500 Christian Louboutin Maralena Flame Sandals that's quite a saving!