Where is the clearest water in the world?

Lots of places may boast of their crystal clear waters, but this place has them beat. Officially.

In the northernmost ranges of New Zealand’s Southern Alps, is Nelson Lakes National Park, which is known for, you guessed it, its lakes.

The M?ori people tell the story of R?kaihaut?, a great chief who created the lakes as he dug holes with his ko, or digging stick.

On maps, it’s easy to spot the park’s largest lakes, Lake Rotoroa (not to be confused with the North Island’s Rotorua) and Lake Rotoiti. But a little south of both of them is Rotomairewhenua, also known as the Blue Lake. 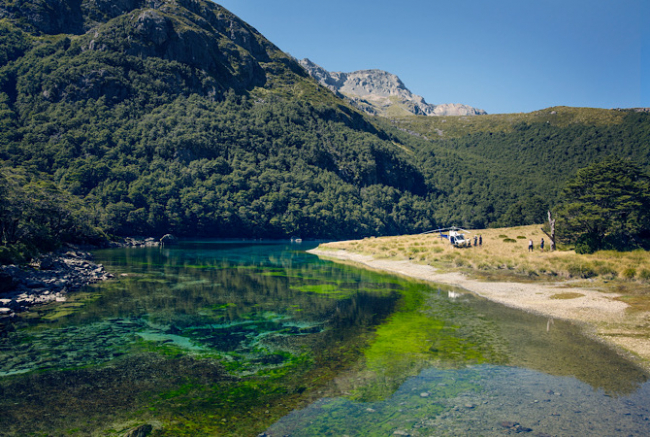 Image: Klaus Thymann of Project Pressure and supported by the Department of Conservation, NIWA and Tourism New Zealand.

New Zealand’s National Institute of Water and Atmospheric Research (NIWA) tested the waters of Rotomairewhenua and determined it to be the clearest natural body of fresh water known to man.

The visual clarity of the lake can exceed 80 metres, a clarity that is surprisingly close to that of distilled water, NIWA studies found.

According to NIWA, Rotomairewhenua is characterised by blue-violet hues seen only in the very clearest natural waters. But this phenomenon is “highly unusual” in Rotomairewhenua’s geological and hydrological setting.

NIWA attributes its clarity to that fact that Rotomairewhenua’s waters come from neighbouring glacial Lake Constance after passing through a natural filter of landslide debris that forms a dam between the two lakes.

The waters of Rotomairewhenua are sacred to Ng?ti Apa ki te R? T? iwi and people are asked not to bathe in them, but considering that the water temperature ranges between five and eight degrees Celsius, chances are, you might want to give it a miss anyway.