Englishman becomes the first to successfully trek the Rub Al Khali – the biggest sand desert in the world – in 85 years. 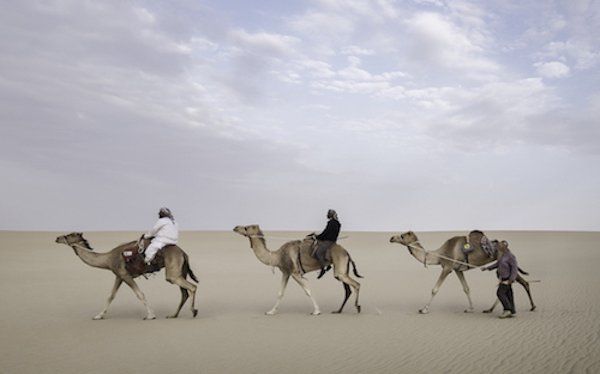 “It has been an incredible journey for us all. It was both physically and psychologically challenging, but I was constantly bolstered by the perseverance and friendship of my two Omani guides and by the good humour and encouragement of our support team, including photographer John C. Smith who came all the way from New Zealand to join the team – and became the first Kiwi to cross the Empty Quarter (as the desert is also known),” Evans said. Bertam Thomas first made the coast-to-coast crossing from Salalah in Oman 85 years ago and his success was celebrated the world-over. Arriving at the gates of the Al Rayyan Fort in Doha, Evans was thrilled to have replicated the arduous feat.

“After 49 days on foot and by camel, from Salalah, through Oman and Saudi Arabia, we have finally reached our destination,” he said.

“In his book Arabia Felix, written in 1931, British explorer Bertram Thomas wrote, ‘We were arriving…Our thirsty camels pricked up their ears with knowingness. The last sandhill was left behind… before us lay the towers of Doha silhouetted against the waters of the Gulf. Half an hour later we entered the walls of the fort. The Rub’al Khali had been crossed.’

“Our own journey is also now over, and whilst Doha has seen incredible change in 85 years, the wonderful hospitality that greeted Bertram Thomas 85 years ago still remains.

“We have faced the psychological and physical challenges of the desert and experienced the true spirit of Arabia: perseverance and good humour as shown by my two Omani guides Mohammed Al Zadjali and Amur Wahaibi; extraordinary generosity, hospitality and friendship as embodied by the many people we have met in Oman, Saudi Arabia and now in Qatar.” 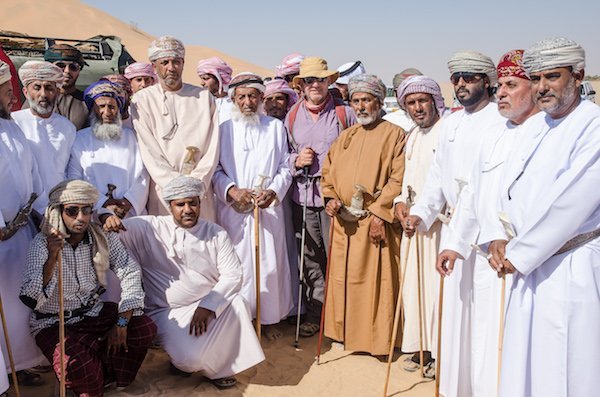 Throughout the journey, Evans said the team was overwhelmed by well-wishes and hospitality from local tribespeople, who often welcomed them into their communities.

“We estimate more than 1,000 people celebrated our journey with us as we walked along with more than 20 often impromptu social gatherings, large and small. There were often three generations sitting together sharing an oral history and local pride... 28 goats, seven camels and three sheep have been slaughtered in our honour.”

Most challenging during the journey were the gigantic dunes in Saudi Arabia, which had to be crossed in heat so stifling even the camels dropped to their knees in protest. 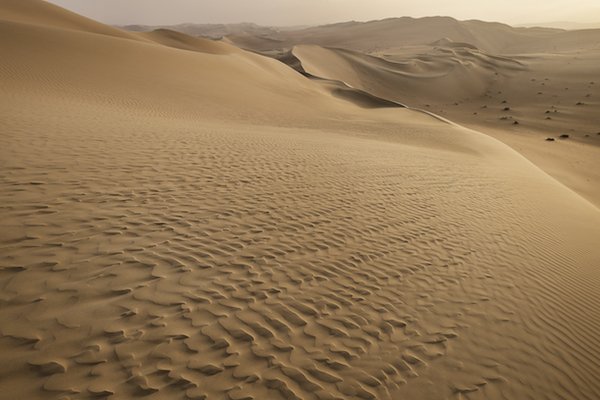 Another challenge early in the journey was sleeping outside without tents through sandstorms, and through fog and mist during the last week of their journey when they would wake up in sodden sleeping-bags and start walking with visibility of less than 50 metres.

Despite these hardships, ??it’s the extraordinary beauty of the landscape and the hospitality of the people that Evans says will stay with him.

“An expedition like this is a time to think and reflect on life and how we can overcome whatever challenges we face if we work together. It is a reminder of the true spirit of Arabia.”??

Just prior to the team’s arrival into Doha, Mark heard of the tragic death of fellow British Explorer Lieutenant-Colonel Henry Worsley. In his penultimate blog, Mark wrote: “The spirit of Henry’s journey (which was immeasurably more difficult than ours) was very much in tune with the core values of grit resilience and tenacity we have been trying to convey to people during our own journey.

“As we complete our journey our thoughts and sincere condolences go out to his family and friends.”

??Evans’s journey has been closely followed by the Sultanate of Oman Tourism. Mona Tannous, Country Manager Australia & New Zealand, said, “We have followed the Crossing the Empty Quarter expedition since it set out from Salalah in December last year with great pride.

“The updates from the team throughout the journey have been astonishing and we are delighted that they have reached their ambitious goal.

“Perseverance, technology, camels and the region’s famed local hospitality have all played a part in this extraordinary achievement. We congratulate them and wish them safe journeys home.”??