While touring through the Eastern states of the USA, Tour the World’s host Adam Ford spent a morning in Lancaster County outside Philadelphia – home to the second largest Amish community in the States. It seems an uncomplicated existence and a stark contrast to our constant connectivity. 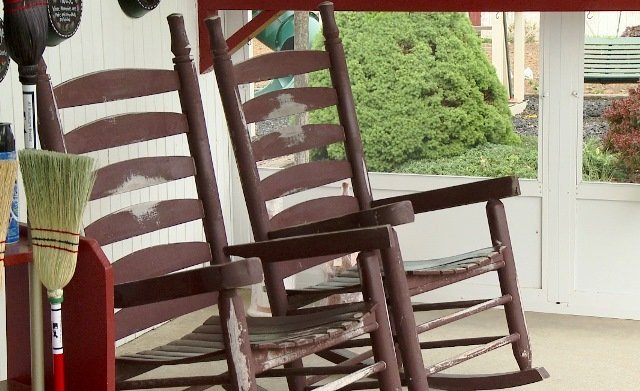 At first glance Sam’s kitchen looks pretty similar to any other. It’s the type you might find in any un-renovated, post-war home in the Australian suburbs. There’s a simple wooden colonial-style table, an upright gas cooker, a fridge, kitchen cabinets and a laminated bench-top. It’s neat, functional and unremarkable. But it’s what is missing that makes this home so interesting. Let’s start with power sockets. There are none. And light fittings. None of those either. 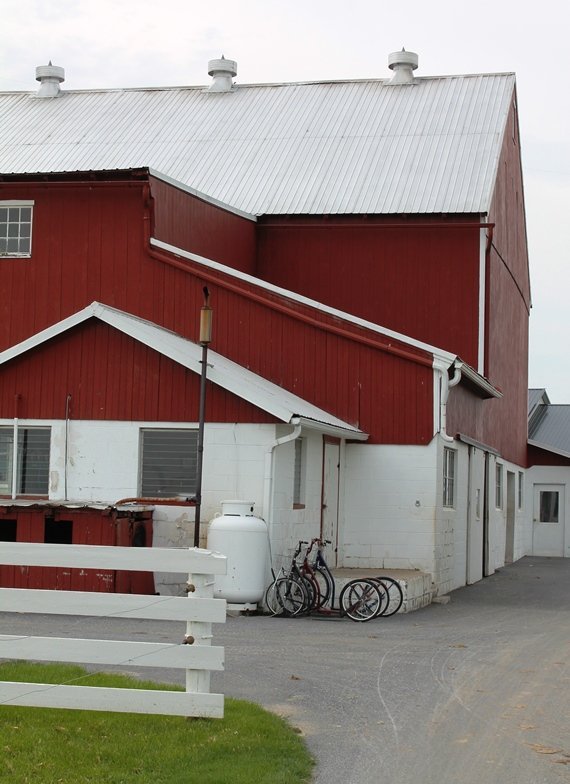 Welcome to Pennsylvania Dutch Country, 200km south of Philadelphia. Sam is our host on this ‘Amish Experience’ – a visit to his dairy farm and the chance to learn more about a religion that shuns most forms of modern technology. The closest I’ve ever come to knowing anything about the Amish way of life is Peter Weir’s excellent film Witness starring Harrison Ford and Kelly McGillis. But that was 30 years ago (can you believe it?) so this is a chance to learn more.

Sam is probably around 60, although his bushy beard makes it a little difficult to tell. He’s dressed in simple dark pants, boots, braces and a coarse brown shirt. His hair is monkish in style and he wears glasses. I’m rather surprised to hear in passing conversation with several of the ladies in our tour group that they consider him to be a bit of a dish. He’s certainly charismatic. He’s also married with seven children. And he does present a strong case for the Amish way of life as one of uncomplicated, Luddite bliss. 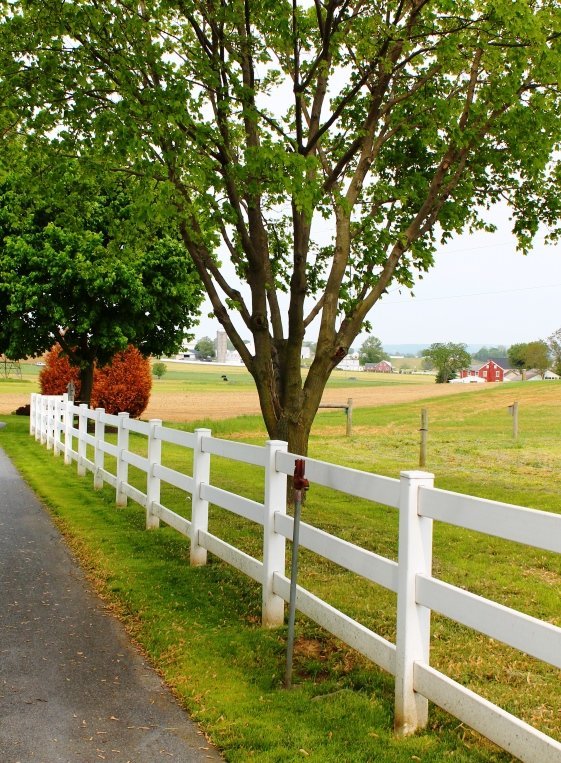 The setting is absolutely idyllic, with rolling green pastures bordered by white wooden fencing and a New-England style home that looks warm and welcoming. Everything is neat and trim. There’s a large barn providing shelter for a variety of working farm animals including draft horses, mules and dairy cattle. The only accepted form of transport in the community is by horse-drawn cart, and the family buggy occupies pride of place. It’s black, shiny and well maintained. A well cared for cart should last a life-time we’re told. 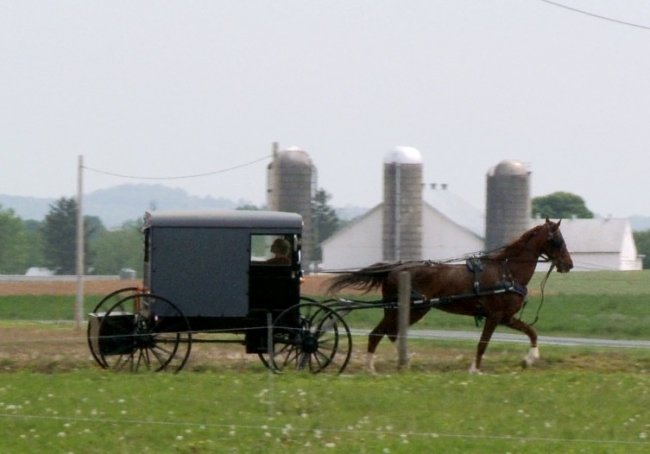 While the rules vary from one Amish community to the next, generally electricity (and therefore electric lighting) is forbidden in the home, as are TVs, telephones and computers. Motorised transport is out (unless someone else is driving). So are bicycles. Scooters are in along with the afore-mentioned horse and cart. Traditional horsepower is generally used to work the fields. Subsistence farming is the main local industry, with tourism running a close second. Putting aside the sale of hand-made Amish quilts (which are exquisite) to me tourism and the Amish make strange bedfellows. Not least of all because photographs of the people themselves are forbidden.

Amish children are only required by law to attend school up to 8th grade, after which they receive vocational training at home. At 16 they’re permitted to engage with the wider community for a period known as Rumspringa. Some even takes jobs. Ultimately though, the vast majority (95% according to Sam) choose to be baptised into the faith and a lifetime commitment to a way of life where technology is taboo.

All in all it’s a fascinating visit and one that leaves us somewhat divided on the merits of this good life.