With tourism to Machu Picchu arriving en masse – to the tune of over a million visitors a year – Peru wants to draw visitors to a lesser known but almost equally significant site just 60 kms away. Called Machu Picchu’s Sacred Sister, Choquequirao welcomes barely a dozen visitors a day. This is despite the fact the Incas built it just 50 years after its more celebrated sibling.

But according to Bloomberg, Peru aims to open the site up to more tourism with roads connecting it to Machu Picchu and even a cable car to elevate visitors to 3,000 metres, deputy tourism minister Roger Valencia said.

“The hike is exceptionally beautiful, but it’s tough,” said Valencia, who is a former tour operator and guide.

“We’ll put in the roads and the cable cars to make it accessible.”

Currently, the journey to the citadel involves a five-day, 60-kilometre round trip hike, which includes crossing a canyon and the raging Apurimac River. 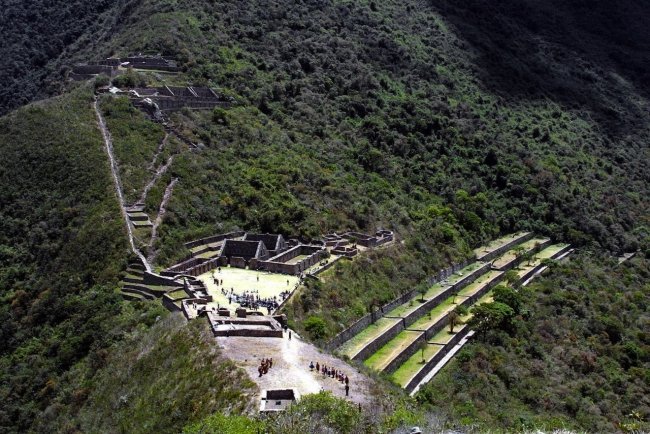 President Pedro Pablo Kuczynski is promoting Choquequirao as part of his goal to double tourist arrivals to 7 million by 2021, Bloomberg reported.

According to the World Travel & Tourism Council, tourism accounts for 3.9% of Peru’s GDP, which is the highest contribution among major Latin American economies after Mexico.

Kuczynski has pledged US$62 million to help develop Choquequirao, and allow visitors to explore its giant stairway, terraces, plazas, fountains and temples in a day trip from Machu Picchu.

Yet to be fully excavated, Choquequirao (Cradle of Gold) was built by the Incas around the turn of the 16th century.