How to get stuck on a tropical island

Where every photograph has postcard potential and every direction promises adventure, Palawan is paradise found, writes GAYA AVERY.

Choosing from the Philippines’ 7,107 islands is a hard task. With both aquatic and terrestrial wonders, warm water beaches and almost endless stretches of picture perfect coastline to choose from, travellers can be forgiven for simply popping down on the nearest towel and sobbing into their pina coladas from the stress of it all. The solution? Palawan.

It’s called the Philippines’ final frontier. A narrow archipelago of more than 1,780 islands and islets, Palawan is to Manila what a rainbow is to a storm. After the electrifying busy-ness of the capital, an escape to Palawan is a literal breath of fresh air. 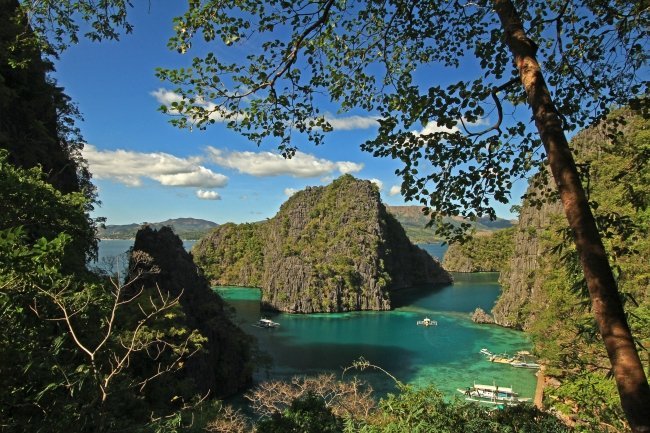 We fly from Manila into Puerto Princesa and take advantage of the capital’s thriving restaurant scene. Palawan’s capital is also a great base for island hopping and a trip to the Puerto Princesa Subterranean National Park.

A UNESCO World Heritage Site and one of the ‘New 7 Wonders of Nature’, this underground river winds through a remarkable cave of stalactite pillars, rock formations and domed amphitheatres before emptying out into the South China Sea. The journey through the cave system alone is 24 kilometres long. The water is crystal clear below and as you gaze at what is above you, just remember to keep your mouth closed – there are bats up there!

While many travellers choose El Nido as their next port of call in Palawan, the lure of Coron Town is hard to resist. For divers, this is the base for access to amazing treasures, particularly if you’re fond of wreck-diving. 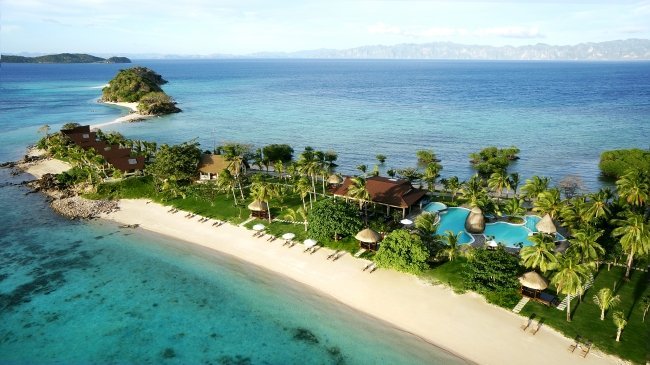 Set to open later this year, Two Seasons Bayside Hotel will be the only world-class hotel in Coron Town that has a direct link to the main road and the bay. With its private jetty port, this accommodation is set to be the most convenient base for travellers who want to engage in island and lake tours around Coron.

Until it opens, travellers can check out sister property, Two Seasons Coron Island Resort & Spa. A turtle and giant clam sanctuary as well as the first eco-friendly luxury island resort in Coron, the resort is completely self sustainable, but doesn’t cut corners on luxury.