How to have a thriller in Manila

Whether it’s just a short city break or a pit stop before exploring the rest of the country, Manila offers plenty to see and do. Here are the highlights. 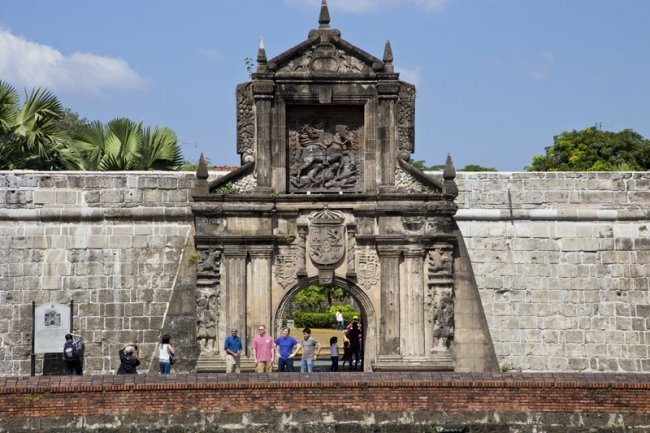 A great way to start any exploration of a city is to delve into its past and Manila has plenty to keep the tourists happy.

Start at the medieval fort city of Intramuros, which reflects the country’s Spanish Colonial history, before taking a walk through the cobblestone streets of the UNESCO World Heritage-listed San Agustin Church, the Cathedral of Manila and Fort Santiago. Check out the popular walking tour of performance artist, Carlos Celdran.

Every major city seems to have one and in Manila the locals call it ‘Binondo.’ China Town is home to plenty of affordable restaurants as well as temples and churches.

Quezon City is the most populated urban hub in the Philippines yet it is home to many museums and government buildings including the Batasang Pambansa Complex, as well as the University of the Philippines. Visitors can walk, cycle or picnic in the park at the Quezon Memorial Circle, or visit the 3D museum ‘Art in Island’ in Cubao. 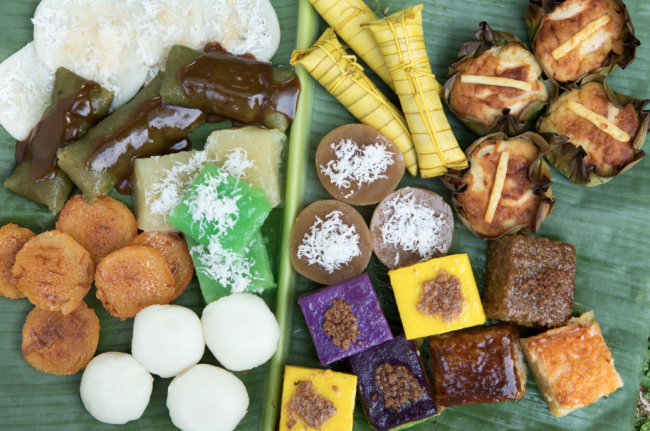 One of ‘the’ hot themes in travel right now is exploring the food scene of a destination and Manila is home to plenty of culinary alternatives.

Street food aplenty can be found on San Roxas Boulevard while at the other end of the food chain, the Sky Deck restaurant on top of Bayleaf Hotel offers views across the entire city.

The Makati District is well known for its shopping but it also has a selection of trendy cafes. Classic western-style dishes can be found at the Early Bird Breakfast Club in the Fort Complex, or head to Eastwood City for a selection of restaurants and shops. SHOP TILL YOU DROP

Shoppers looking for authentic gifts should make a beeline for Tesoros in Makati, which sells a wide range of Filipino crafts, giftware, embroidery and local clothing.

For the more label conscious, SM Mall of Asia in Bay City is the place to go. It is one of the largest in the world and apart from an ice skating rink and IMAX Theatre it also has hundreds of famous chains and independent stores. THE NIGHT IS YOUNG

Having toured, dined and shopped, it’s time to hit the streets of Manila and when the sun goes down, the Makati District is the place to partaaay.

Take your pick from a selection of live music venues, trendy bars or swanky restaurants, but make sure you pop your head into The Palace (thepalacemanila.com). This entertainment complex has three clubs including the popular Palace Pool Club.

Other great spots to hangout include Poblacion, which used to be the red light district but is now becoming popular for the art and food scene, with quirky hole-in-the-wall restaurants and bars. The Collective has a cluster of boutiques, bars and vintage stores. 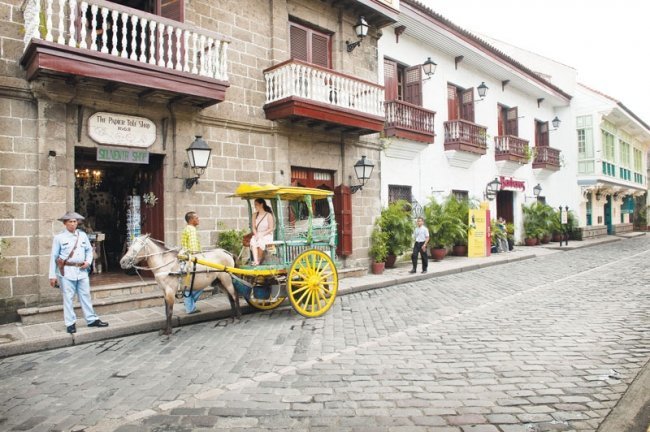 If you have time to explore further afield, there are seven provinces in Central Luzon surrounding Manila. Nature lovers will enjoy the waterfalls and volcanoes in Bataan while San Fernando has a laid-back vibe with cafes, spas and restaurants.

For the more active, diving is the attraction in Subic Bay with shipwrecks to explore, while a one-hour drive outside the city is Taal Volcano where you can hike to the crater lake.