Meeting the Chocolate Queen of the Philippines

MARK HARADA visits a palace with a difference in Cebu, where chocolate literally oozes from the walls. 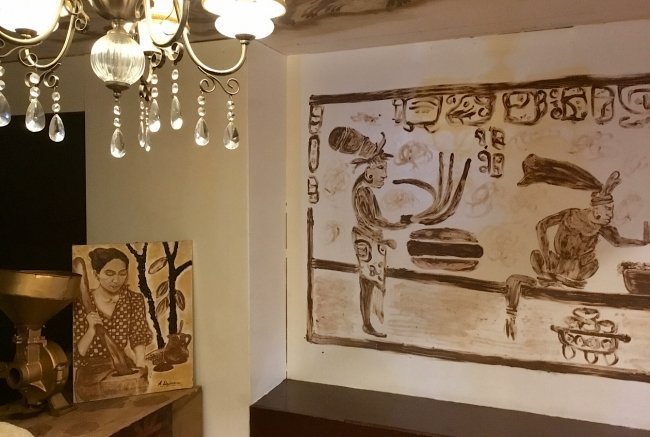 To say Raquel Choa has a peerless passion for chocolate wouldn't be sugar-coating it. Ms Choa eats it, drinks it, works with it, and almost literally breathes it - through the aroma of roasted beans and pure cacao ‘water’ that’s crucial to the production line at Casa de Cacao in Cebu, her chocolate factory that doubles as a museum, boutique and classroom.

But Ms Choa is as opposite as you can get from Willy Wonka - and the chocolate you’ll find here is nothing like a Wonka Bar.

During a tour of the Casa with long-time friend and right-hand, Edu Pantino, in the shade of a pretty courtyard, our small group hears about the chocolate-making process and its history in the Philippines, before being given turns to roast beans. It’s hot work. 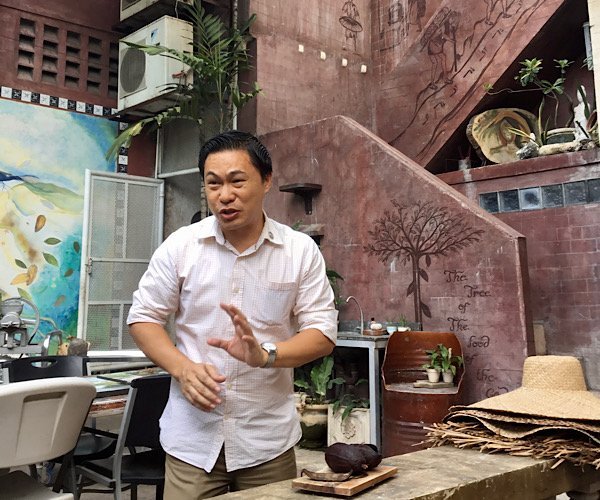 Inside, in cooler climes, we wander around the small museum, which we’re told is an extension of Raquel’s own house. Among traditional Filipino furniture, we also find walls covered in paintings produced with chocolate. But we can’t lick the walls, and it’s time for some chocolate and sikwate (chocolate drink) tasting.

Discarding the Filipino farmer hats we don for the tour, we sit around an elegantly prepared table. And after a glowing introduction by Edu, the Chocolate Queen, as she is known in the Philippines, enters the room.

As the country’s preeminent purveyor of all things cacao, she seems only happy to share her passion with those who pop in for a visit. The day prior, she had welcomed one of the Princesses of Thailand, who had visited Cebu. So we know we’re in good hands here. 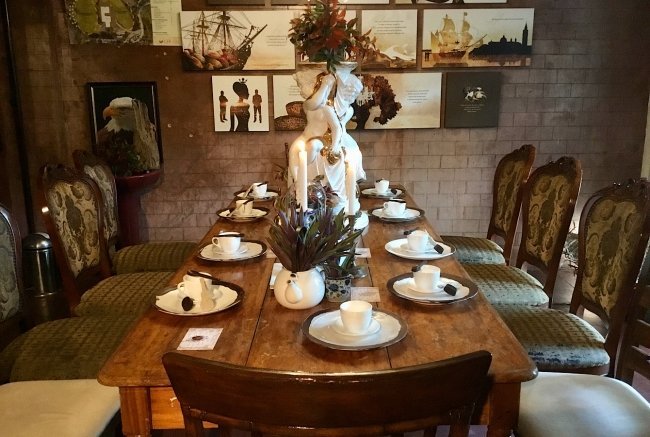 But what’s a royal arrival without a regal address? Raquel’s is a narrative of her life story. As a seven-year-old child, she was moved from Cebu city to nearby mountains, where she would fall in love with cacao. It was there that she would listen to stories told to her by grandmother, Nanay Nila; many would involve the cacao bean.

Raquel would later learn to make it, and like any connoisseur, how to consume it, which back then, was by drinking it. And it is in this way we begin our tasting, with a sugarless hot chocolate poured by daughter (and Princess?) Hannah.

A guitar-shaped chocolate and chocolate teaspoon follow this, while we end on her signature “innovation”, the balle de cacao, which is a grated garnish. 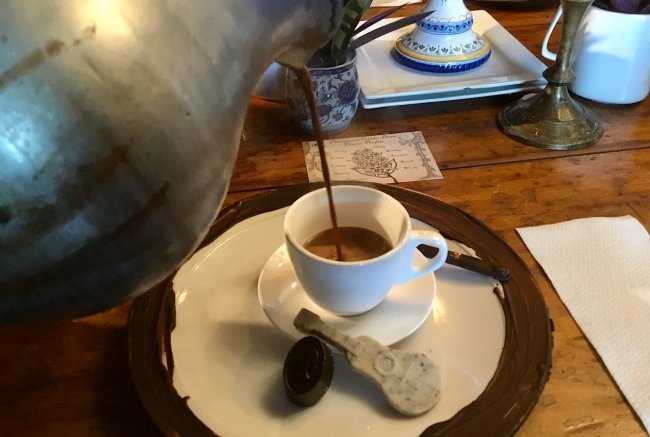 Now a mother of eight, Raquel’s business is a successful one. But the queen says she’s no entrepreneur.

“I’m an artist,” we’re told. An artist who’s spoken at the UN and been featured on CNN, no less.

After the tour, tasting and storytelling, Raquel takes us into an adjoining room, where we’re given turns to crush cacao beans using a traditional ‘mortar and pestle’. Not content to let us do it alone, Raquel joins us on the floor to show us how it’s really done. This is clearly a hands-on queen - and this palace one not to be missed. 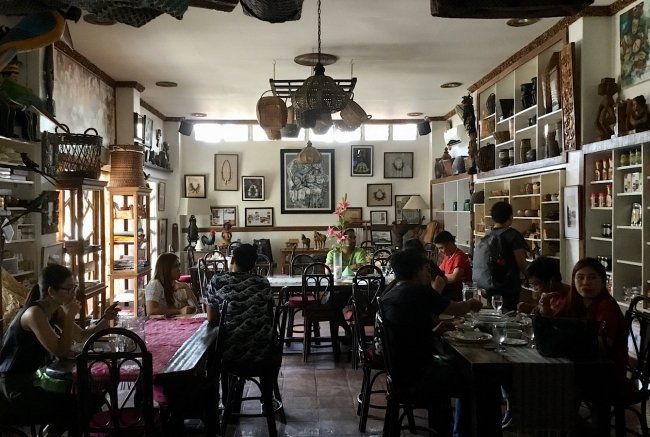 For lunch, check out nearby Abaseria. Owned by a fashion designer, this cool cafe and restaurant doubles as an art gallery and gift shop, with a wide variety of traditional curios for sale. And it serves up some delicious dishes too, like Filipino crispy skinned pork and plenty of vegetarian fare (which in the Philippines, can sometimes be hard to find). Wash it down with a traditional calamansi juice, San Miguel beer or durian coffee (if you dare) for the perfect meal.

The writer stayed at Crimson Resort & Spa Mactan. Read a review of the property here.

In Manila, the writer recommends the Sofitel Philippine Plaza Manila. Read about its star attraction here.