Her heart's been taken for the better part of two decades, but GAYA AVERY has always kept a bit of it reserved exclusively for musicians. In Cebu, she meets the music makers and admits to falling a little bit in love.

Across the bridge from Cebu City on the island of Mactan is the colourful city of Lapu-Lapu. We're on the hunt for a famed Cebuano guitar and have been told Alegre Guitar Factory in Lapu-Lapu is the place to go. 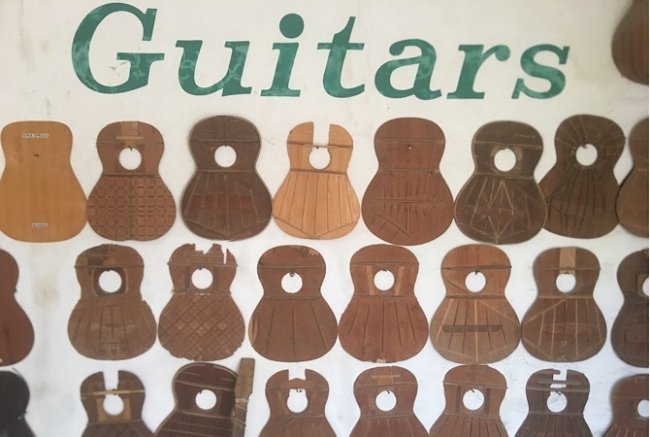 As local and international woods are shaped and sanded around us, we are greeted by Albert, who sheepishly admits he's only been playing guitar for six years. I guess rightly that he's in his 20s and, for a Filipino, he says, that means he's late to music.

But when he picks from the handmade instruments that line the walls and begins to play, the rest of the world blurs, drowned out by songs both familiar and unknown.

Albert takes us on a journey through the guitars made on site. He plucks out Pachelbel's Canon on a newly made ukelele, a Christmas carol on a 14 stringed bandurria and a gentle folk song on the factory's most expensive guitar.

With each song I fall a little bit in love with him.

Before Tinder, there was the guitar. And without the guitar, the Philippines' burgeoning population simply might not be. Crucial to the courtship ritual of ages past, the guitar was the key instrument in the act of 'harana', or serenade. 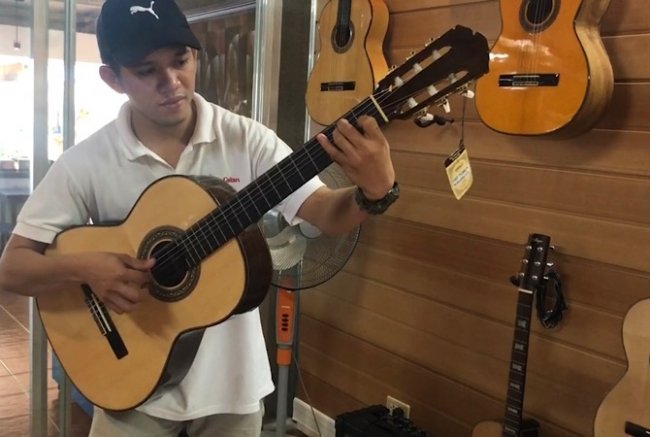 In the old days, a suitor would sing by the window of the girl he wished to woo until she came out to either accept or deny his advances.

This ritual, seemingly endorsed by Charles Darwin (who wrote that the abilities necessary for making music were a good indication of a person's "reproductive success"), has evolved over the years, but in a city and a country that so reveres music, the musician is king.

It is said that the region's affinity with the guitar dates back to Spanish colonisation, when Spanish friars trained locals to fix and repair the guitars so as to avoid having to ship broken guitars to Mexico for repair. The locals soon took to making their own instruments and now the local industry is booming.

Experts can apparently hear the difference between a handmade and machine made guitar, and the wood too changes the tone of the instrument. But I'm no musician and simply marvel as Albert's fingers run across the strings. 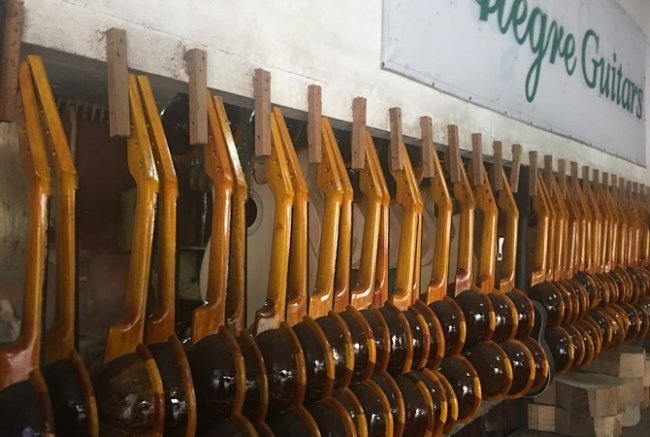 Other tourists begin to arrive, fresh from days spent in the sparkling waters of Mactan. They choose colourful cocoleles (a ukelele with half a coconut for its body) as souvenirs and Albert turns to play for them.

Later that day, as we drive past the colourful fences that line the streets of Lapu-Lapu, we suddenly notice how many of its citizens are playing guitars.

From the stalls along the road to the nighttime tourist entertainment, it's clear the guitar still features largely in the lives of the locals both in Cebu and across the country.

Despite its historic and recent struggles, the Philippines still ranks among the world's happiest and optimistic nations (according to a recent Gallup International poll) and, on an island as stunning as Mactan where music literally flows into the streets, it's easy to see why.

While in Mactan, Cebu, the writer stayed at Crimson Resort & Spa Mactan.