Ahead of the Australian GP in Melbourne, MARK HARADA discovers a whole different type of racing.

Baclaran: sounds like a racing car. That’s not where the parallels between this Manila neighbourhood and a grand prix end either: Baclaran’s roads take on the frenetic energy of a GP paddock, with vehicles – on two wheels and four – weaving in and out of its busy streets, moving along, and across, roads with a bravado normally reserved for racing car drivers. 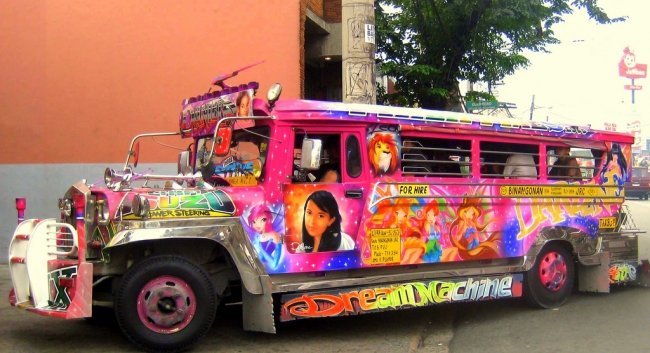 On Roxas Boulevard, arguably Manila’s most well known thoroughfare, ubiquitous jeepneys – the most common form of public transportation in the Philippines – peel off into an offloading and pick up zone akin to a pit lane.

Running perpendicular to Roxas Blvd, Redemptorist Road is abuzz with street markets selling clothing as well as knick-knacks and of course, plenty of food and beverages like fried fish balls, corn on the cob and pineapple juice. Barbecued ‘pusit’ (squid) fills the air, combining surprisingly well with the subtle smell of exhaust fumes.

Within the ‘track’ is one of Manila’s oldest, and holiest, churches – the National Shrine of Our Mother of Perpetual Help. On Sundays, the place fills with worshippers, who’ve made the journey from near and afar to attend mass in the Romanesque church.

Outside, in a huge undercover altar, prayers are said as pilgrims light and proffer literally thousands of candles everyday. For good karma, buy some ‘sampaguita’, aka jasmine (the national flower of the Philippines) and put a little cash in the donation box.

Just metres away from the church, but seemingly a world away once inside, is the calm Carillon Coffee Shop. Air-conditioned inside, leafy and shady outside, it’s the perfect spot to refuel with some fine coffee, and prepare for another awesome lap of Baclaran.