The miracle of Boracay

We sent SCOTT PODMORE to see how the restoration of this world-famous destination was coming along following the controversial decision to close it to tourists. What he discovered was beyond all expectation.

The sea turtles of the Philippines have spoken. A year since Boracay officially re-opened after a sudden six-month closure ordered by the country’s President, the paradise island is being restored to its former glory as a much cleaner, more sophisticated and environmentally sustainable destination.

While there is still work to be done, Mother Nature has already weighed in with her approval. The turtles have returned.

The big question on everyone’s lips was whether the bold and brash decision to close down the island in the face of a billion-dollar tourism year and subsequent disruption to the lives of its 30,000 inhabitants was a good one. 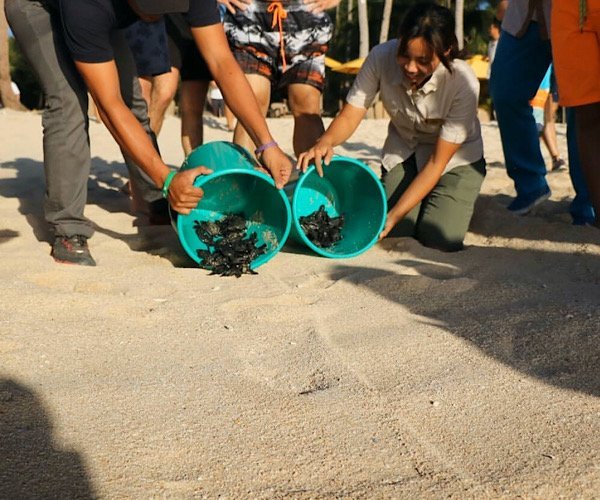 A big, infectious Filipino smile can’t contain her joy as she shows me around the Shangri-La’s impressive eco-centre, clearly her second home.

Cris, as she’s referred to by colleagues, comes well credentialed, but her work is driven from the heart.

“It was significant and an emotional time for the entire island, not just our resort,” she says of the moment the Olive Ridley turtles decided to come back.

“After they laid their eggs and were ready to hatch, it was a great celebration by the guests as well as our team. After having no turtle activity for so long we had 63 hatchlings released in February. It was beautiful.

“And apart from the obvious clean up taking place, it was nature’s way of letting us know that the health of our environment had improved.” 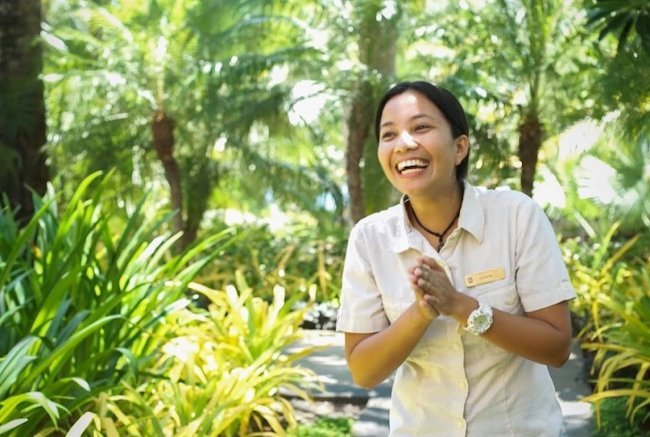 Sea turtles are “keystone species”, Cris explains, making them an important part of the environment playing a role in maintaining a productive coral reef ecosystem and transporting essential nutrients from the oceans to the beaches and coastal dunes.

There are other encouraging signs that Boracay is mending. Only last month the island reclaimed its number one spot on the ‘Top Islands in Asia’ list of the Condé Nast Traveler 2019 Readers’ Choice Awards. Even the Instagrammers are back.

President Duterte’s proclamation was based on his view that the island had become a “cesspool… in a state of calamity,” largely attributed to waste management problems, environmental concerns and out-of-control beach parties that eventually translated to over-tourism wreaking havoc.

The president didn’t mince his words either: “You go into the water, it’s smelly. Smell of what? Shit. Because it all comes out in Boracay.”

His decision was bold, dictatorial, but pure with intent. But what about the people? 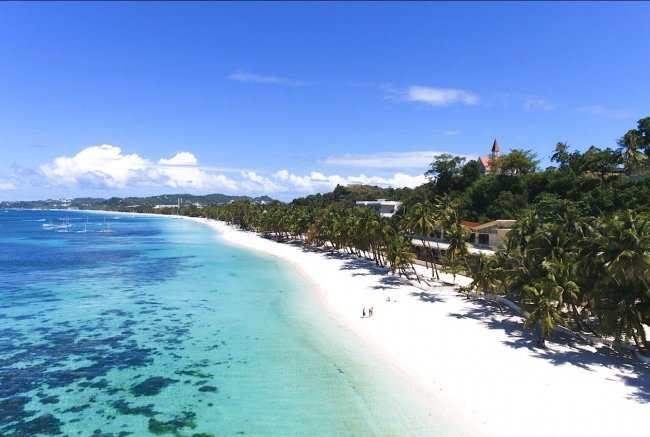 Before the closure kicked in, Jojo Clemente, President of the Tourism Congress of the Philippines, said in Time magazine the government’s main concern was for the more than 30,000 people who worked on the island that would be displaced.

This consisted of about 17,000 people in Boracay directly employed in hospitality with another 17,000 informal workers selling boat trips, island hopping tours and vending souvenirs.

While many of the island’s resorts either re-deployed staff to hotels in other regions or countries, the government provided other business owners and locals with temporary jobs in construction or rebuilding services. There was small compensation to help others with no immediate alternative to get by.

Not everyone was happy, of course, especially some tourism and hotel operators cashing in on the unregulated frenzy of tourism revenue flowing through, which suddenly halted. The party was over.
The seven-kilometre-wide haven of Boracay, set in the Aklan province of the Philippines, has always been a regular feature on ‘World’s Best Island’ or ‘Best Beach’ lists for its white sands and clear blue ocean.

Tourism generated more than $1 billion for the year prior to the closure, according to the region’s tourism office, and a record two million visitors travelled to the tiny island during the same period. 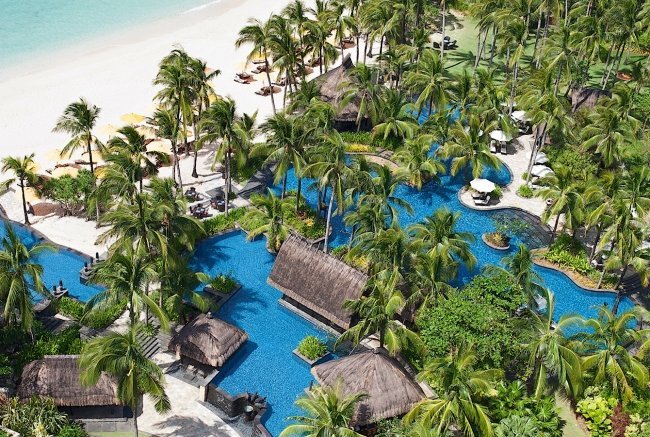 But poor waste and rubbish management along with over-development, illegal construction and over-tourism had become too serious. There were even cases of corruption at resorts, with building permits granted despite violating standards.

Fast forward to today and the plan is not only working, it’s providing inspiration.

Speaking with my buggy driver Jerome as we duck and weave through a bumpy 15-minute journey from Shangri-La to Downtown through a mass of construction work on the main road, huge underground pipes ready for installation and new buildings going up on the way to famous White Beach, he explains that in theory the works will be completed by the third quarter of 2020.

“But it will take three years,” he says with a furrowed brow in the rear-view mirror, though admitting the president’s decision “was the right one”.

Today, the works in progress wouldn’t pass too many health and safety checks back home but are a fleeting inconvenience – providing you look away occasionally – once you arrive at popular Downtown shopping area D’Mall.

It’s back to a hive of activity with restaurants, bars, tourist stalls and hawkers in full swing at Boracay’s main open-air shopping centre. A street market vibe sets a colourful and vibrant feast for the senses in a laid-back and safe environment. 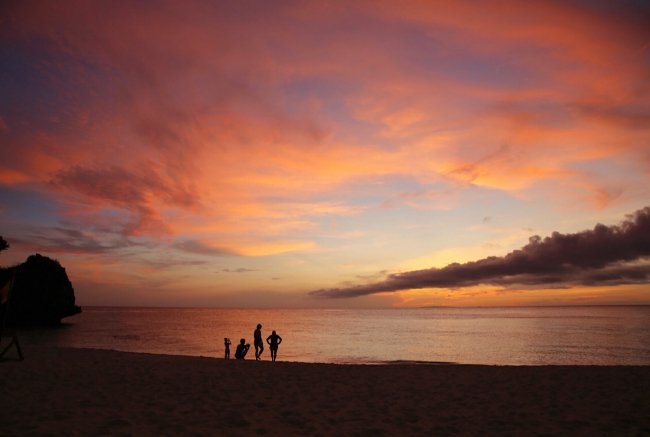 It’s also the gateway to all the splendour of White Beach where there’s a frenzy of kite surfing, jet skiing and one of the most beautiful beaches in the world. Talk about contrasting worlds across the road from each other.

“I’ve seen big changes over the years,” Jerome continues. “There have been big hotel developments, lots of traffic and problems with waste management in recent years.

“And the parties caused too many problems on the beach, it was pretty filthy and either the tourists were not aware of it, or they simply didn’t care. But that’s changed now. You can’t even smoke cigarettes on the beach now.”

Tourist arrivals by plane and ferry have also been capped to 6,400 a day. The wild beach parties have disappeared. Boracay has grown up.

Back at Shangri-La, the peace and solitude forces you to pause and reflect. The clear blue waters from Puka Shell Beach stretch out to meet the sky in an endless expanse as your view is framed by the foliage of Boracay’s lush hillside set in an eco-reserve.

Whether working hard on the streets or tucked away in a five-star resort the locals are passionate about the island’s health. 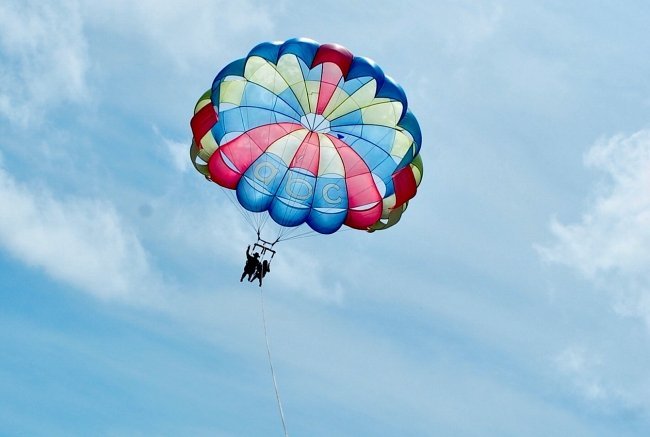 “We have a lot of sustainable projects that both take care of the environment and also the community… every week we have a beach clean-up whether you’re from the front office or a chef,” explains Cris.

“We also have coral planting: we collect those that have been dislodged from typhoons or large waves. We need to protect and preserve our beautiful Boracay. All of us need to come together. We all know that.”

A brash but pivotal call made by the president is also having a universal ripple effect as nearby Palawan begins its own community-driven clean-up and other island paradises such as Thailand’s Maya Bay, the tourist hotspot made famous by The Beach, starring Leonardo DiCaprio, begin in similar vein.

Saddled with the inconvenience of a rebuild, ultimately, Boracay is beautiful again.

GETTING THERE: Philippine Airlines operates multiple flights to Manila and many other destinations in the country from Melbourne, Sydney and Brisbane. Cebu Pacific also offers direct flights from Melbourne to Manila three times a week.