Upcoming festivals not to be missed in the Philippines

On the back of double-digit growth in visitation this year

In addition to the breathtaking beaches and stunning natural beauty of the Philippines, the Filipino culture and people are two of the main elements that is increasingly making this destination a hotspot for travellers from around the world.

There were over 3.9 million international arrivals to the Philippines from January – July this year, an increase of 10.92%, when compared to the same period last year.  These figures reveal that a growing number of travellers are realising the wonders of this incredible destination.  An essential part of the Philippines’ vibrant culture, is the colourful local festivals that take place throughout the year. 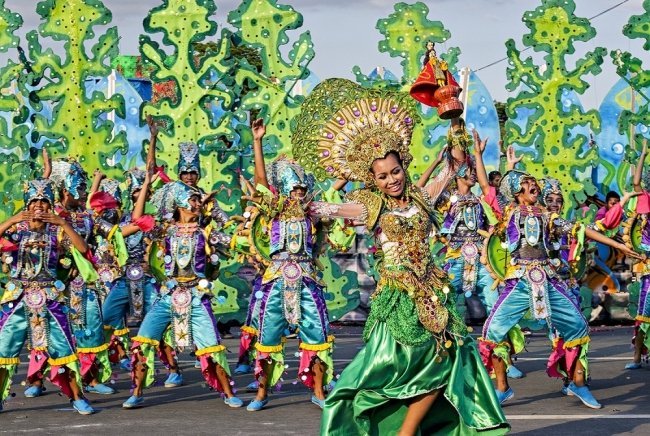 ·         January - Sinulog Festival is one of the most popular festivals in the Philippines, occurring in the third weekend in January.  The festival is held in Cebu in honour of Santo Nino.  It features traditional dancing, drumming, chanting, pageantry and sports.

·         January - Dinagyang Festival is a large celebration occurring in January in Iloilo.  The festival honours Santo Nino and pays tribute to the arrival of Malay natives.  The festival is about merrymaking and features performances, music and food.

·         January - Ati-Atihan Festival occurs on the third weekend of January in Kalibo, Aklan.  The festival’s name Ati-Atihan means ‘make believe Ati’s’ or ‘to be like aetas’.  It is known as the Filipino Mardi Gras and the celebrations usually last for a week, featuring costumes, face painting, music, dancing and a parade.

·         February - Panagbenga Festival celebrates the season of blooming and takes place in February.  The festival features floral floats and floral parades. Baguio City is transformed into a colourful display of floral arrangements with a delicate, sweet scent.

·         May - Pahiyas Festival is a colourful festival held on the 15th May each year.  Locals decorate their houses with arrangements, usually in the shape of leaves made from rice wafers.  Fruits and flowers are also used to decorate the homes.

·         October - Masskara Festival is an annual festival occurring in October. The name comes from two words, ‘mass’ meaning many and ‘Kara’ a local word meaning face. Participants wear masks with smiles and colourful outfits, a reminder of the resilience of the Bacoleñas. The festival includes street dancing, contests and electrical displays.

“The Filipino festivals are a spectacular sight for all visitors.  Each festival is tied to a tradition or celebration of our nation’s history.  They are filled with colour, costumes, dancing and food inviting guests to experience our unique culture.  I would encourage travellers planning to visit the Philippines in 2018 to explore the events and festivals that are taking place, as they will experience this wonderful destination like never before.”