Here's a hint, it's full of "gorgeous" calamansi

In Manila as the exclusive endorser of Contadina, a brand of pasta, olive oil and canned tomatoes, celebrity cook Nigella Lawson admitted a new found obsession with adobo, a dish loved by Filipinos across the world (and those who have ever had the privilege of dining with them). 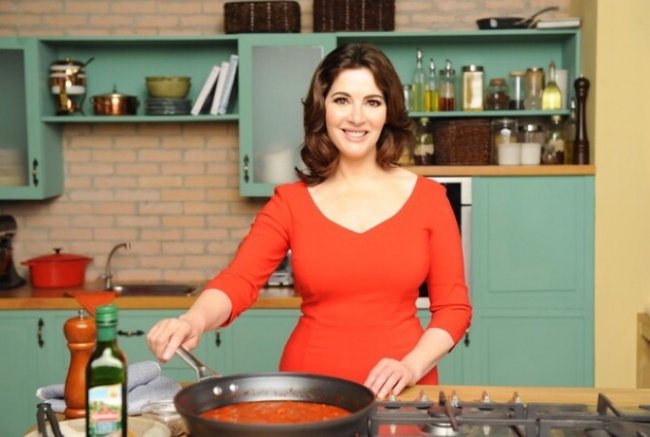 Adobo is basically anything you like marinated in vinegar, soy sauce and garlic, street food stall operator Angie Teodosio told me.

She throws some snake beans into a massive wok and asks if I want tofu. This is the vegetarian version of the popular dish.

According to the Philippine Daily Inquirer, Lawson told reporters recently "I can't tell you how many adobo variants I've had".

Don’t compare us to Thailand: Philippines

"There was a pork adobo with belly pork and another of pork and chicken with coconut. There was also one with liver and onions," she said.

Lawson dropped by the famed Salcedo weekend market in Makati, where she tried "an awful lot of food", including chicken inasal (marinated chicken served on skewers), but was desperate to go to a Filipino home "because home cooking is where all the flavor is".

But she did get to try calamansi, a small round citrus fruit similar to a kumquat. The verdict:

"I'm completely mad about calamansi! I think it's gorgeous."

Traveltalk attended PHITEX as a guest of the Department of Tourism Philippines. The writer flew to Manila with Philippines Airlines.