Why 2020 is a big deal for the Philippines

The popularity of the Philippines will see a host of new hotel openings next year. Plus, we look at the varied and colourful festivals happening across the country.

The Philippines is already home to some of the world’s most luxurious resorts and hotels, but due to the country’s increasing tourism popularity, further developments are currently underway, with many scheduled to open in 2020. 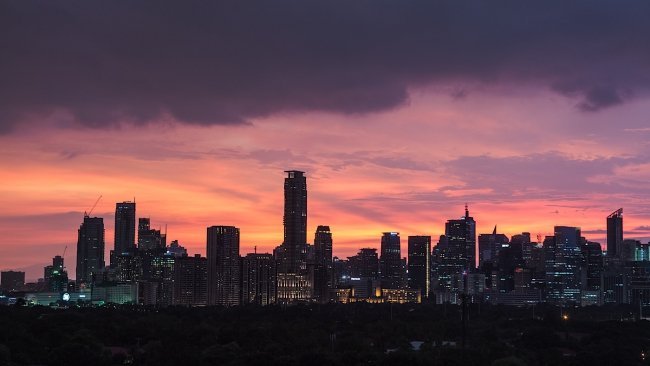 A luxurious revamp and rebrand of the existing Maxim Hotel will give way to the upmarket Ritz-Carlton.

The hotel is to be unveiled by the first quarter of 2020 in the expansive Resorts World Manila.

The Ritz-Carlton brand has a long and rich history behind it, renowned for its array of luxury hotels and resorts that craft unforgettable travel experiences in the world's top destinations.

Seda Hotel has announced that it will expand its portfolio in the region over the next two years.

In 2019, the Seda brand is set to launch a second tower in Bonifacio Global City (BGC); Seda Residences Makati, and Seda Cebu IT (Information Technology) Park.

In 2020, the hotel brand also aims to complete Seda Manila Bay in Aseana City, and a second tower for Seda Nuvali.

Scheduled to open in 2020, the 188-room Hotel Okura Manila will be situated within Resorts World Manila, located near Manila’s Ninoy Aquino International Airport.

The hotel will be a state-of-the-art resort destination distinguished by its sophisticated Okura-style hospitality and will offer easy access to Manila’s business and leisure centres.

Guests will enjoy the comforts of spacious rooms and numerous dining options, as well as a pool and fitness facility. In addition to the great beaches and natural beauty of the Philippines, the Filipino culture and people are two of the main elements that make this destination an increasingly popular hotspot for travellers from around the world.

An essential part of the Philippines’ vibrant culture is the colourful local festivals that take place throughout the year, attracting travellers from around the globe.

One of the most popular festivals, Sinulog-Santo Nino Festival is an annual cultural and religious event which is held on the third weekend in January and routinely attracts around one to two-million people each year.

Sinulog 2020 will take place in January with the main festival held in Cebu City which is the centre of the Santo Niño Catholic celebrations in the Philippines.

Famous for its street parties, the merriments of the Sinulog festival often last for the whole month.

This popular event occurs on the third weekend of January in Kalibo, Aklan.

Often described as the Filipino Mardi Gras, the merriment usually lasts for a week, peaking on the third Sunday of January.

This is a religious and cultural celebration occurring in Iloilo City.

A showcase of the rich heritage and colourful history of the Ilonggo people, the event honours Santo Nino and pays tribute to the arrival of Malay natives.

The colourful festival is about merrymaking and features performances, music and food. 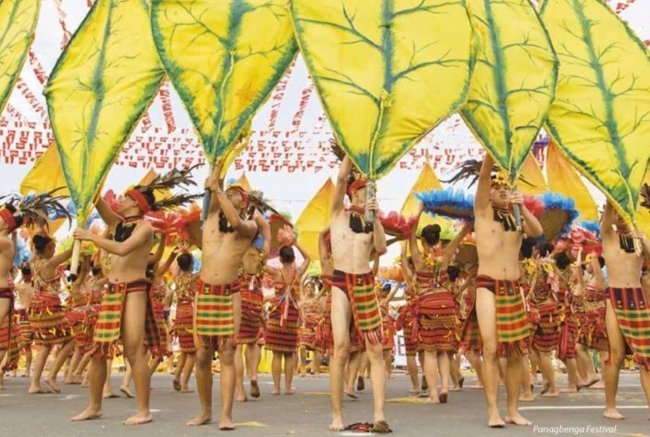 An annual month-long flower festival held in Baguio City to celebrate the season of blooming.

Created as a tribute to the city’s flowers, the festival features floral floats and parades, and street dancing.

The whole city is transformed with colourful displays of floral arrangements with a delicate, sweet scent.

The Malasimbo experience is a celebration of music from international and local acts together on one stage while enjoying the natural surroundings and promoting the value of environmental sustainability.

At Malasimbo there is no plastic, the food is served in coconut shells and banana leaves and the cutlery is made from corn starch to help sustain and protect the environment. Tickets are on sale now.

Pahiyas is a colourful harvest festival held in May each year in Lucban, Quezon.

Locals decorate their houses with arrangements made from fruits, vegetables and colourful kiping, a leaf-shaped wafer made from rice and dyed with food colouring.

This annual festival occurs on the fourth Sunday of October in Bacolod.

Featuring street dancers in colourful costumes, masks and headdresses, the month-long festival is often referred to as the happiest and most vibrant festival in the Philippines.

Participants wear masks with smiles and colourful outfits, a reminder of the resilience of the Bacolenos.