A mullet festival is coming to Australia

…well Queensland to be precise. Because if there’s anything Queenslanders know about, it’s how to have a party in the back.

This Friday in Redcliffe Skatepark, a group of like minded individuals will gather to embrace and celebrate mullets. 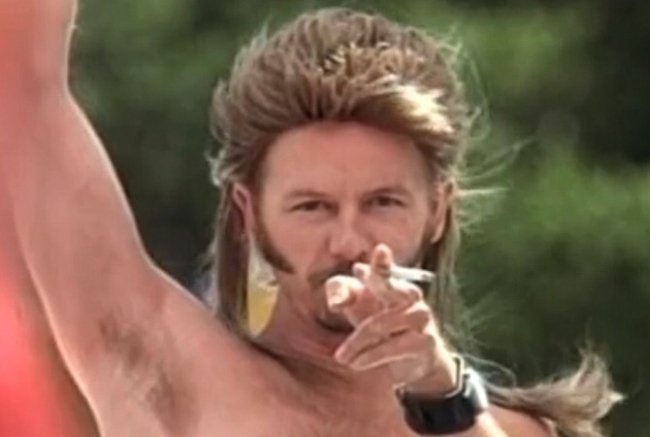 For those unlucky few who still think of a fish when they hear the word mullet, you’re not entirely wrong.

“The mullet fish basically has no neck, and a fish rots from the neck down,” an article in Grand Royal reveals.

“So that may be where the slang [for the hairstyle] derives from, especially since most human Mullet Heads achieve this same effect via excessive hair and musculature.”

According to the Oxford English Dictionary, the hip-hop/punk band Beastie Boys “apparently coined, and certainly popularized” the descriptor in the 1994 song “Mullet Head,” in which Ad-Rock sings, “You wanna know what's a mullet? Well, I got a little story to tell about a hairstyle that's a way of life,” and “Cut the sides, don't touch the back.”

At the time of writing, 2,600 people intend to attend Mullet Fest, with another 6,900 interested.

“Its all about the mullets. If you got a filthy peice of mullet on the back of your head. Rock up. Drink up. And make sure that mullet is flaring,” the Facebook event description reads.

While attendees will likely be there to meet those who truly appreciate the mullet, there are prizes on offer too.

“At the end of the day they will be an award for most disgusting, but beautiful mullet. And a prize of a 50 deck of winnie blues and a 6 pack of your choice. So come on down for a bogan day out.”

Considering the cost of cigarettes these days, the prize is a big one, but I’m guessing the winner will more likely be in it for the prestige.