Be among the first to visit

Open to international travellers for the first time in recent history, AlUla is a fascinating immersion into Arabia’s rich culture and deep-rooted history, surrounded by a breathtaking natural landscape. 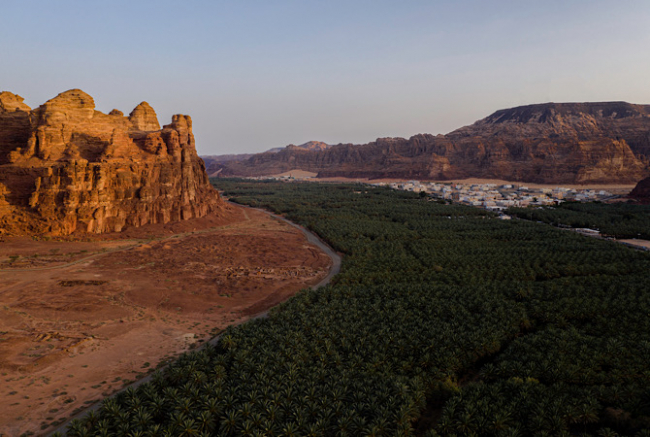 Once upon a time, AlUla was a thriving hub of activity.  Located in the northwest of the Kingdom of Saudi Arabia, the ancient city was a beacon of hospitality for thousands of years, as a crossroads of the incense trading route and the pilgrimage route.

Today, AlUla is a must-visit destination for discerning culture and heritage travellers seeking a new and meaningful travel experience.

This is the first of a three-part series on AlUla.  In this edition we focus on “three H’s”: heritage, hospitality and the Habitas Hotel.

An Ancient Tradition of Hospitality

“The people of AlUla have a rich ancestry and are resilient, self-sufficient, and of course, they love welcoming guests,” says Ahmed Alimam, the first rawi (traditional Arabic storyteller) of AlUla. 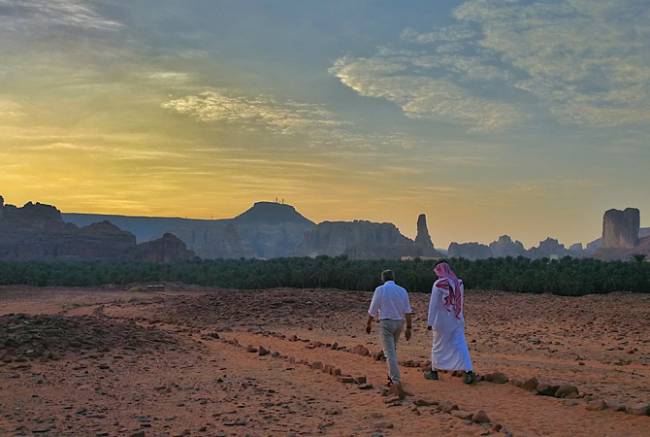 Rawis are a special class of tour guide, each has a specialist knowledge of the heritage sites, as well as their own family history to share.  Historically rawis are highly regarded and celebrated for their abilities to captivate an audience with their gripping tales and poetry.

AlUla has many landmarks of unprecedented historical and cultural significance offering visitors the chance to learn about its 200,000 years of human legacy and ingenuity.

Hegra is Saudi Arabia’s first UNESCO World Heritage Site and an ideal place to start to explore the region The Nabateans established Hegra as their principal southern city (with Petra as their principal northern city) in the mid-first century BCE.  Comprising 52-hectares, the stunning site is home to over 100 monumental façade tombs carved from rock formations with detailed inscriptions. 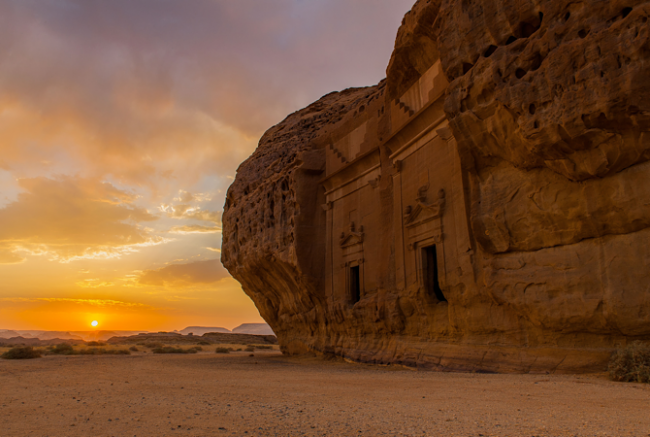 Centuries older than Hegra, is Dadan, one of the most developed 1st millennium BCE cities of the Arabian Peninsula.  The ancient capital city of Dadan is shrouded in mystery. We know it was a highly organised and prosperous kingdom.  But when did the Dadanites become the Lihyanites?  What do the massive Lihyan statues of Kings left behind tell us? Experts speak of a complex and cultured society of people, the most sophisticated of its era.

Some of the answers await at nearby Jabal Ikmah, often referred to as an ‘open-air library’. 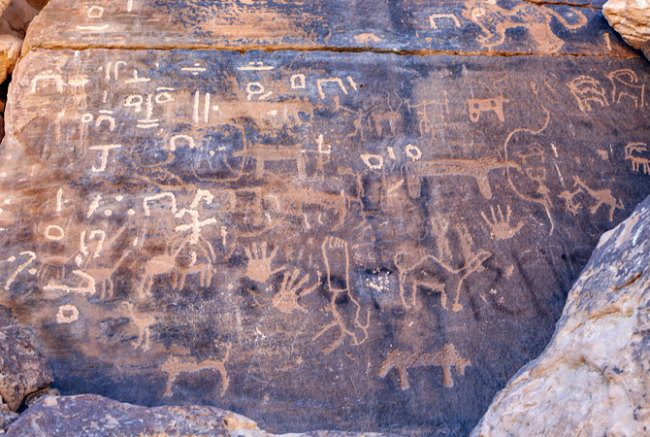 Here centuries ago, passing travellers left their mark in the rock face – today it is home to the highest concentration and most varied inscriptions in AlUla, offering insights into ancient every-day life.

Ongoing archaeological work continues to fascinate visitors to AlUla with excavations continuing to contribute to a better understanding of the significance of the Arabian Peninsula.  Recently, evidence of the oldest domestic dog was discovered by Australian archaeologists, pre-dating other examples by more than 1,000 years. For the very first time in its 700-year history, AlUla Old Town is open to the public.  Explore the labyrinth of mud brick buildings and take a tour of the town with a rawi, including Musa bin Nusayr Castle, a citadel overlooking Old Town, dating back to the 10th century. Shop for locally made arts and crafts, souvenirs and homewares.  Local specialties include one-of-a-kind hand-crafted ceramics, products containing the magic Moringa oil, natural soap, precious stones and citrus stalls. 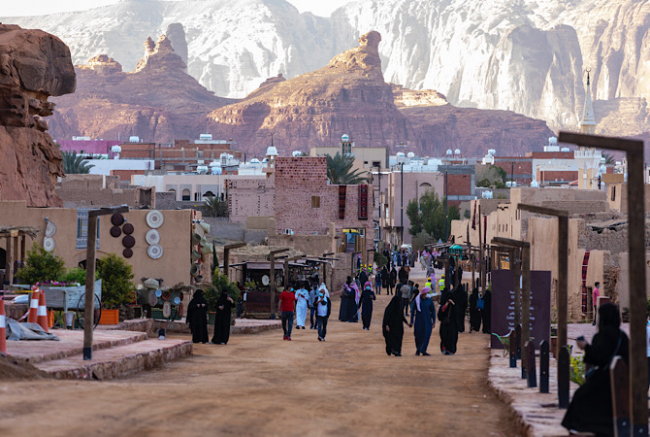 Hotel in the Spotlight – Habitas AlUla

Opening in October 2021, Habitas AlUla is a stunning five-star property with 100 rooms, surrounded by spectacular sandstone cliffs and palm groves.  Habitas features a yoga deck, wellness and fitness centres, a restaurant and a swimming pool. Every room is made from ethically sourced organic materials that blend seamlessly into the natural surroundings.

Activity programming is at the core of creating magical moments at Habitas.  The property has six programming pillars, which include: wellness, adventure, culture, learning and F&B are authentic collaborations with the local culture and nature. The cuisine in the restaurant explores the flavours and spices once traded along the incense route, offering an immersive culinary journey through time.

Music sunset sessions with melodies from the oud and the riqq are a regular feature at Habitas, as are the on-site spa therapies infused with jasmine, frankincense and the Taif rose.

“We believe that luxury is something that cannot be bought or sold; rather it is a feeling that exists in the experiences and memories we create with others. We call this luxury for the soul.” 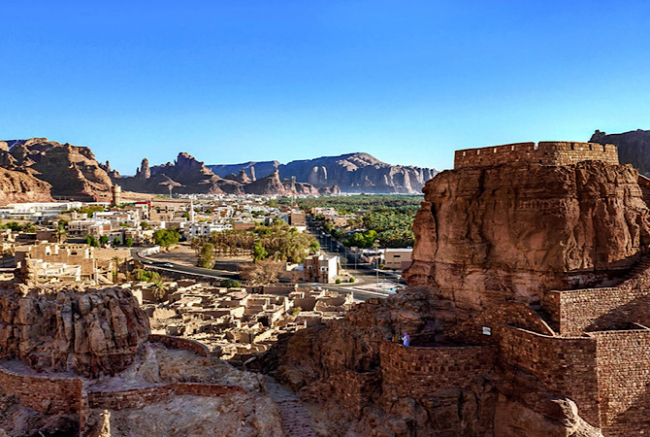 How to get to AlUla

AlUla is a short flight (under two hours) from Riyadh or Jeddah which are serviced by several airlines flying from Australia.

Upon arrival into AlUla’s Prince Abdul Majeed Bin Abdulaziz International Airport (ULH) guests are greeted with a newly refurbished and modern airport. The journey from the airport into AlUla is roughly a 30-minute drive.

Alternatively, by road, AlUla is six hours drive from Petra in Jordan or seven hours from Jeddah and ten hours from Riyadh. 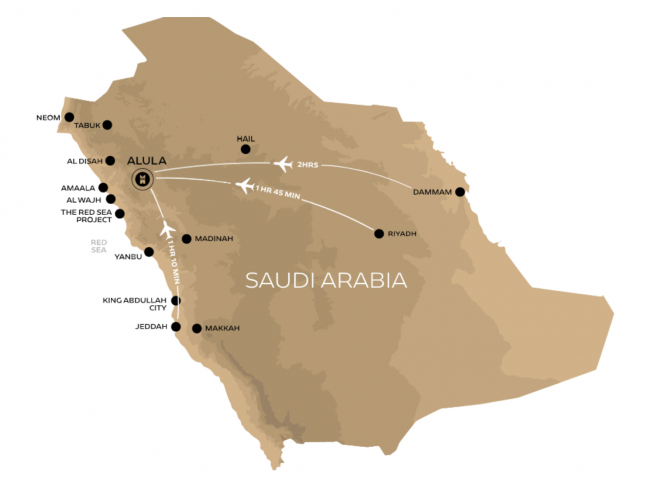