Facing off in Savo

In the Solomon Islands, MARK HARADA meets some locals whose welcome is so warm, it’s almost fiery. But there’s no squabbling in this square-off... In Kuila village on Savo, an island just over an hour away by small boat from Honiara, there are locals that want to get in your face - literally, though in the nicest possible way.

Adjacent to Sunset Lodge, the hamlet’s only and very basic accommodation property, we’re given a local song and dance performance as authentic as you would expect to find in a place so untouched by tourism.

The women are first up. Our guide on the island, Cassiano, says their dance is unique to Savo. And we’re told it involves interpretations of inter-island feuds, with fauna like local brown birds also represented.

But this is dance and song that doesn’t need to be understood to be felt. Slow yet stirring, it seems more traditional than tourist too; with the dancers scantily clad, there’s no watering down of customs here. 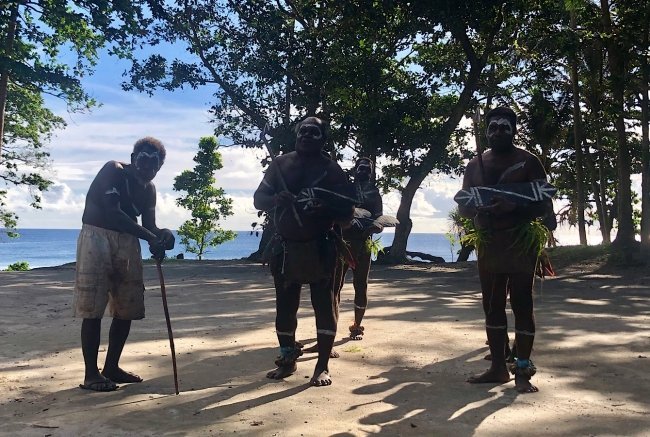 Following a few tunes, the men come next. In rows of two they begin their song, with barely a note out of key. To one side, an elderly man does nothing more than oversee proceedings, not speaking a word but saying volumes.

In rhythm to the music, the men approach the small audience - myself, and just four or five other visitors.

They inch closer, sidling up like a pair of parallel snakes. And then, the head of each line swoops suddenly into our faces. Like well-schooled performers, their expressions don’t change; mine does, though ever so slightly, to one of bemusement and surprise.

Groups of children who are watching on either side of us erupt in laughter each time we face off with the performers. And we appreciate their reactions almost as much as the show itself.

Cassiano says that when visitors come, the whole village turns up. And while it mightn’t be the whole village, it does seem like most of them are here. This is certainly a performance, and village, we won’t forget for a long time. 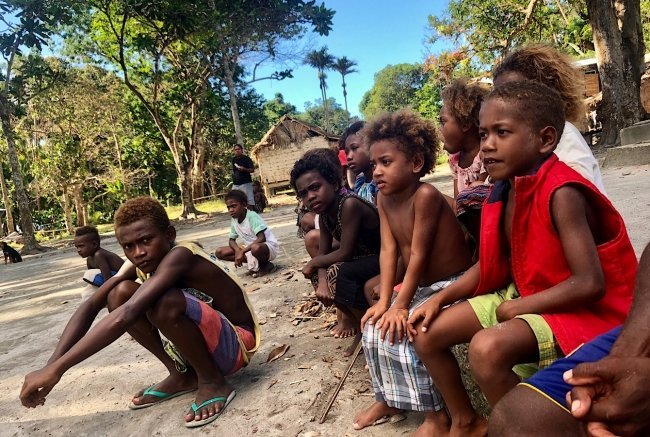 Elsewhere on Savo, you can hike to the outer edge of a volcano. It’s a three hour return trek - at first up a dry river bed, then through verdant forest - and at times it does get a little challenging. But myself and another walker in our small group still manage to do the trek in flip-flops.

As we near the top of the hike, the trail becomes a natural hammam. The small creek we’re following, once running with cool water, turns warm, then hot, then boiling, as steam spirals upwards.

This is not an adventure for the faint hearted. But it is indeed an adventure to what Cassiano calls the ‘Centre of Savo’.

Traveltalk was a guest of Tourism Solomons. While in Honiara, the writer stayed at the Heritage Park Hotel. Visitors can either take day trips to Savo (easily arranged in Honiara) or stay on the island. Cassiano on our hike