The only traffic in Gizo is underwater and none of it is human. As MARK HARADA emerges from its depths, he understands how the Solomon Islands got its Hapi Isles moniker. 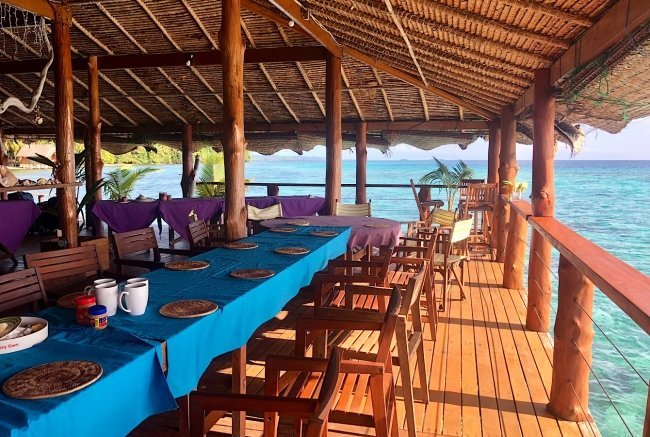 A visit to Gizo, capital of the Western Province of the Solomon Islands, can mean many things. Travellers come to dive, snorkel, surf, fish, or just while away time in a place where time's almost forgotten.

Here, one can experience island hopping in its truest form: from wining and dining across isles to grocery shopping for a homestay in Gizo town. Resorts are all accessible by boat, with many located on their own islets. Even the airport is on its own island.

The most popular tour around here, but one on which you won't actually see another tourist, is the 'triangular' tour. By way of small motorised boat, of course, it takes in Gizo town, an isle dubbed 'Kennedy Island', and usually a visit to Mbabanga village. 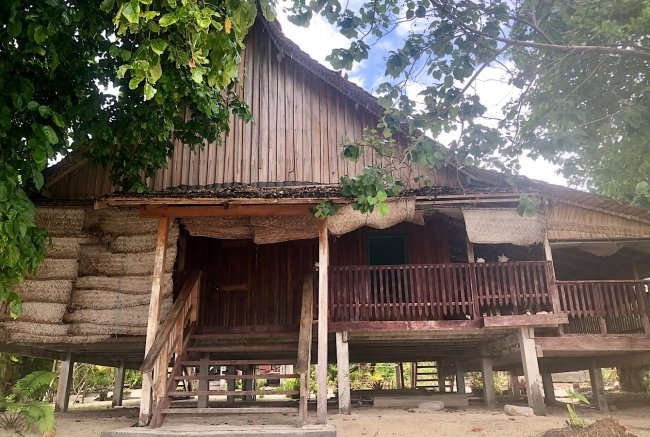 As we pull into Gizo's wharf with local guide Nelson, the main street is bustling. It's largely down to Independence Day celebrations, but it's also the only street of note in the Solomons' second biggest town.

With this in mind, a tour of Gizo doesn't take very long: it's really just a stroll down the road and back, but it's an interesting insight into the way locals live.

In between markets, general stores, the odd bank and bars, you'll even spot cylindrical steel structures still standing from World War Two, of which the Solomon Islands wrote a remarkable chapter (in short, it was here - the Battle of Guadalcanal more precisely - that Japanese forces were turned around by Allied forces).

In Dive Gizo, you can pick up any number of trinkets (and obviously arrange some scuba diving), or stop in for a quick drink and some people watching at Gizo Hotel. 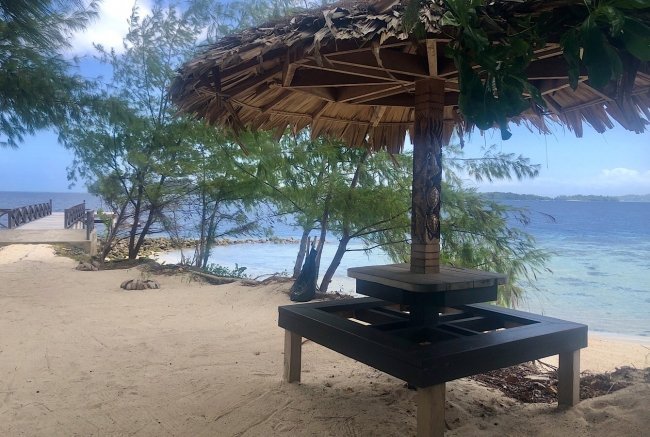 Kennedy Island, which is ironically owned by a local also named Kennedy, is a stunning small islet to which a young Captain John F. Kennedy swam, along with the crew of a sunken vessel during WWII.

But more than that, it's just a beautiful place to swim, snorkel and simply soak up the sun among softly swaying trees and whiter than white sand beaches.

Despite recent attempts to jazz up the place, with a new monument and picnic tables, you'll likely have the place to yourself too (except for 'caretaker' Joel, who's happy to have a chat).

Here, we also have a barbecue lunch, which comprises buttered lobster (that almost runs on tap around these parts), tasty tuna, traditional vegetables (mostly of the root and green variety) and fruit as fresh as the air. Washed down with a SolBrew or just a soft drink, the lunch is (almost) equal to the view, which today also includes jumping skipjack tuna a short distance away. 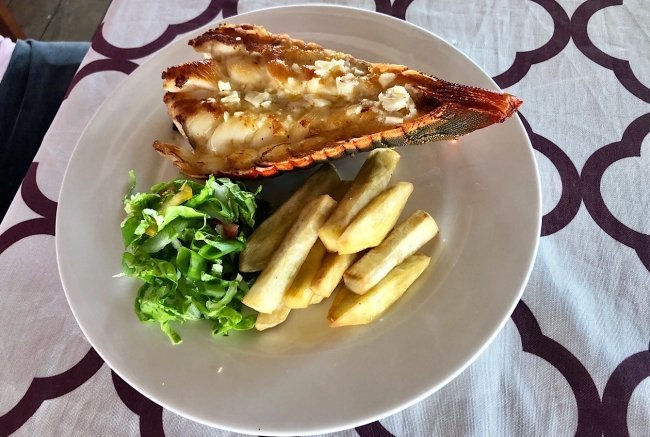 After our meal, Nelson tells us it's almost a rite of passage to jump from a small pier at the island, which I do with joy (several times). Good times are hard to avoid around here.

A short boat ride from JFK, Mbabanga is a village where Micronesian and Melanesian cultures meet. Here, you'll find villagers sweeping in stilted homes of wood and thatch, children playing or bathing in the salty sea and a small school.

At the centre of the village stands a modest church. If you come around Mass times, you can even listen to some sweet gospel hymns. Just be prepared to be smiled at. A lot.

Another trip, and one which can be done on the same day as the triangular tour, is a visit to Njari Island.

The white sands at Njari could be a drawcard in themselves, but the isle's real appeal, like many things in Gizo, lies in its water. Wade out into the bright blue, and you'll be rewarded with some of the best snorkelling you're likely to do anywhere in the world (and I say that as someone who's snorkelled in a lot of places). 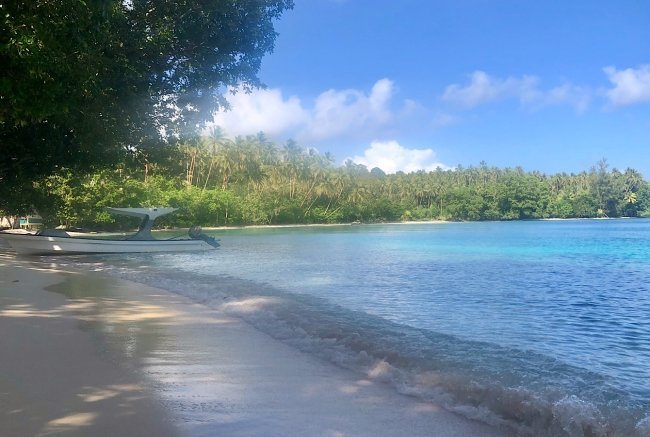 Here, you can swim among colourful coral all by yourself; and there's no bleaching, as evidenced by the magnificent yellows and pinks of the reef.

As I snorkel near a point where dazzling colours give way to a deep, dark and almost scary blue, I even spot a few black tip sharks (which by the way are harmless...).

Not far from where we're swimming, about 50 metres out from shore, we're told of a spot called 'Grand Central Station' where in one dive some 265 different species were said to have been spotted. Swimming here, with visibility this good, I'd believe it too.

Alternatively, you can just sit on a bench, which has been cleverly built over a rusty wreck, watch the water and listen to beautiful birdsong. Strangely, in a place so tranquil, you might even spot a stray bullet on the island, left over from 75 years ago, as our guide does.

Nelson says that every step in the Solomons is like a step into history. Around here, it's also a step into the big blue.

The writer was a guest of Tourism Solomons.