Enter the Dragon: a heli ride like no other

One of the shortest tours MARK HARADA has joined turns out to be one of the most amazing he’s ever done, in South Africa’s Drakensberg. 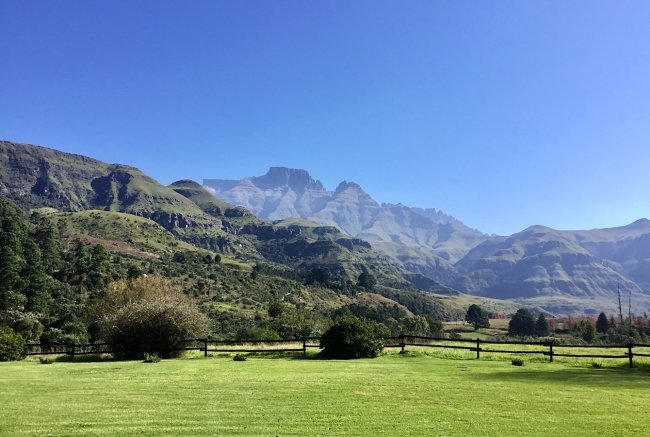 The Drakensberg from Champagne Castle

Nelson Mandela was speaking figuratively when he famously said that “after climbing a great hill, one finds that there are many more hills to climb”.

But South Africa’s first freely elected leader could easily have been talking about The Drakensberg (Dragon’s Mountain), such is the size of this part of the Great Escarpment mountain range, which divides South Africa from Lesotho.

One could be forgiven for confining themself to a corner of The Drakensberg, especially at a place like Champagne Castle Hotel. From here, there are expansive views of the mountains, excellent walking trails and horseriding tours. But why stop  there? The mountains certainly don’t. 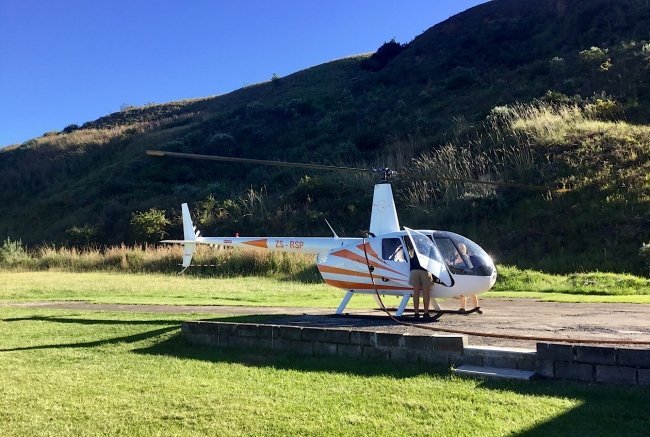 A short drive away from Champagne Castle, Westline Aviation exclusively offers private helicopter rides over parts of the Drakensberg, from the 30-minute Champagne Stopover, which includes a landing at the Little Berg (with accompanying high altitude bubbly) to the Romantic Picnic for Two. It also offers ’heli-biking’ trips, and excursions to game parks and nearby battle fields, as well as private charters.

Today, I’m taking off on the 15-minute Scenic Flight, which despite its short duration is still a mind-blowing experience. A steal at just 980 rand, (around AU$98) the flight takes us from Dragon Peaks up to the main escarpment of the Drakensberg and back on the company’s nimble Robinson R44 chopper.

Our heli pilot, Rehnear, has a sense of humour. When I ask him how long he’s been flying for, he replies, “since Tuesday”. 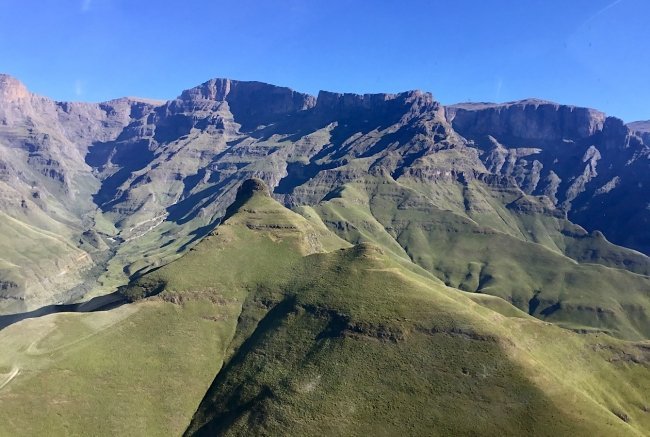 But he obviously takes his job seriously, and seriously loves his job. Last year, he flew around 1500 times up to the mountains; he’s done over a dozen trips today.

“You can’t imagine how much I love my job,” Rehnear says through our two-way head pieces.

But it’s easy to imagine. As we cross a ridge that brings the escarpment and other peaks into full view, he welcomes us to “his office”. And a more beautiful office I don’t think I’ve seen, especially in the picture perfect weather we have today.

With some dizzying summits, the Drakensberg stretches out before us almost like a crumpled map. A couple of the peaks, Rehnear identifies, but their names are quickly lost on me, as the next views take their place. 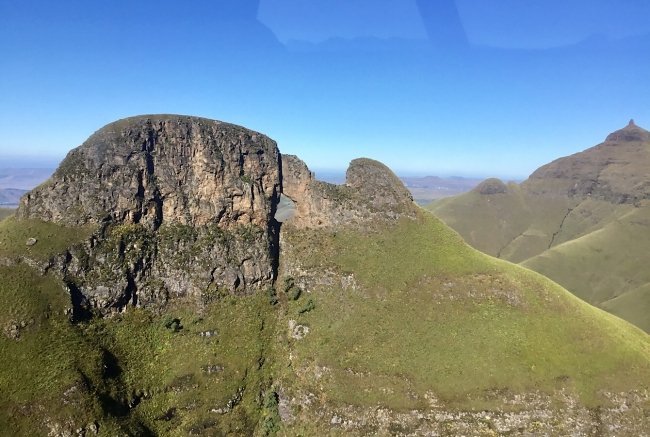 One of the highlights is a passing look at “the hole”, a see-through gap in one of the rock summits - for which Rehnear warns us to have our cameras ready.

After reaching an altitude of about 7000 feet, in the depth of the escarpment, we turn around for our quick trip back to base.

Flying at approximately 160kph, and even past some vultures at our level, it’s a fast descent. But this is 15 minutes that will linger long in my mind.

Where to stay? There are numerous resorts in the Drakensberg region, but for its spectacular views and wide array of accommodation types, Champagne Castle Hotel is hard to beat. 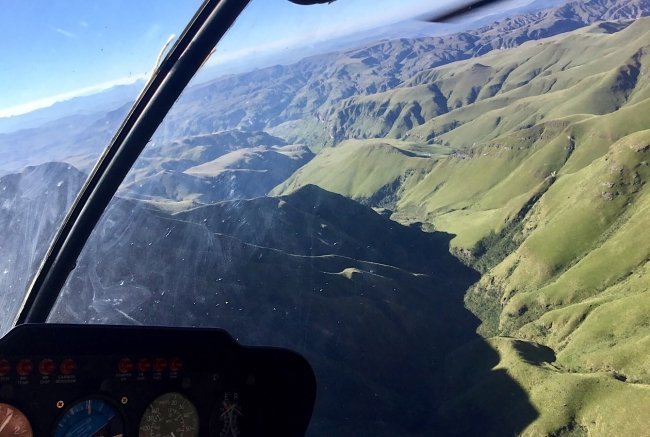