South Africa wasn’t on the travel radar for ALEX LEE, Travel Consultant for Travel & Cruise Bright in Victoria. So why is it now one of her favourite destinations in the world?

I have to admit, before I became a travel agent, Africa wasn’t really on my list of places to go. I’m a cold weather lover, preferring mountains and snow, and naively saw Africa as a hot, expensive, far-away place. 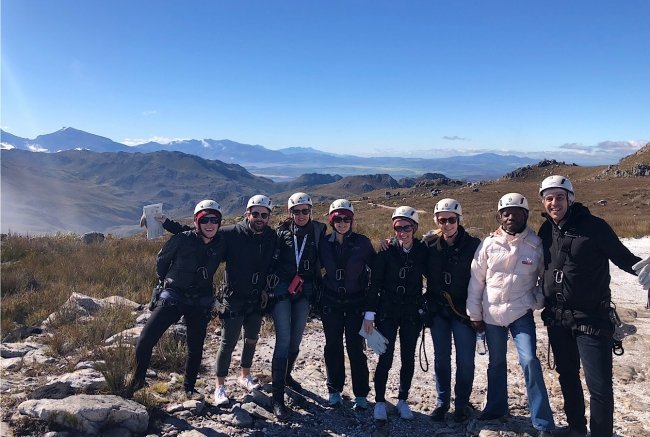 During my years working as a travel agent though, I started seeing a consistent pattern. All of my clients and colleagues who travelled to Africa came back absolutely raving about their experiences and telling me the same thing: “you must go.”

My opportunity to finally visit the country came recently with five other lucky agents on the specialist famil run by the South African Tourism Board and South African Airways.

I discovered that South Africa is neither expensive nor far away (thanks SAA), there are beautiful mountains there (and snow) and it’s now one of my favourite countries in the world.

What we saw in 10 days in South Africa shows the diversity that this country has to offer – there’s truly something for everyone here. 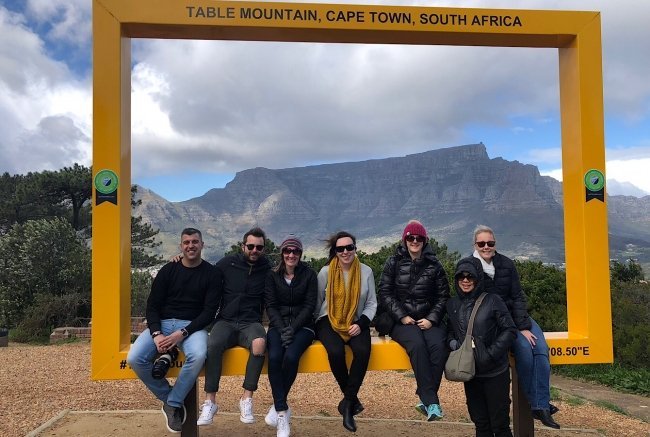 Our adventure started in the spectacular winelands region of Cape Town – we stayed in the stunning villas at L’Ermitage Franschhoek on a lake overlooking the surrounding mountains.

We visited local wineries by motorbike sidecar and ate some delicious local produce, quickly discovering that food and drink in this country is very cheap – a beer costs around $3 and a nice bottle of local wine at a restaurant around $10 – a fact that we took full advantage of.

And the food! We indulged in seafood platters, biltong, cheese tasting and even dined with a local family at their home in Stellenbosch.

The Elgin Valley was a surprise package, only90 minutes from Cape Town off the regular tourist trail – think rolling hills, wineries, lakes, mountains and friendly, laid-back locals. We did a ziplining adventure here and it was a fun way to see the area. 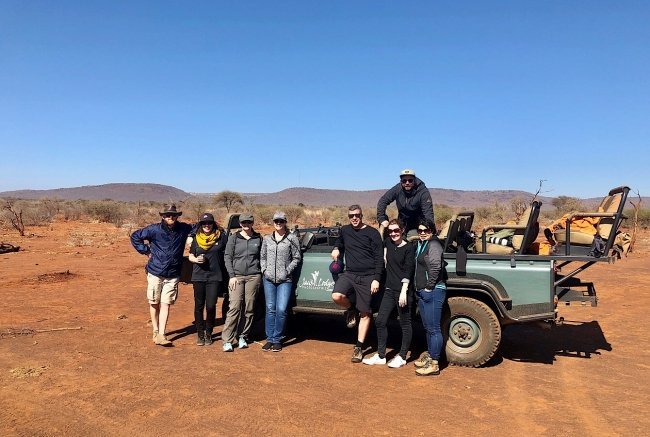 From the beautiful coastlines and fun nightlife of Cape Town, it was back onto a SAA plane to Johannesburg and onto a one-hour FedAir flight up to (malaria free) Madikwe Game Reserve.

Upon approach into Madikwe, we spotted zebra and giraffe from the plane and the excitement stepped up again.

Landing on the Madikwe airstrip and dodging the elephant poo, we met our guide Pierre from Jaci’s Lodges, donned our safari hats and prepared ourselves for an incredible four days of safari game drives and beautiful accommodation at both Jaci’s Tree Lodges and Madikwe Safari Lodge.

A leopard cub up a tree, a two-day old elephant learning to use his trunk, a cheetah pair on the prowl and a rare caracal sighting were highlights. 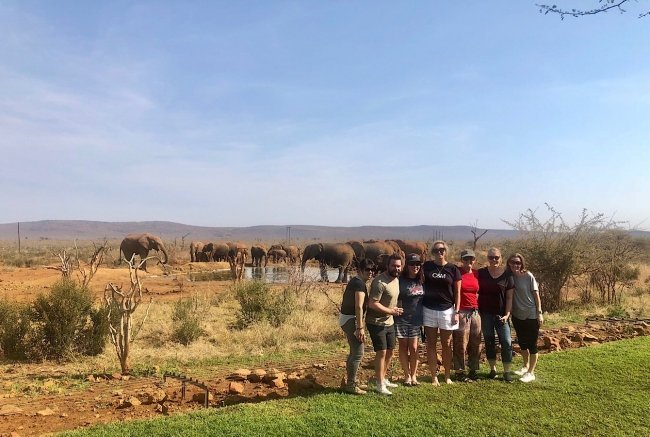 Giraffe, elephants, rhino and zebra all became the norm as we relaxed into the safari groove.
We bounced out of bed for 5:30am wake up calls, spectacular sunrises, sundowner drinks and delicious dinners under the stars, with the sound of trumpeting elephants and roaring lions in the background, which was absolutely surreal.

The only problems we had were trying to decide if the baby rhino or baby elephant was cuter and thwarting a thieving baboon with a taste for toothpaste.

After this trip, I now share that sentiment of my clients and colleagues – South Africa is somewhere that everyone must go. 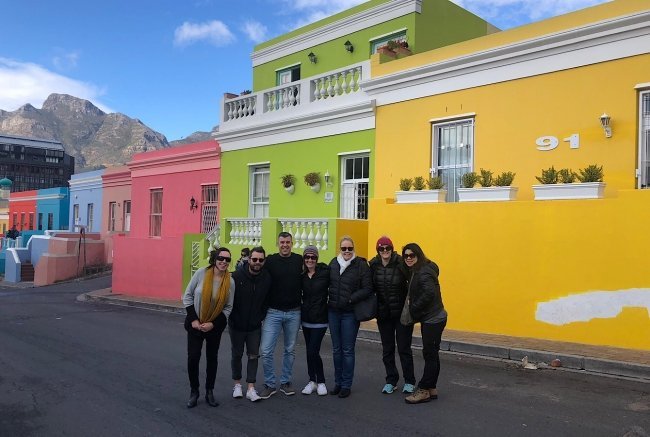