“Africa has long been regarded as the world’s Eden. The time has come to bring the world home, to the cradle of humankind, Africa.”

These were just some of the stirring words from South Africa President Jacob Zuma in his address at INDABA 2017’s opening ceremony, in which he also pledged to make South Africa one of the world’s top 20 destinations. With an 8% increase in international travellers to Africa, and a healthy 13% increase to South Africa, African tourism is growing at twice the rate of the global average.

But whilst the numbers might seem impressive, these arrivals only represent 5% of global tourism, indicating the immense potential for further growth. With aggressive plans to attract 5 million more international and domestic travellers in the next 5 years, Mr Zuma went on to announce a new national campaign called WE DO TOURISM.

The main idea behind the initiative is to challenge every South African to play his or her part to contribute to tourism. “We are ready to work in partnership with our sister countries on the continent, and with our partners in the tourism industry, to make Africa a destination of choice for the world,” he said.

“We will grow African tourism together and promote our beautiful continent, as we are doing this week at this INDABA. So let the show begin!” 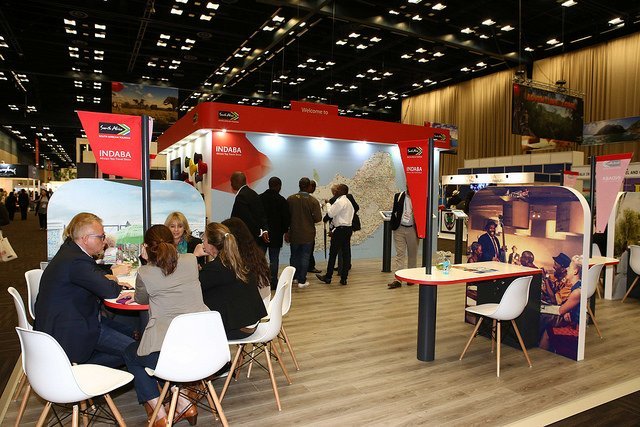 In its 35 years, INDABA has made its mark as Africa’s premier travel trade show, showcasing a massive variety of products and experiences for all travel sectors while providing an invaluable opportunity to network, share ideas and do business.

Almost bringing the house down, delegates erupted when Mr Zuma ended his speech with the announcement that Durban had won the right to host INDABA for the next 5 years.

For this self confessed Africaphile, the next three days are a festival of colour, music, energy and the most exceptional bucket list experiences on the planetm and it wouldn’t be the same if it wasn’t held here in sunny Durban.