Despite its natural attributes - salt-scented breezes, pretty flora and fauna, almost unparalleled views of an almost unrivalled city - Robben Island holds a dark past, but its story is still full of hope, and one that needs telling, as MARK HARADA finds out. 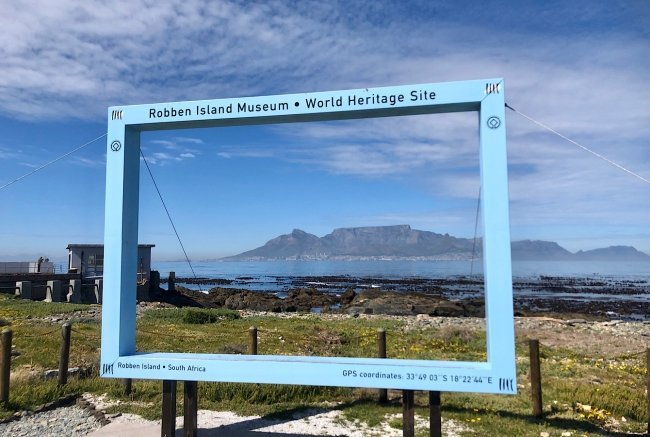 Like San Francisco’s Alcatraz, Cape Town’s Robben Island is a former prison with a view; unlike its Californian counterpart, Robben Island held only men of colour, and those were mostly political prisoners who didn’t belong there.

One such inmate was Nelson Mandela, whose incarceration here for 18 years (until 1982) is largely responsible for the island’s significance and indeed success as a tourist attraction. I know I’ve wanted to visit for a long time.

A trip to the World Heritage-listed Robben Island begins, appropriately, at the Nelson Mandela Gateway at Cape Town’s V&A Waterfront, where the lines are long but move quickly. 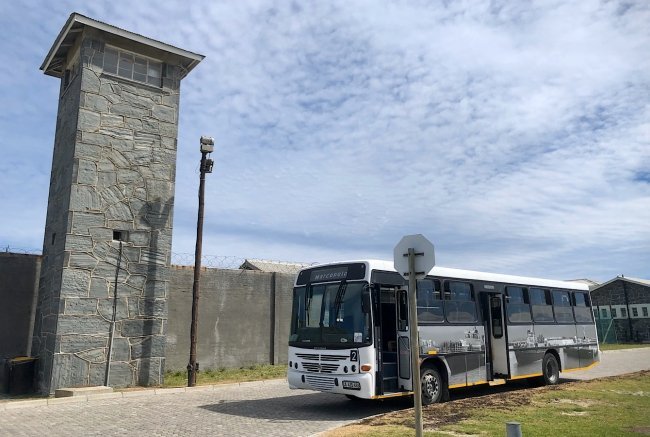 After a 30-minute boat ride on Madiba 1, which offers amazing views of the Mother City on the way out, we arrive at the island, where we’re quickly dispersed into large buses.

Addressing passengers as we tour the developed side of the island, charismatic guide ‘Kant’ draws plenty of laughs, to bring some humour to a place with a serious past. After the bus tour, “we take you to prison, where you’ll do some time”, he says.

Before then, we pass the oldest building on the island, an 1841 church where couples apparently come to get married, an 18-metre lighthouse which is the tallest building, a school that closed in 2011, guest house for visiting dignitaries, and lookout point with views back to Cape Town. We even see some antelope, but don’t spot any of the African penguins. 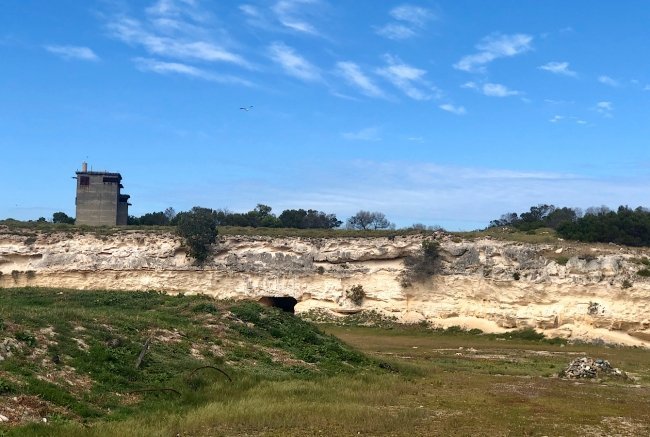 Most importantly, we drive past a stone quarry that was a meeting place for Madiba and his allies, many of whom would go on to become members of the cabinet of the first freely elected leader of South Africa. Much of the first constitution was even discussed here.

“I like to say the cave was first parliament of South Africa,” Kant says.

The quarry also produced the limestone which was used in the construction of some of the buildings on the island, and is even depicted on a new South African 100 rand note. 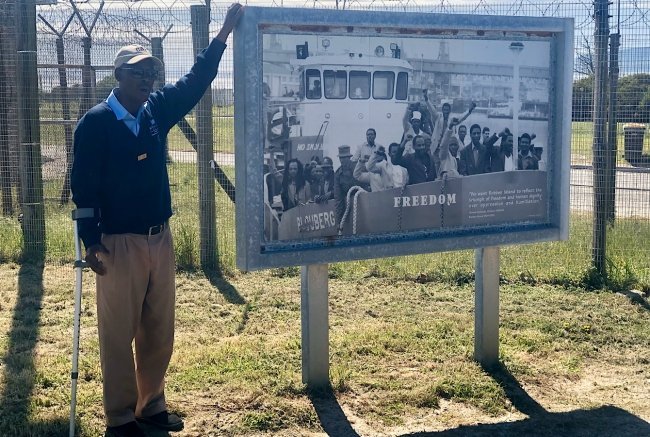 Greeting us for a walk-through of the prison blocks is Mwandhla Dumisani, a former inmate come guide, who was imprisoned here for  5.5 years until 1991 for ‘treason’.

This tour starts in a room filled with copies of admission forms, incoming and outgoing letters, and notes about rations that show what reality on the island would’ve been like for prisoners. But life differed among inmates.

In A section, Mwandhla says, new arrivals were held for up to six months, while B section housed leaders of organisations like Mandela; in C section, rule breakers would receive just water and sugar in the morning and evenings, and a small bowl of porridge for lunch for seven to 14 days. Isolated prisoners were even worse off. 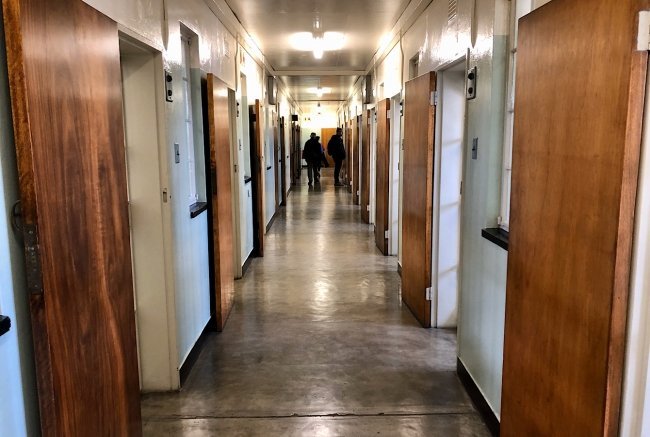 While those incarcerated would delight in a spot of gardening or occasional game of football outside, inside they would dwell in cells the size of walk-in wardrobes.

In B section, we’re led to a row of cells including that belonging to Mandela. Inside his room is a thin mattress with blankets on the floor, a tiny table and what appears to be a trash can for a toilet. It’s a long way from Madiba’s future as South African President, but goes a long way in explaining the great man’s humility. Hopefully some of that humbleness rubs off on visitors.

Robben Island Museum operates three to four departures a day to the island (depending on the season). Tours for international visitors cost R550 (AU$55).

Traveltalk was a guest of South African Tourism. The writer stayed at Victoria and Albert Hotel, Cape Town. Read our review of the hotel. 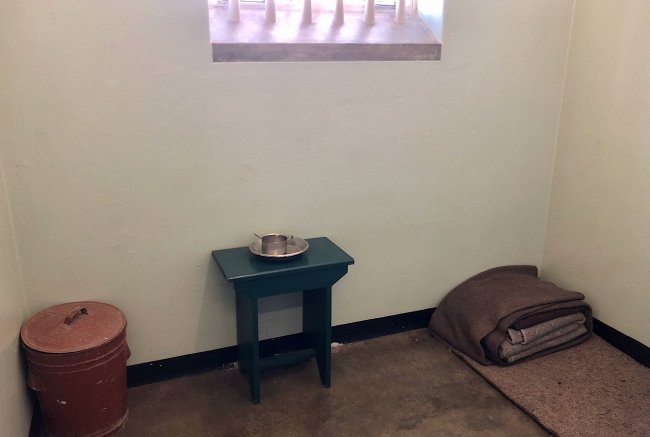