To commemorate Mandela Day, South African Tourism invited a number of its trade partners and supporters to donate their time and cook meals for those less fortunate at OzHarvest in Sydney.

The number of volunteers invited represents each of the 67 years Nelson Mandela fought for social justice and the event is part of a series of celebrations taking place around the world marking what would have been his 100th birthday. 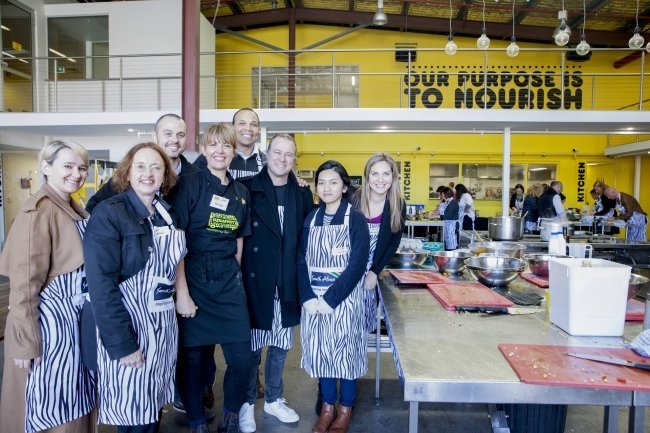 Mandela believed that everyone has the ability to change the world for the better, and Mandela Day calls on everyone to take action against poverty in a way that will bring about sustainable change.

Under the guidance of OzHarvest chefs, the team of volunteers transformed rescued food into gourmet dishes inspired by the tastes and flavours of South African cuisine. Through the efforts of the volunteers, South African Tourism and OzHarvest were able to donate more than 350 meals to charities around Sydney for distribution to those in need.

Yana Shvarts, South African Tourism Marketing and Communications Manager, Australasia said: “The Mandela Day campaign is a celebration of our collective power to create a global movement for good and make a positive impact on the world. By giving a little time, we can help make a big change to someone’s life. It was so inspiring to see a team of people come together and take time out of their day to help make a real difference to the lives of those less fortunate.”

Also joining the group was Australia’s best known chef Neil Perry, who rolled up his sleeves to assist with the cooking and packing of the meals. Mr Perry is a long-time supporter of South Africa, having made several trips to the country over the years and is an ambassador for both South African Tourism and OzHarvest.

Perry said: “South African Tourism and OzHarvest are two organisations that I work very closely with so it was amazing to see them come together today, along with a brilliant team of volunteers, to celebrate Mandela Day and give back to those less fortunate. I’ve seen firsthand just how the spirit of Mandela has moved South Africa and how small gestures can make a real difference to someone in need.” 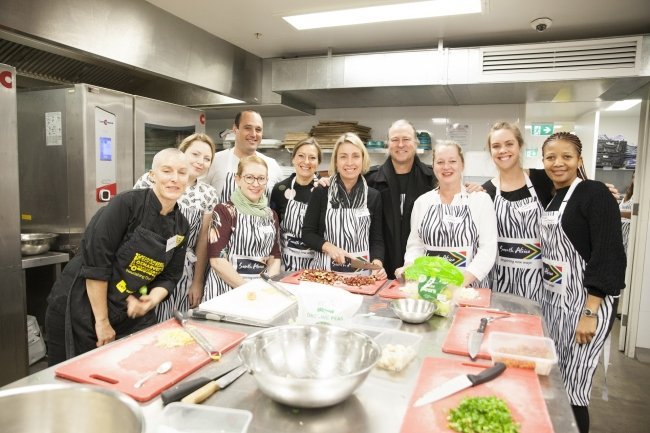 OzHarvest is Australia’s leading food rescue organisation with a driving purpose to ‘Nourish our Country’ through rescuing surplus food from businesses around Australia and delivering it to charities helping to feed people in need. The not for profit was founded by South African born Ronni Kahn, who has recently taken the unique model back to her homeland South Africa; making the partnership a natural fit for this special event.

Said Kahn: “I’m so excited to be able to share the OzHarvest model in my country of birth, South Africa. Nelson Mandela continues to be a huge inspiration to me and it is so special to celebrate his legacy today with the team from South Africa Tourism by providing food to those less fortunate than us. This is completely in alignment with the values that Madiba believed in.”

SAHarvest is currently in start-up mode and is set to start food rescue operations in Alexandra in the next month. Seed funding and commercial partners are still needed to support the set up and growth of OzHarvest’s unique food model in South Africa.

Kahn is also the star of newly released independent documentary film Food Fighter which follows her journey over the last two years and shows the beginnings of SAHarvest, including the ‘Taste of Waste’ event in Pretoria held in partnership with the UN last June. SA Harvest hopes to see Food Fighter released in South Africa to raise awareness around SA Harvest and the global issue of food waste.