Taking a bite out of hot and spicy Durban

Durban has long been in the shadow of uber-cool Cape Town. But Durbs, as it is affectionately known, is fast becoming a force to be reckoned with. 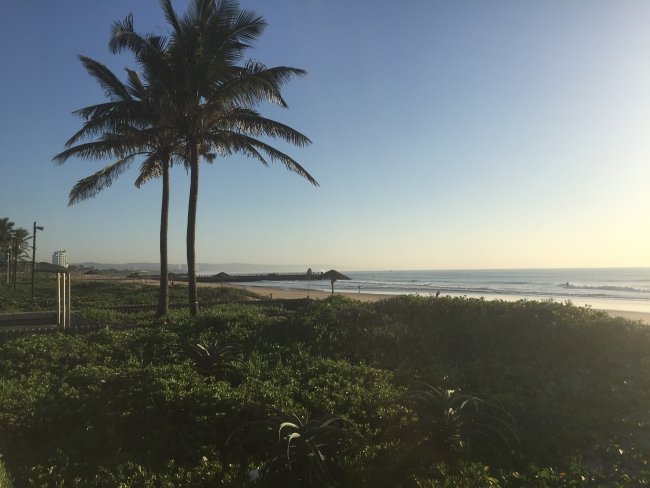 Along its famous 'golden mile', beach life is vibrant, with year-long sunshine, sand, sea and rolling surf. It's where the South Africans come to holiday - not unlike our own Gold Coast.

But it's not just the weather that's hot here. Having the largest population of Indians outside of India itself, Durban is also known as the Bombay of Africa.

If you're after something really hot, or just a spot of shopping, hop to the spice market in the Indian quarter and soak up the sights, sounds and smells of the multicultural melting pot of Indian, Pakistani, Chinese and Somali merchants all peddling their wares.

Meat lovers shouldn't miss the bovine market, where you can feast on a cow's head - but be warned, it can apparently make you very aroused, with many South Africans swearing by skop meat's effects on the libido. Polygamous Zulus, who have to keep their wives happy swear by it! 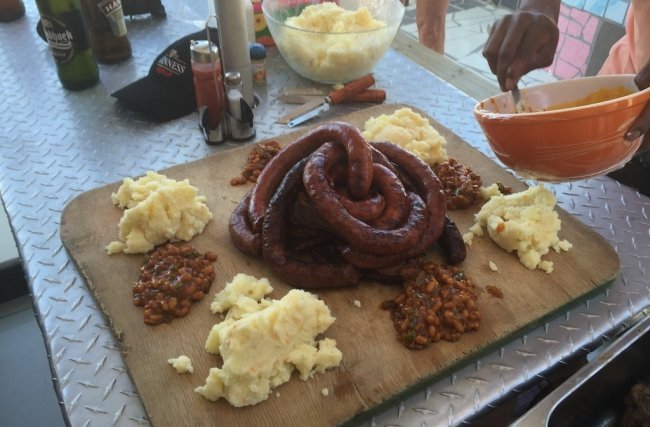 And no trip to Durban is complete without some delicious 'bunny chow' - a curry-filled, hollowed-out bread loaf that's a staple snack for Durbanites.

Elsewhere, take a shebeen tour. (Tip: forgo the knives and forks and scoop up the boerewors and beans with the pap just like a local. Finger lickin good.)

However, do not drink the local Zulu brew, which is akin to rocket fuel and even tells you on the box to not "drink and walk on the road - you may be killed". You have been warned.

For something cool, look up the boys from Street Scene as they will show you a different and funky side to Durban.