The best way to see Cape Town & its surrounds 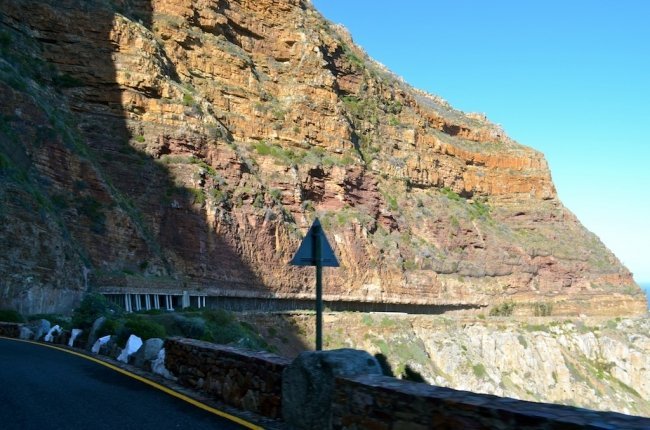 Sightseeing by motorcycle is like the edgy, rock n roll cousin of coach touring: windows are replaced by goggles, air-con by the rushing wind, a microphoned commentary by a murmour. It isn’t always comfortable, but there’s never a dull moment - and the freedom it affords is totally exhilarating. It’s also perfect for experiencing what is undoubtedly one of the world’s greatest drives - Cape Town’s Chapman’s Peak.

With some 13 bikes in operation, Cape Sidecar Adventures is the only company that offers ride-along tours of its type in Cape Town. Before we set off though, we must prepare: on go the open face helmet with built-in goggles, neckerchief, and of course, bikie red leather jacket. All that’s left then is choosing between the sidecar or seat behind the driver. While the sidecar offers a slightly cosier ride that’s great for photography, the back seat commands the best views - and the vistas around Chapman’s Peak are jaw-droppingly beautiful. Imagine the Great Ocean Road meeting the Mediterranean, where an oft-wild southern Atlantic collides with rugged, ochre red mountainsides, and you’ll begin to get the picture.

As it wends its way around rocky outcrops, the quiet toll road affords views firstly back towards the seaside burbs of Cape Town, and then on to the city’s furthest reaches. 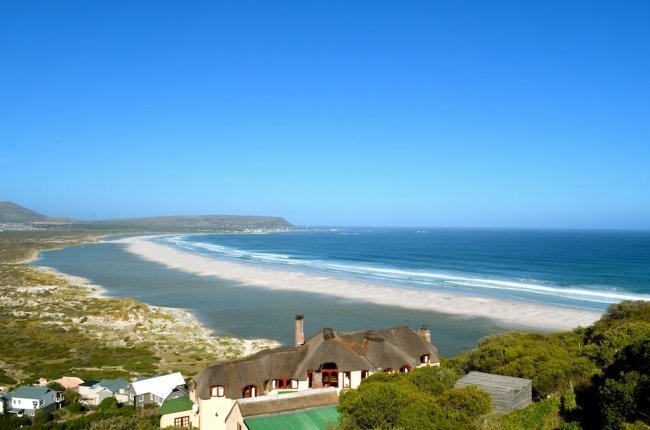 Noordhoek, a quaint beachside township and adjacent Long Beach arrive first. Here, one can fuel up on coffee or healthy snacks or just browse crafts at Noordhoek Farm Village. Shortly thereafter, we hit the vast hills that deliver us to what my driver, Thomas, describes as the ‘edge of the world’ – aka the hamlet of Scarborough. The Triffids' Aussie classic ‘Wide Open Road’ comes to mind as we ride on.

A little further along, around the bend of the Cape Peninsula, a high outlook suddenly reveals the village of Simon’s Town, which is the base of South Africa’s “token navy” of five vessels, as Tom puts it. But the town on False Bay is also a tourist magnet, thanks to the African penguin colonies that reside on its yellow sand shores. One of Cape Town’s favourite attractions, the penguins’ home in Boulder National Park is today packed with visitors from around the world. The perfect weather may be partly responsible, but it’s more likely these cute critters, which Tom says were once called ‘Jackass’ penguins for their donkey-like call, are just too irresistible for tourists.

Simon’s Town, as it transpires, is also a haven for fish and chips. Any of the dockside eateries look good for lunch, but we settle on Harbourview Restaurant, which serves up some big plates of greasy, yet tasty morsels. Served with an ice cold beer or cider, and you’ll think summer’s back no matter the weather. 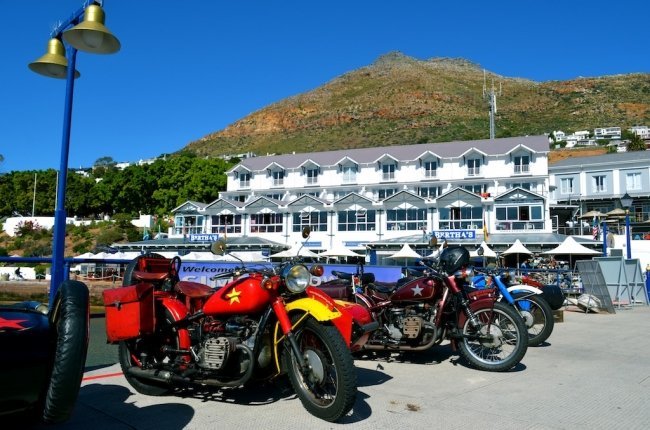 After our meal, we hit the road again, now bound for the wine country of Constantia. But there’s plenty of points of interest along the way, like the pretty False Bay coastline and seaside villages, the most charming of which is Tom’s current hometown of Fishhoek.

Constantia, which is our final stop on the tour, is home to South Africa’s oldest winery, Groot Constantia. Established in 1685, it’s clearly a pretty popular place. But it’s still less hectic than a lot of Australia’s major wineries. And a wine tasting session is great value too, with five wines (or six if you’re nice to staff), setting you back only 87 rand (about $9). Though its most famous for its shiraz, it was first recognised globally for its dessert wine. And it’s on this sweet note, we depart for the final leg of our journey back to our hotel. There couldn’t have been a better way to finish our tour.

Traveltalk was a guest of South African Tourism. Whilst in Cape Town, the writer stayed at the Tintswalo Atlantic, and travelled with WOW Travel & Tours. 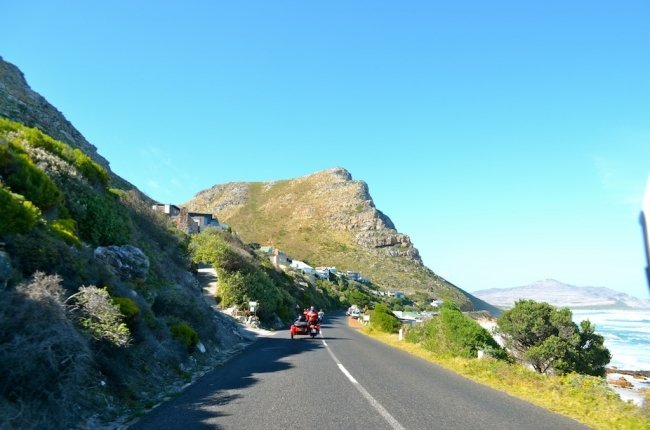