MARK HARADA goes hippo-spotting in St Lucia, South Africa, a task that is easier in this part of the world than just about anywhere else.

When you come to St Lucia, you’re guaranteed to see hippos, Kwazulu-Natal guide Thoko promises me. You’ll see them on a cruise of the lake. You might spot them by the side of a road. You may even come across them on the grounds of your resort, as we do at the Elephant Lake Hotel. 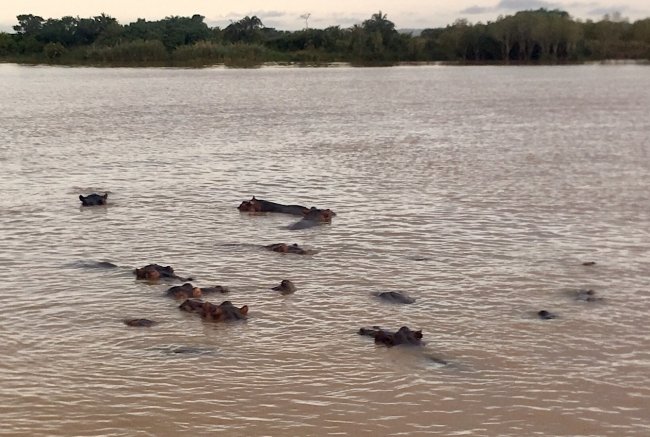 It’s around dusk when they appear, three hippos of large proportions, feeding on vegetation at the far side of the hotel pool.

A small audience has gathered on the balcony of the upstairs hotel bar, mouths agape. As cameras flicker, it’s clear what the main attraction of this town, located among the UNESCO-listed iSimangaliso Wetlands, is. And fortunately for visitors they’re not hard to miss.

The following afternoon, from a nearby jetty, I depart for my cruise of Lake St Lucia. The vessel we’re travelling on is a 40-seat ferry, specially designed to navigate the wetlands’ shallow waters.

It doesn’t move an inch until every seat is taken. But such is the lure of the hippopotamus here, it fills up quickly, as do the other two vessels, one smaller and one larger than ours.

After takeoff, we only have to wait a few minutes to get a closer look at a couple of hippos in their water environment. There are audible gasps and thumbing of smartphones as we approach. We even get a yawn - the gold standard snap for hippo spotting - on our first encounter.

Moving under a bridge (which incidentally is the only entrance to St Lucia), our driver guide points out nests of swallows. There are apparently hundreds of bird species around these parts too, including fish eagles, kingfishers and herons. 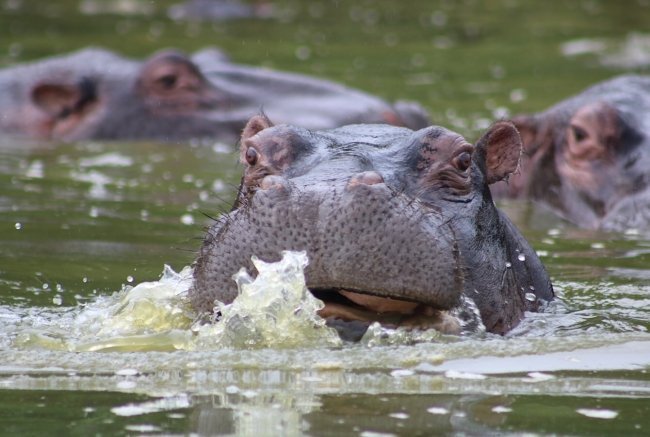 As we go on, a storm is brewing in the distance; it’s then I realise just how stunning the freshwater lake is, in its own right. It shouldn’t come as a surprise as this wetland region was the first World Heritage listed site in South Africa.

Further along the estuary, which is Africa’s largest, we come across many more hippos. And each pod, the appropriately coined collective noun for the amphibians, is bigger than the last. With drink in hand, courtesy of the onboard bar, I can’t think of a better way to be spending a late afternoon.

While there are 900 hippos in Lake St Lucia, there are even more crocodiles. Numbering around 1200, the reptiles though are much shyer than their fellow lake dwellers and can stay submerged much longer than hippos too (two hours underwater versus six minutes).

But just before we return to the jetty, we come across a lone croc, swimming, semi-submerged across our bow, as if to say, we're here too.

Yes, you'll find crocodiles in these waters, and plenty more (including sharks, we’re told). But this, more than anything else and to the delight of visitors, is hippo territory. 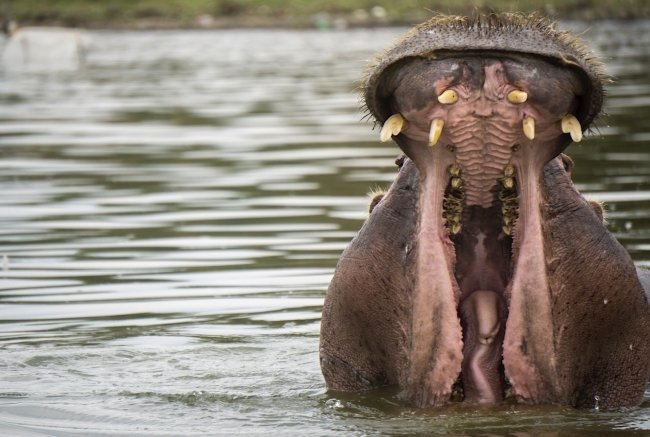 Where to stay? The Elephant Lake Hotel doesn't have elephants, but it does welcome hippos. There are photos on the wall of the giant mammals even drinking from its pool. Bushbaby Safaris' Cheryl Howes has spent a lot of time in St Lucia, and even recalls seeing the hippos wandering up past the driveway of the hotel. It isn't luxurious, but if you want to get close to the action, this is the property for you.

What else to do? The hippo and crocodile spotting cruises are the biggest drawcards in the area. But there are local biking tours and plenty of good walks to be found too, especially towards the ocean side of St Lucia, whose expansive, sand-duned beaches are stunning.

Markets selling fruit, wooden carvings and more, along the main road are also worth checking out - as are the cute monkeys eyeing the bananas.

The writer was a guest of South African Tourism and is attending Africa’s Travel Indaba 2019.