Why it’s nicer in Knysna 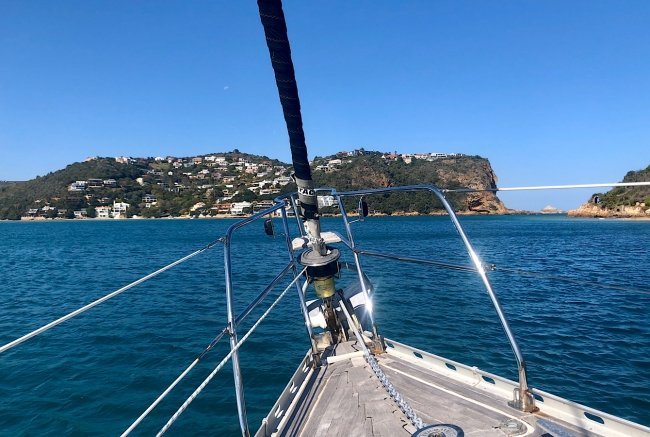 I’ve just arrived in the Western Cape of South Africa after a long trip from the eastern coast of Australia - and am about to give a lurking jet-lag the boot in the best way possible - with an outing aboard a beautiful sailboat.

Under perfect skies we depart from the charming tourist town of Knysna, barefoot, on the 15-metre ‘Outeniqua’ yacht.

Organised by Springtide Sailing Charters, the leisurely sail takes us through Knysna Heads, which is framed by luxury homes on one side and Featherbed Nature Reserve on the other, and out into the open waters along the Garden Route coastline. 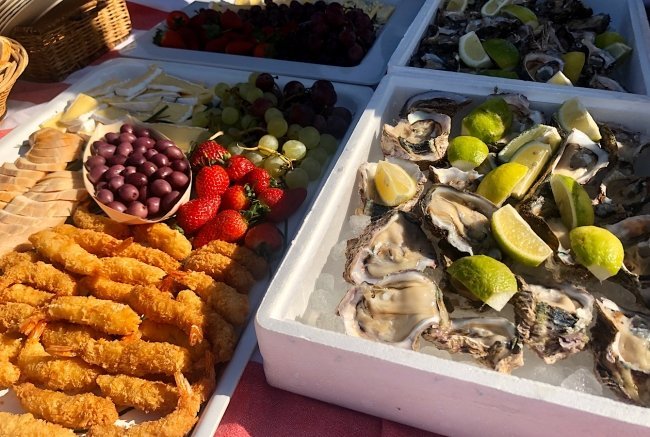 After taking in outrageous views of the rugged headlands, we settle in the picturesque Knysnarivier, where Captain Nick and crew lay out a platter of fruit, cheeses and oysters, which is a specialty in these parts. And they do special very well around here.

Later, we head to a lookout at Eastern Knysna Head, which offers stunning vistas from high above the mouth of the bay. Particularly spectacular at dusk, the views here stretch from the lagoon, across Knysna and Featherbed, and onto the Western Head.

The following day we drive eastwards to Tsitsikamma National Park. Short on time, we’re unable to do the world famous Otter Trail, but our short hike around the mouth of Stormsrivier more than makes up for that. 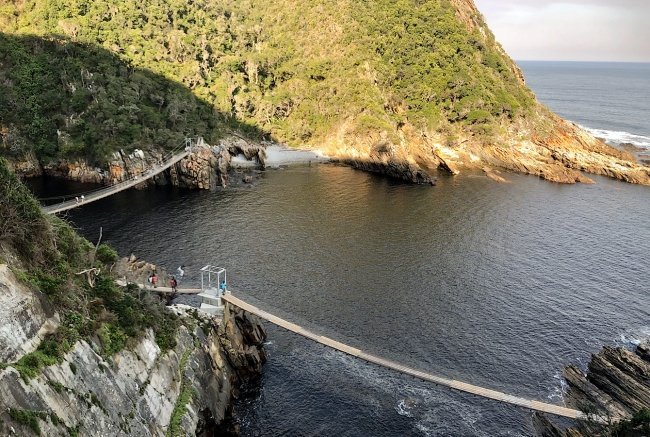 Past a small but scenic beach, where bathers brave the frigid water, we begin our walk through forest bound for the estuary. On the way, we’re afforded gorgeous glimpses of the bay and a waterfall, but the highlight of the hike are the suspension bridges that span the river mouth.

At 77 metres, the longest bridge offers views of Stormsrivier canyon - where kayakers can float between cliffs and bat-filled caves - and a vista back out across the bay; the two shorter bridges, which measure 50 and 40 metres, offer equally nice views.

From the other side of the river mouth, hikers can continue up to another lookout, but you’d be forgiven for stopping here - it’s hard to imagine anything could top this. So long jet-lag.

Whether its miso and ginger braised pork belly for dinner, or peanut butter smoothies for breakfast, Brenton Haven’s butterfly blu restaurant will feed you well too, while the resort pool and gym will keep you as active as you see fit (though hopefully not too active). 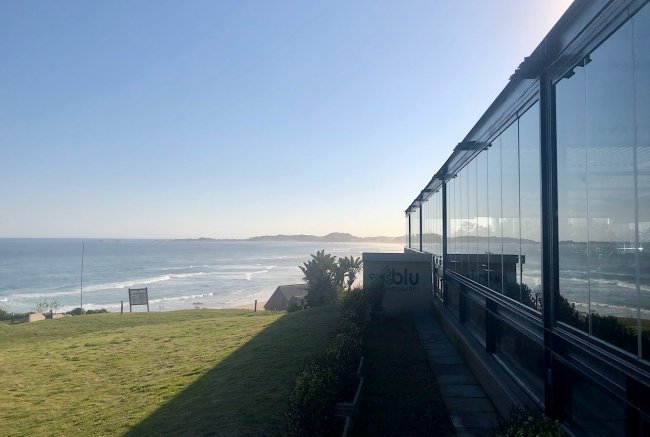