Is this country breaking all the records?

Switzerland might be a small country that is roughly two-thirds the size of Tasmania, but this country is big on breaking world records. Here, Switzerland Tourism has rounded up 12 of the country’s most amazing world-record breaking attractions. 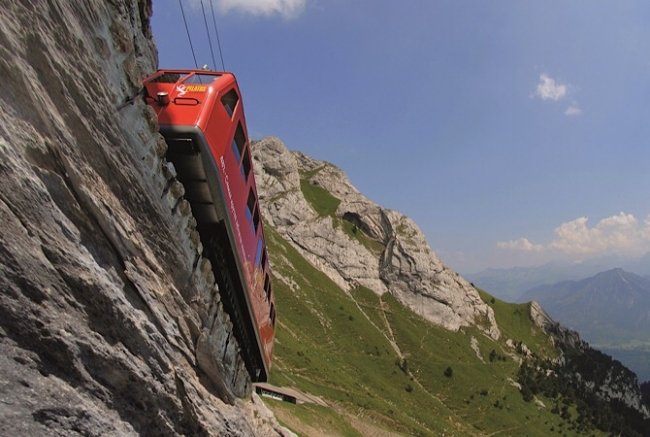 With a 48-degree gradient, this cogwheel railway is one of the biggest attractions on Lake Lucerne. Ascending 1,635m from Alpnachstad (where the ferry stops), the railway travels 4,618m up to the fun park of Mt Pilatus. Operating between May and November the ride takes about 30 minutes passing through rugged rock faces and lush vegetation.

Stretching across 494m, the Charles Kuonen Bridge offers adrenaline seekers an unforgettable thrill. Connecting a hiking trail between Grachen and Zermatt, views from the bridge are equally thrilling, being set against the world’s most recognisable mountain peak, the Matterhorn.

Dating back to the 14th century and as part of the original fortifications, the Chapel Bridge in Lucerne was destroyed in a fire in 1993, but quickly restored back to its original form. A major highlight in Lucerne, the bridge is decorated with pictorial panels initially installed in the 17th century, depicting historical scenes of the city and country.

5. WORLD’S FIRST REVOLVING CABLE CAR
Not far from Lucerne is the 3,062m high Mt Titlis, home to Europe’s highest suspension bridge and the glacier chairlift ‘Ice Flyer’. To get up there, one must take a thoroughly scenic 30-minute ride on the Titlis Rotair, the world’s first revolving cable car travelling above the spectacular alpine landscape. 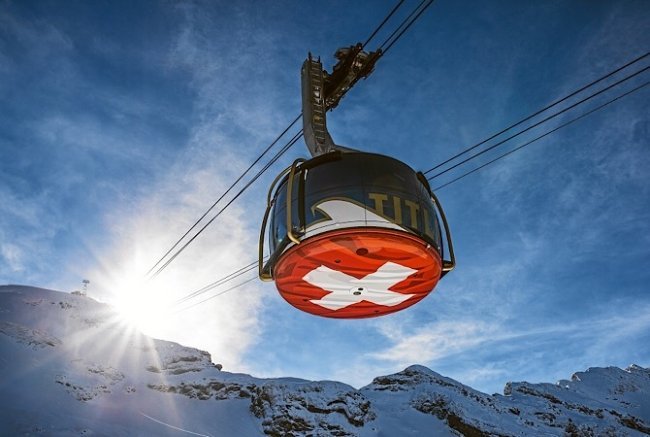 6. WORLD’S HIGHEST CONSUMPTION OF CHOCOLATE
Given Switzerland is well known for its high quality chocolate, it comes as no surprise that the Swiss enjoy indulging in their country’s sweet treats, consuming an average of 8.8kg per person in 2017. Switzerland’s most famous chocolate brands include Nestle, Lindt, and Toblerone.

7. WORLD’S HIGHEST DENSITY OF MICHELIN-STARRED RESTAURANTS PER CAPITA
2019 recorded a total of 128 Michelin starred restaurants in Switzerland, resulting in the country having the most number of top-rated restaurants per capita. The latest Swiss restaurants that landed in the Michelin guide include focus in Vitznau and Pavillon in Zurich.

8. WORLD’S LONGEST DOWNHILL SKI RACE
Attracting an average of 30,000 spectators each year, the history of the Lauberhorn-Wengen FIS Alpine Ski World Cup dates back to 1930 and takes place every year in mid-January. With the downhill course stretching over 4.4km, run times are usually 2.5mins where top speeds reach about 160km/h.

9. WORLD’S LONGEST STAIRCASE
Located in the Bernese Alps, the pyramid shaped mountain peak of Niesen over looks Lake Thun in Interlaken from 2,362m asl. Ascending the peak can be done via a funicular, which departs every 30 minutes from 8am to 5pm, or by the impressive 11,674 steps.

10. WORLD’S ONLY PEAK TO PEAK SUSPENSION BRIDGE
Boasting spectacular views of more than 24 snow-capped peaks of at least 4,000m asl including the Eiger, Monch, the Matterhorn, Jungfraujoch, and even Mont Blanc, the Peak Walk at Glacier 3000 is the world’s first suspension footbridge linking two mountains peaks.

Holding the record of the oldest continuously opened vegetarian restaurant in the world, Haus Hiltl in Zurich has a history dating back to 1898. With a buffet offering more than 40 varieties of salads, an Indian buffet and fresh food juices, Hiltl is today a popular dining venue that is all about healthy indulgence.

Apart from incredible natural assets, impressive engineering feats and talented chefs, Switzerland is also home to the world’s best tennis player, Roger Federer, who was born Basel. The nation’s art and architecture capital, Basel is located on the River Rhine and borders France and Germany.

See for www.myswitzerland.com for more information on travel in Switzerland.