JOY CLARK reports from the first two days of the Taiwan Food and Discovery Famil.

When invited to go on a Food and Discovery Famil in Taiwan I had no idea what to expect, and little did I know what gastronomic delights and breath-taking highlights were in store during my six-day journey of discovery.  I had so many incredible experiences while in Taiwan and all were highlights.  Here’s what took place on the first two days. When most people think of Taipei they see in their mind’s eye the famous landmark, Taipei 101. Like Big Ben in London and the Eiffel Tower in Paris, when you see it, it’s a pinch me moment! When 101 opened in 2004 it was officially the tallest building in the world until it was eclipsed by Dubai’s Burj Khalifa in 2010.  Standing out on the pavement looking up, the building is a stunning sight with its bamboo shape and trusses at eight-floor intervals.  As I head to the lift, I notice the sign on the elevator that says, “The journey that will change your life”.

The high-speed passenger elevator from the ground floor to the 89th floor is the greatest vertical road to instant urban tranquillity”. Well, it didn’t exactly change my life but I was very happy to have that 37 seconds to the top pass quickly and smoothly.

From the top you have a birds-eye view of Taipei and it strikes me as I look out that there is no pollution.  The scenery is sharp and the sky is clear – not what I expected from a large city such as Taipei. 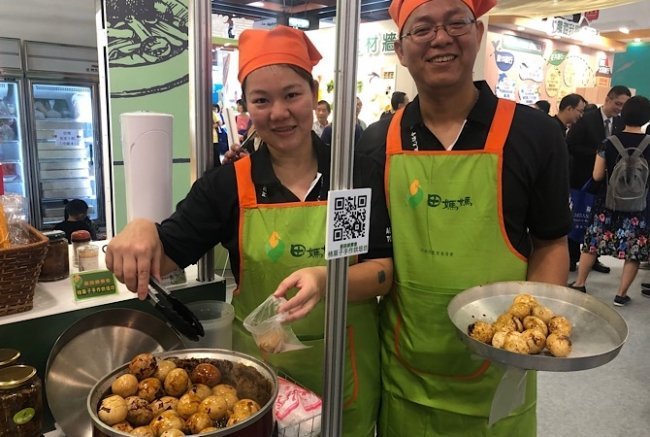 It was exciting to receive an invitation to the official opening of the Taiwan Culinary Exhibition at the Taipei World Trade Centre.  The exhibition is touted as a “gourmet cuisine carnival bringing out the essence of Taiwan’s food culture”.  I’m seated with the media pack and excited to see the Vice President of Taiwan, Chen Chien-Jen, arrive to deliver a speech. Over 12 million people attended during the four-day event, and countries invited included Australia, New Zealand, Japan, Italy, Russia, Canada, Thailand, Malaysia, Hong Kong, Indonesia, Mainland China, Korea and the Philippines.

I make my way around the pavilion tasting all kinds of delicacies, some we are familiar with and others that are way out of the norm, such as stinky tofu!  This is one dish I definitely won’t be revisiting but you can’t come to Taiwan without trying it for yourself - if you are game.  The culinary exhibition may not be on when you are visiting Taipei, but don’t worry, all of the wonderful, unusual and interesting dishes are available on the street or at night markets year-round. 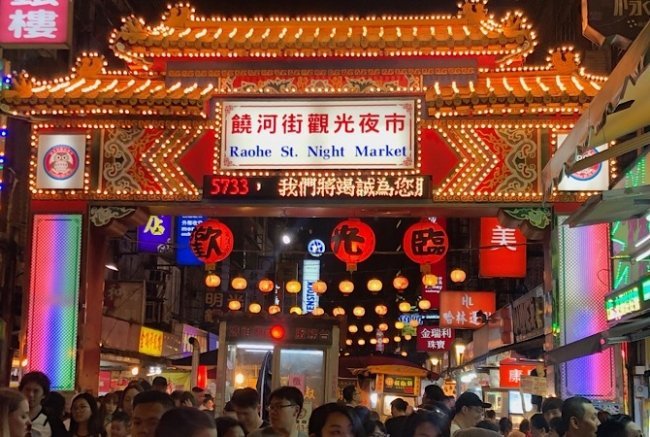 The second highlight of the day is dinner at the famous Michelin Din Tai Fung restaurant.  Described as “the world’s tastiest dumplings” I was thrilled to be able to experience the original in Taipei.  As if that wasn’t enough, I was also introduced to the original owner’s son Yang Ji-hua who is now CEO.  Mr. Yang goes to the restaurant every night, 7 days a week.  He told us, interpreted through his Head Waiter, “if my staff are working so hard, I should be there to support them.  They work for me – how can I take a day off.”

The chefs work non-stop from opening to closing, rolling, stuffing, folding and steaming and diners can watch them through the glass wall as they work. Each dumpling is folded a meticulous 18 times, and watching the nimble fingers of the chef you have no doubt he has been doing this for a long time.  In fact, each chef trains for 2-3 years to work in this restaurant as they have to learn each and every part of the process.  There are 30 chefs working at one time and after 1 hour they rotate so they don’t get too tired or sore (rolling out the dumplings looks like hard work).

Our last stop for the evening is the Raohe Street Night Market.  Stall after stall of the most incredible food.  We aren’t hungry but our eyes are wide just taking in everything that is available to eat!

The writer was a guest of the Taiwan Tourism Bureau/Taiwan Visitors Association.