I’m envisaging a Great Glass Elevator, one that goes crashing through the roof (à la Willy Wonka). But I don’t suspect it’s like that.

We’re standing in line for the world’s fastest lift, which is going to take us to the top of the most famous landmark in Taiwan, Taipei 101. Rising to 508 metres, Taipei 101 was the tallest building on the planet from its completion in 2004 through to 2010. And although it has since been relegated to the world’s second highest skyscraper, it firmly remains a symbol of the country’s prosperity and sky-high ambition.

Thanks to our early morning arrival, we’ve beaten the crowds, which our local guide, Andrew, says normally exist. An empty queue area, creatively placed within a souvenir shop, attests to this.

After posing for a super quick snapshot in front of a green screen (projecting an image of the building), we’re hurried into one of the two elevators.

Moving at a top speed of 1,010 metres per minute (sounds quicker than 60km/h), the lift requires just 37 seconds to take us from the 5th floor entrance to the 89th floor observation deck, and thanks to the pressure-controlled environment, the ride is as smooth as it is fast. Plus, there’s no ear popping.

With an animated graphic charting the progress of our ascent in the darkened elevator, it’s quite a rush. 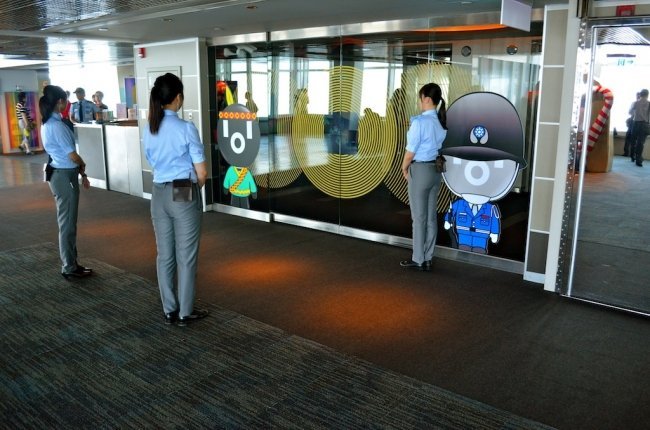 The welcome at the top

Once at the observation deck, the 360-degree views are predictably pretty darn good. To the north and west, the panorama is dominated by the sprawling city of Taipei and its surroundings, whilst to the south and east, nature rules. Visit between 9-10am or 5-6pm, and you’ll see the shadow of Taipei 101 inscribed into nearby Mt Siang as well.

Views aside, there’s plenty to keep visitors busy while at 101, like a licensed bar, gift shop and multimedia corridor. There are also art installations and cultural corners, which give the entertaining attraction an educational aspect too.

A little further up – via a short stairwell – is the 91st floor outdoor viewing area. Although the vista from here is restricted to just one side of the building, the observatory does give you a sense of the elements a structure of this magnitude faces. Outside, you can even feel the building sway slightly. But 101 has this covered.

To negate the effects of high winds and typhoons, Taipei 101 houses the world’s largest wind damper. With a diameter of 5.5 metres, and a weight of 660 tonnes, this giant steel ball can be viewed from platforms at the centre of the building along with its mascot (?), Damper Baby. 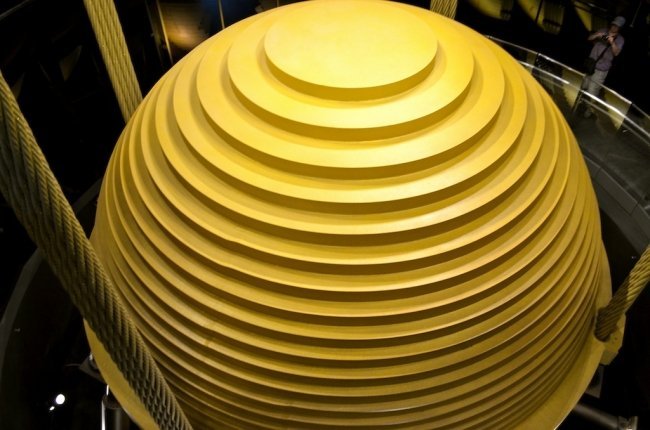 Though some say it looks more like a stack of Chinese take-away cartons, Taipei 101 was actually modeled after a stalk of bamboo, an auspicious symbol in the East of great flexibility and strength. And strong, it is. Built to withstand the largest earthquakes, Taipei 101’s foundation is reinforced by 380 piles driven 80 metres into the ground.

Reflecting its thoughtful design, Taipei 101 also holds the distinction of being the tallest, and largest, green building on the planet (as certified by the U.S. Green Building Council).

Every May, thousands of people from across the globe race up Taipei 101’s 2,046 stairs in its annual fun run; last year, an Australian recorded the fastest time at 10 minutes and 52 seconds.

I think I’ll take the elevator, instead. See you in 37 seconds. 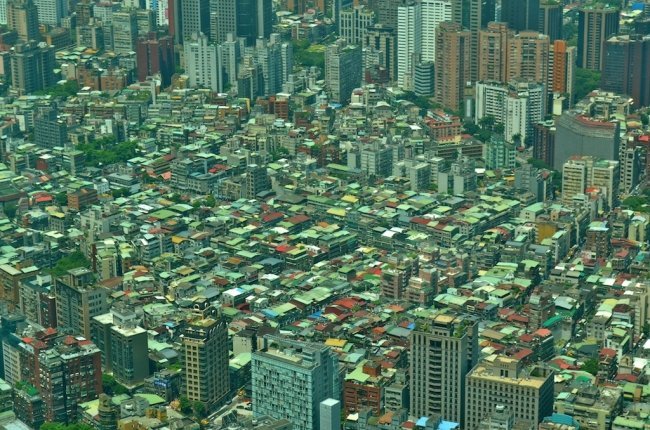