With the 40th anniversary celebration of the life and legacy of Elvis Presley fast approaching, Memphis Tourism hit Sydney to spruik what is sure to be a massive event for the ‘Birthplace of Rock n Roll’.

A whole lot of shaking went on as we rotated at revolving restaurant OBar and Dining on level 47 at Australia Square.

Entertainment came courtesy of ‘the man in the hat’ (Chris Ingram, who looks after Memphis Tourism here in Australia), as we celebrated the man with the blue suede shoes and all things musical and culinary from Memphis, Tennessee.

Australia is the third largest overseas market for Memphis, and with the 40th anniversary of Elvis’ passing coming up soon, there are sure to be a few more Aussies heading to Graceland.

Here’s what Elvis fans visiting Memphis can look forward to: ELVIS WEEK 2017 | 40th ANNIVERSARY In anticipation of the largest crowd on record, a variety of events are scheduled over nine days for Elvis Week 2017. Events on the calendar from August 11-19 include appearances by celebrities and musicians, the Ultimate Elvis Tribute Artist Contest Finals, a fan club conference, and the signature live music event: the 40th Anniversary Celebration Concert Event – Elvis: The Wonder of You – at the FedExForum on August 16, 2017. In this new, live concert experience, a symphony orchestra performs live on stage with Elvis on the big screen. The concert will feature a special personal appearance by Priscilla Presley and other surprise guests.

The cornerstone event, the Candlelight Vigil, will begin on Tuesday, August 15, at 8:30 p.m. at the gates of Graceland and will continue well into the morning of the 16th, commemorating the day Elvis passed away at the age of 42. Fans will get the opportunity to walk up the driveway to the Meditation Garden, accompanied by Elvis’ music. 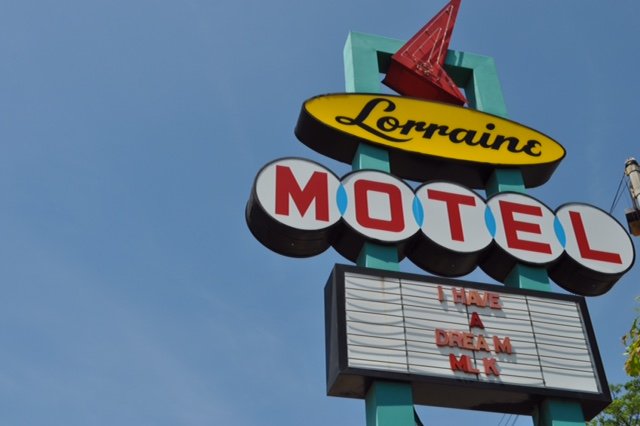 Another American icon, Dr. Martin Luther King, Jr is also being remembered this year in the lead-up to the 50th anniversary of the civil rights champions’ death on 4 April 2018.  Many of the activities that celebrate King’s legacy during the year long event are centred around the National Civil Rights Museum and the Lorraine Motel, where King was assassinated.

Meanwhile, Memphis will also continue to celebrate its role as the birthplace of rock and roll and the home of the blues, as epitomised by the life-long legacy of another King – BB King. Year round, visitors can soak in Memphis’ remarkable musical heritage with visits to historic music sites like the Rock 'n' Soul Museum, Memphis Music Hall of Fame, Sun Studio, the Stax Museum of American Soul Music, Blues Hall of Fame and the world’s most famous music neighbourhood – Beale Street.