We all will be received... in Graceland

While touring through the Eastern states of the USA, Tour the World’s host Adam Ford fulfilled a life-long dream – paying homage at the home of Elvis Aaron Presley. 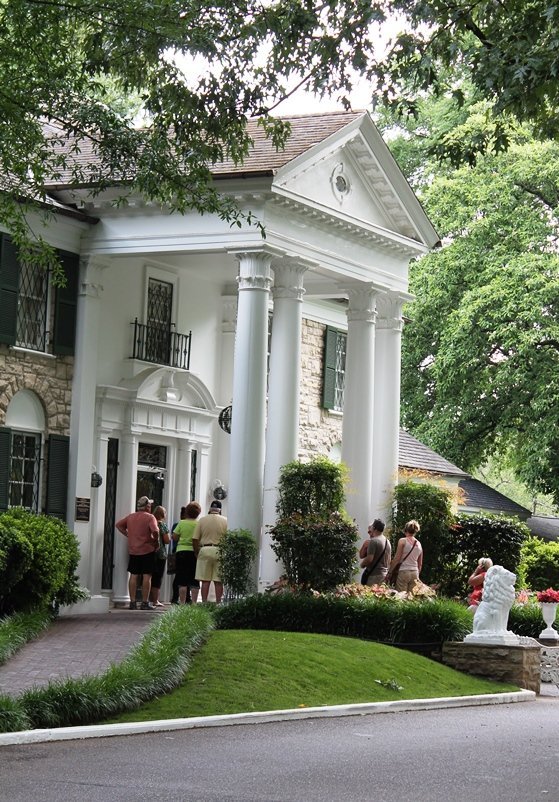 Folks, Elvis has left the building for another year. Elvis Week – the annual ten day celebration in Memphis of the all things ‘The King’ – has just come to an end, culminating in the candlelight vigil at Graceland – an event that sees fans carry a candle up the sweeping drive to Elvis’ beloved home and down again. The vigil always takes place on August 15 and can last well into the following day – the anniversary of Presley’s death in 1977. No-one is turned away. The vigil continues until every fan has been accommodated.

I’ve been waiting years for the opportunity to pay my respects at the home of Elvis – entertainer, rock singer, movie star, popular culture icon. When Graceland first opened to the public in 1982 Priscilla Presley was reportedly unsure whether anyone would be interested. To date, 19 million visitors have crossed the welcome mat at the antebellum-style front door. And earlier this year I finally became one of them.

Step inside Graceland and the first thing that strikes you is how modest the home is in terms of size.  There’s a single staircase leading to the upper floor (off limits to visitors). To the left is a formal dining room that leads through to the kitchen and den; to the right the formal lounge room and a small music room holding Elvis’ baby grand. Given the number of visitors to Gracelandeach year it must get a little crowded on occasion. Today though, we pretty much have the place to ourselves. 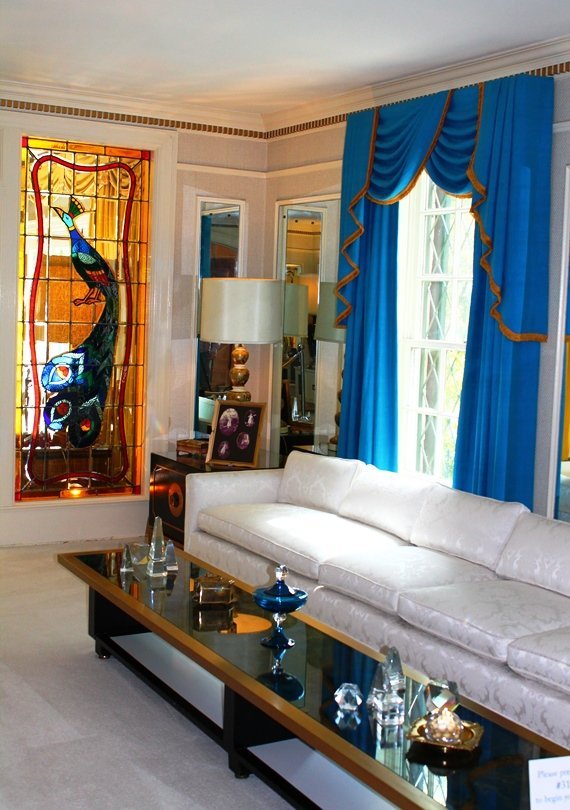 The decoration is absolutely, gloriously, unashamedly kitsch. It’s fabulous. From the sky blue and gold trimmed curtains to the box-like 70s TV in the corner – there’s a visual feast to savour everywhere you look. The stained-glass peacock windows are especially retro. Think Austin Powers, and then some.

And just like Powers, there’s a naivete and innocence about this pad. It’s almost make-believe in a way. For example, the staircase bannister is made of wood and painted gold. It’s not expensive brass or marble as you might expect in a Hollywood star’s mansion. But somehow Elvis and Graceland manage to carry it off. 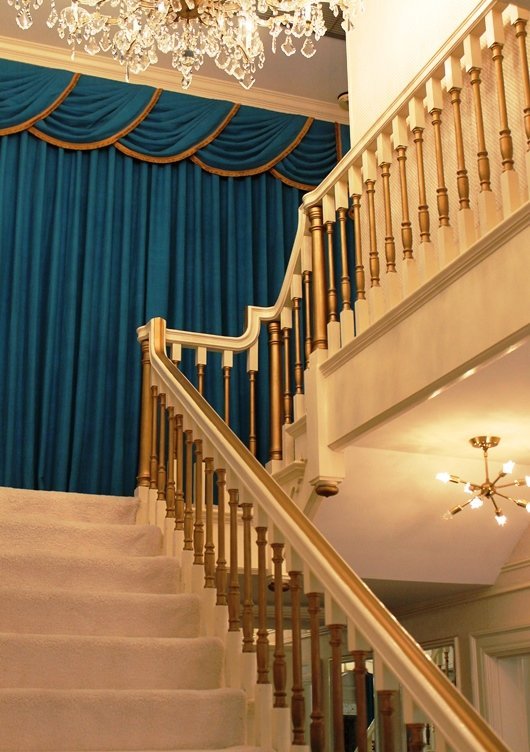 The Brady Bunch-style kitchen is orange and brown with carpet on the floor (this is the 70s remember). A narrow staircase leads down to the basement, which, perhaps due to the limited space upstairs, was converted into two additional entertainment rooms – the psychedelic TV room (an absolute highlight of the house) and the fabric-festooned pool room which has to be seen to be believed. 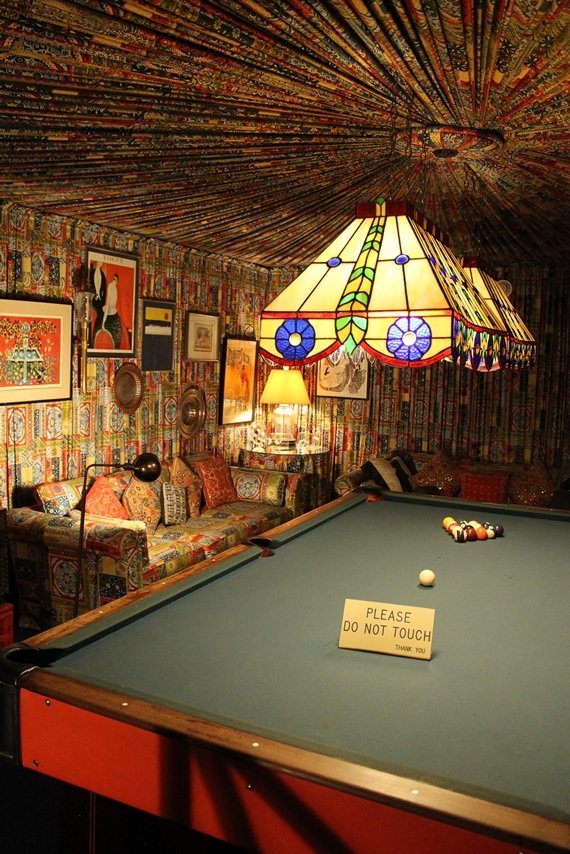 Exiting the house from the back, I visit the racquet ball court which has been converted into an exhibition space for the many gold records awarded to Elvis for album sales – most of them posthumously.  A nine foot high solid glass statue presented by RCA occupies pride of place. It must weigh a ton. I’m guessing staff at the mansion were thrilled the day that one turned up at the front door.

Further on is the kidney-shaped pool with its small diving board and the meditation garden where visitors can pay their respects at the graves of the Presley clan – Elvis, his mother Gladys, father Vernon and Grandmother Minnie Mae (who, incidentally, outlived them all). There’s also a plaque commemorating Presley’s stillborn twin brother Jesse. So what does Graceland say about Elvis? Everyone who visits will have a different answer. For me, this is a home Elvis clearly revelled in – gold-painted wooden bannisters and all. I’m guessing the star would have been extremely proud of his pile and it was probably a source of great joy in the toughest of times.

And after all, that’s what home is all about.