Meeting the Thai king and queen ... of fruits 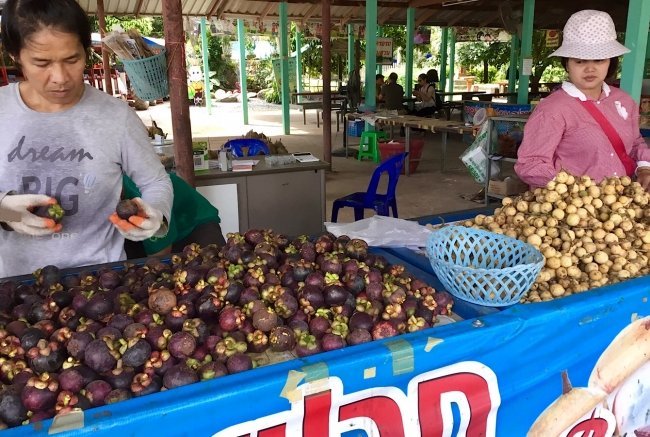 Durian and mangosteen are known throughout the country as the king and queen of fruits.

The king, durian is a (literally) prickly character, with a smell that often renders it unwelcome in hotels, planes and other parts, but whose taste is savoured by most locals.

Slightly sour but delicious, Mangosteen is supposed to be consumed to ‘cool’ the body after the heat of the durian and is considered the queen of fruits. A couple of hours south of Bangkok, in the Rayong region of Thailand, I’ve come to Suan Lung Thongbai, a working fruit farm where visitors can take a tour of the orchards as well as enjoy a smorgasbord of the local favourites.

Here, you’ll only find organic farming, and not fruit grown en masse. So whether you try the longan, rambutan, or other local delicacy, you’ll know you’re getting top notch produce.

As far as attractions go, the operation is rustic; the buffet is set up in stalls by a quiet stretch of road, while the tour takes place on a carriage pulled by a tractor. And don’t even try to find a website for it. But all of this is part of its charm, and superfluous to the main reason for visiting here: trying the fruit. 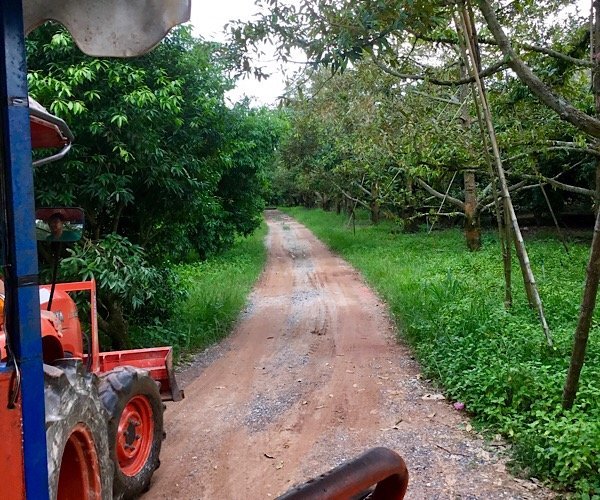 Following the tour, which takes us through a landscape more muddled than manicured, we sample some of the durian and mangosteen that in Australia fetches somewhere between $20 and $30 a kilo (if you take away its thick skin).

You won’t pay that here, and it won’t have travelled thousands of kilometres, or even that many metres, to reach you. And by sample, I mean all the mangosteen and durian you can eat.

This turns out to be a king and queen fit for a meal. 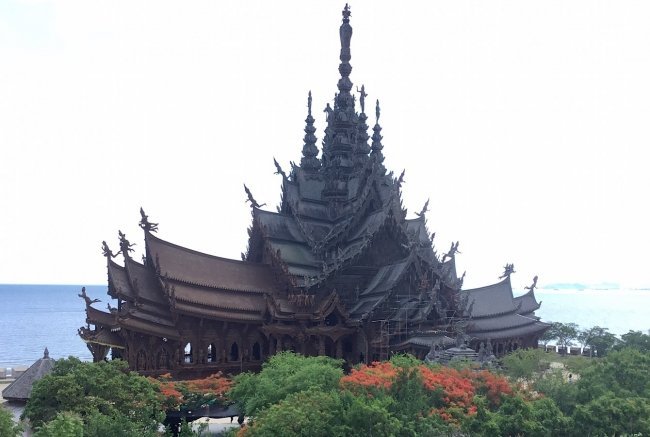 On the way to Suan Lung Thongbai, be sure to visit the Sanctuary of Truth just north of Pattaya. An enormous all-wooded building, the structure isn’t a Buddhist temple, like it appears from a distance, but a monument/museum/sculpture dedicated to all religions. And it is seriously impressive.

The writer stayed at the akyra Thonglor Bangkok Hotel. The akyra is a Small Luxury Hotels of the World (SLH) property located in Thonglor, where ubiquitous Japanese restaurants mix with secret bars to create one of the coolest neighbourhoods in Bangkok. For its super stylish rooms and opulent ensuites, Som Tam & Chardonnay Restaurant and own secret bar, this is one Bangkok hotel worth checking out.

The writer was a guest of the Tourism Authority of Thailand and flew from Sydney to Bangkok (via Manila) with Philippine Airlines. 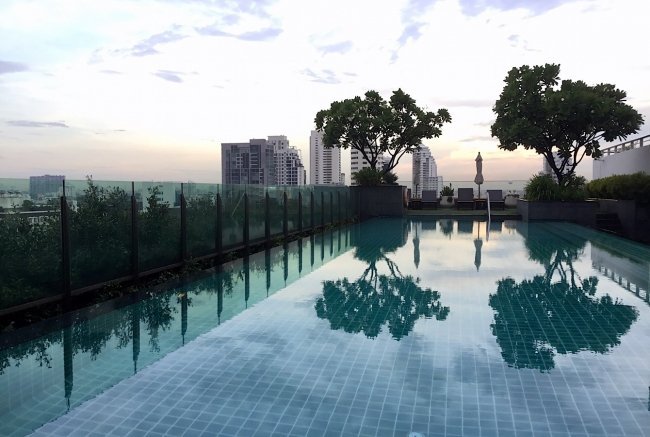