Must-eat dishes from around Thailand

What's on the menu in different regions of the kingdom? Continuing a dining tradition of old Chiang Mai and the Lanna Kingdom, a khantoke dinner features a small round table upon which is served a variety of dishes in individual bowls.

People sit on mats or cushions around the table and choose from the dishes as they like. The dishes typically include such delights as sticky rice, chicken or pork curry, fried chicken, vegetables, soup, fried pork skin and chilli dips.

During the dinner, there are traditional dance, music and sword performances to entertain diners. 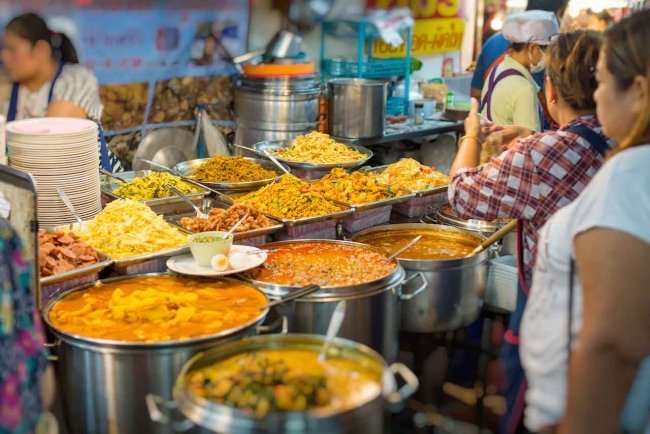 Due to its Muslim roots, massaman is most commonly made with chicken, although there are beef, mutton and duck variations. Potatoes and onions are added in, as well as coconut milk and peanuts.

A main component of this dish is a distinctive salad dressing called nam budu made from fish or prawns fermented with salt. The rice eaten with khao yampaktaiis typically cooked with Morinda leaves or butterfly pea flower juice, for colour and aroma. 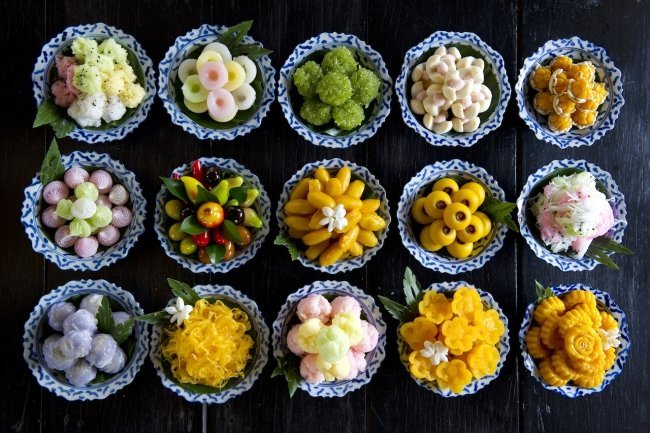