While Aussies tend to denigrate street food at home, in many parts of the world it’s a vibrant part of the local dining scene. Tour the World’s host Adam Ford explores the thriving street-eats culture of Thailand. Let’s face it, in Australia, street food needs a PR make-over. It’s usually the once-a-year preserve of those attending the local agricultural show or when the munchies hit after a big night on the town. Few of us would opt to visit a street food van as part of our daily routine. We just don’t have a tradition of eating on the street. However in many parts of the world (perhaps most surprisingly the USA) street food is an integral – some would say essential – part of the local dining scene. Without doubt that applies to Thailand.

Thailand is one of my all-time favourite travel destinations – for lots of reasons including its well-deserved reputation as a gastronomical holiday hotspot. And part of that reputation stems directly from the amazing street food on offer which provides incredible variety not to mention good value. 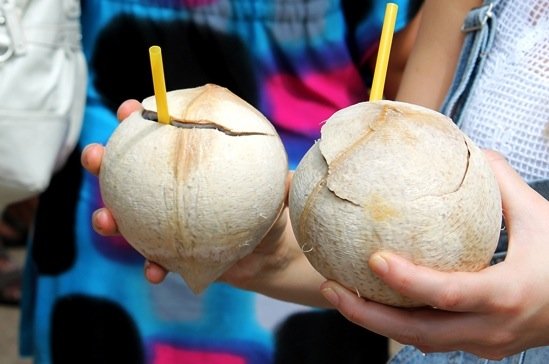 The food varies tremendously in Thailand depending on where you travel. There are staples, specialities and culinary traditions unique to each region. My fellow presenter Jade Harrison recently filmed for Tour the World in the country’s North. Here coconut cream is used far less for cooking than in the south – but there’s a much greater emphasis on deep fried dishes. Chiang Mai is the North’s cultural capital and a renowned street foodies’ destination of choice.

I have just visited the equally intriguing North-eastern region of Isan – a road less travelled for Aussies. Here, fermented fish paste is the main game and the spicier the dish the better. The night market in the regional capital Khorat is one of the best I’ve visited in all of Asia. The senses are assailed as you wander the neat corridors, admiring the mouth-watering delights on offer. It all looks, smells and tastes incredibly good and every dish is garnished with a shy, gentle smile from the vendor. 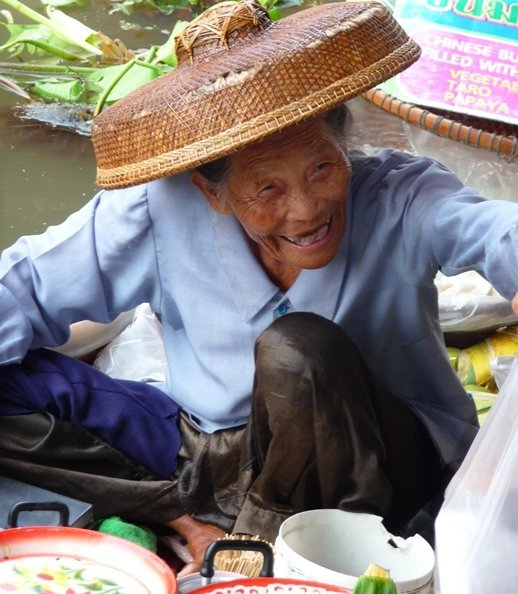 One of the more unusual street food traditions Isan is known for is the range of entomological dishes on offer. Now I’ve never used the words ‘water-bug’ or ‘silkworm’ in the same sentence as ‘looks good enough to eat’. Yet despite our western disposition to dis this particular style of cuisine, logically it makes perfect sense. As a protein source, insects require a minute fraction of the production resources and space needed to raise livestock. I’ve tried a few six-legged snacks in my time and the truth is most of them taste like a crunchy mouthful of not much. However if you want to part-take, this is the spot to do it. 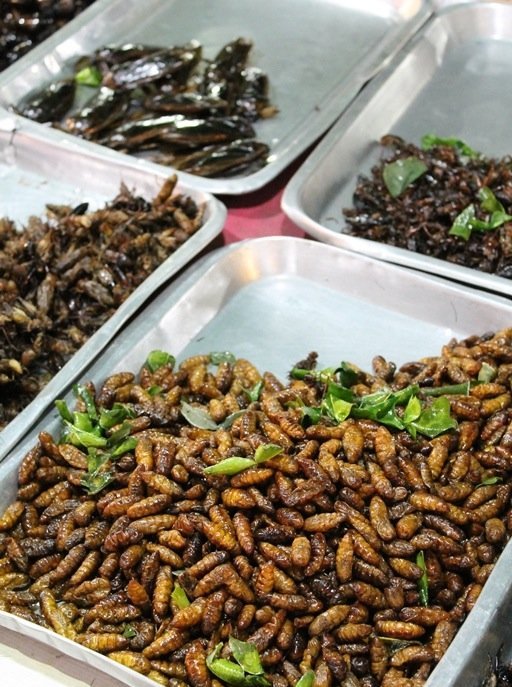 Also in Isan was Melbourne celebrity chef Duncan Robertson – host of Duncan’s Thai Kitchen on Gem. Duncan operates two Thai restaurants in Melbourne and travels regularly to Thailand for filming. For him, Thai street food is all about accessibility.

“Everything is cooked fresh. It’s available on every street corner. It’s affordable and you are directly supporting a local family rather than a big company,” says Duncan. One of his top suggestions is Moo paloh – pork leg slow-cooked in a deep rich stock with star anise and soy, served with a boiled egg, rice and jelly-like pork skin. It sounds amazing. 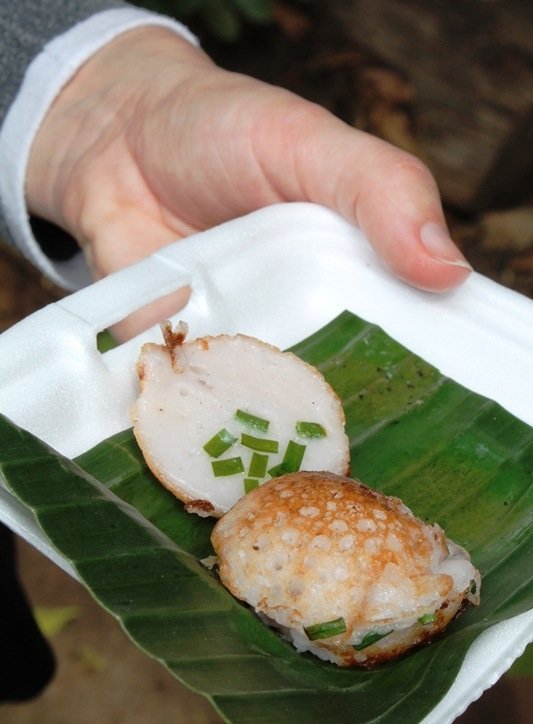 As with all travel destinations, if you are going to try the local street food there are a few basic precautions to follow, much of it plain common sense. Is the cooking area clean, tidy and well-kept? Is there a source of clean water? Is the outlet well patronised? Is the food being cooked fresh and served immediately, or has it been standing in the open for some time (take a few minutes to observe)? Meat should obviously be well cooked. Steer clear of peeled fresh fruit and vegetables unless you are sure they’ve been washed in suitable water.

And as Duncan says - don’t be shy.

Jade travelled as a guest of On The Go Tours.

Adam travelled as a guest of the Tourism Authority of Thailand.