Texan city “thrilled” by new Qantas A380 service to DFW 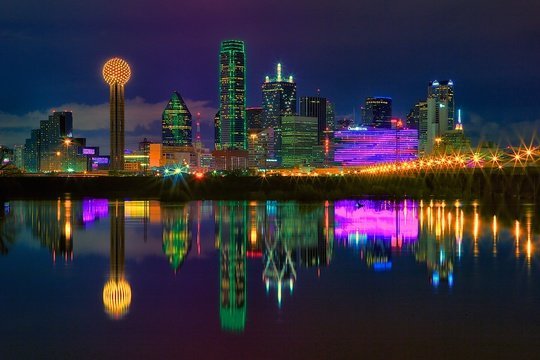 With a little help from its friends at Qantas, the city of Dallas has set a target of luring 100,000 visitors from Australia each year.

Since Qantas began flying to Dallas in May 2011, annual tourist numbers from Australia have tripled to around 60,000 – and with the news that Qantas would begin flying its A380 aircraft to the city from 29 September 2014, Dallas is confident of achieving its goal.

Speaking to Traveltalk at a Melbourne dinner hosted by the Dallas Convention and Visitors Bureau (CVB) the day of the Qantas announcement, Dallas CVB President and Chief Executive Phillip Jones said that with the new aircraft and higher capacity the city “could certainly reach that in the next couple of years”.

“This is a significant event, and accomplishment for Dallas and Qantas in the sense that we’ve seen a tripling of arrivals from Australia to Dallas in recent years, and we expect it to grow in a similar way,” he said.

“Our goal is to reach 100,000 Australian visitors to Dallas on an annual basis.” 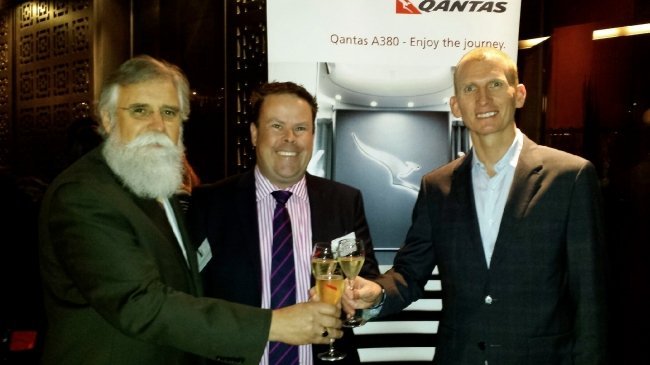 On the Qantas announcement, which will see the Flying Kangaroo upgrade the B747 service it has been utilising on the world’s longest route, Mr Jones said it would be a “win/win for both Qantas and Dallas”.

“We’ve been asking Qantas to get us up to an A380 because we knew the demand was there, and the capacity was limited, so this really is an answer to our multiple requests – and we’re thrilled with it and the results will speak for themselves at the end of the day,” he told Traveltalk.

Although Qantas will reduce its Sydney-Dallas service from daily to six-times weekly (every day except Tuesday), the use of the larger jet means there will be a net increase of seats on the route of ten percent per week.

It will also be the first time Qantas has offered First Class on the route.

Tickets for the new A380 services will be available for sale from Wednesday 14 May at qantas.com or via travel agents.