The Southwest and West Coast of America features some of the United States’ most well-known and popular destinations. Visit the big cities of San Francisco, Los Angeles and Las Vegas, marvel at the beaches along the coastal highway, breathe the fresh air at Joshua Tree National Park and of course, take it all in at the vast expanse of the Grand Canyon. 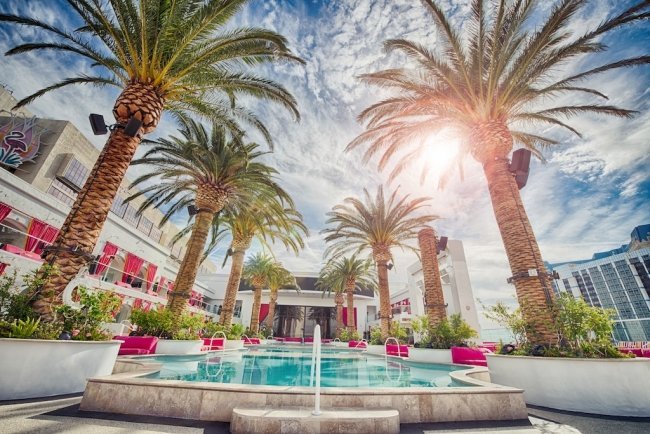 Las VegasKnown as the “Entertainment Capital of the World” or “Sin City”, Las Vegas is located in the middle of the desert and is one of the world’s most visited tourist destinations. Filled with casinos, restaurants, luxury hotels, bright lights, and entertainment of all kinds, a trip to Vegas is never short on fun. Visit some of the city’s most famous attractions - the Bellagio fountains, gondola rides at the Venetian replica, the Eiffel Tower restaurant, the gangster-dedicated Mob Museum, the Neon museum, the Bellagio Gallery of Fine Art and the High Roller observation wheel.

MoabThe city of Moab, located in the eastern part of the state of Utah, owes its popularity to its proximity to the Arches and Canyonlands national parks and the Colorado River. It’s also the gate to the well-known Slickrock Trail and home to the yearly Moab Jeep Safari. If you’re a dinosaur enthusiast, then you can’t miss the Moab Giants Dinosaur Park, which features a collection of life-size dinosaur replicas. The Museum of Moab also features plenty of interesting history, geology and local culture. For a little more activity, take a breathtaking walk to the famous Corona Arch, a massive natural sandstone on the Colorado River. Monument ValleyRemember when Forrest Gump decided to run, run and keep running, until he eventually stopped? That scene, where he ends his cross-country adventure, was filmed on US Route 163 in the Monument Valley, as well as being in countless other movies throughout the years. Chances are, when you think about the American west, you immediately picture the valley in your head. Perfect for a postcard-worthy photo, the unparalleled, deep red-coloured Monument Valley is located in the Arizona-Utah border and characterises itself by a wide group of stratified sandstone buttes, with the largest of these reaching 300 metres over the valley’s floor.

Lake PowellLake Powell is a must see when passing through the area. A man-made reservoir, it gets about two million visitors each year. Its deep blue waters are contained by the intense red-cliff walls. While in Lake Powell, don’t forget to visit the famous Horseshoe Bend, a u-shaped, carved meander of the Colorado River. 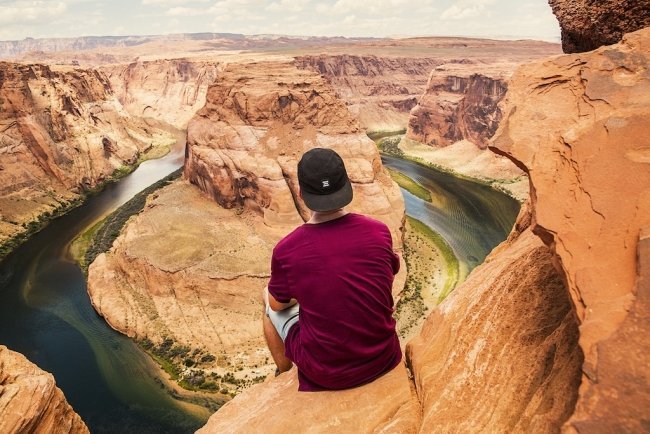 “L.A.” or “The City of Angels” is bound to leave you starstruck. Home to Hollywood and some of the world’s most famous celebrities, L.A. is all about chilled beaches, good weather and life outdoors. Not everything is about the bright lights and the Hollywood walk of fame, and the city offers some amazing hikes, including Runyon Canyon which offers incredible city views. 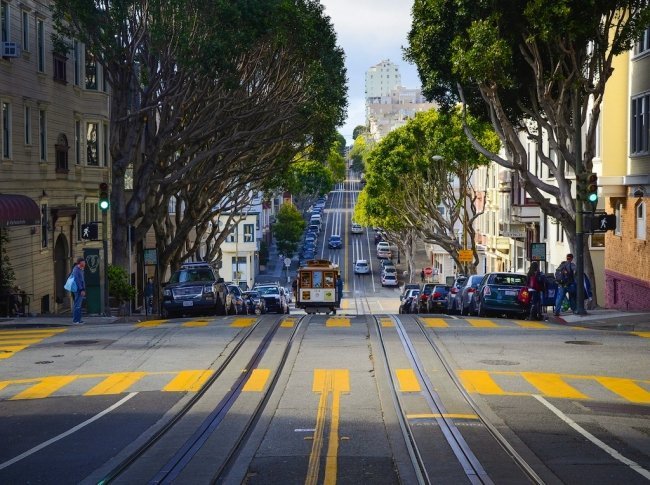 Big SurBig Sur is the undeveloped, beautiful coastal stretch between San Simeon and Carmel in California. Its stunning beach views makes Big Sur a popular tourist destination. As reception drops intermittently through the coastline, it’s important to plan ahead and maybe even carry a good, old-fashioned paper map. Leave plenty of time to stop along the way, especially if you wish to explore some of its mesmerising trails.

San FranciscoSan Francisco, one of the States’ most popular cities, is full of exciting things to discover. Explore its unique hilly streets and cable cars, revel in its famous nightlife, relax in stunning city parks and dine on clam chowder by the seaside. The Golden Gate Bridge is a wonderful photo opportunity, and Haight Street offers a walk through the city’s 60’s hippy history. And don’t leave without taking a ferry to Alcatraz, to explore the prison that once housed Robert Stroud – the “Birdman of Alcatraz” – and Al Capone.