Vanuatu on show, and very much open for business

Tok Tok Vanuatu a testament to our recovery: Deputy PM

Rain can soak the ground in Vanuatu, but it never dampens the spirit of its people*.

TokTok Vanuatu was held this week under overcast skies in Port Vila, and there were plenty of smiling faces at Vanuatu’s major travel showcase. 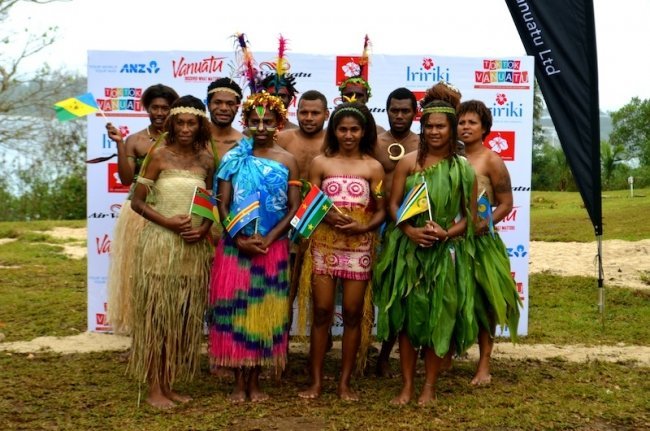 With the country’s tourism industry, which is worth some 50 percent of GDP, well on the road to recovery after a challenging 18 months, there’s plenty to look forward to for Vanuatu.

In Port Vila, properties like Iririki Island, Holiday Inn Vanuatu and Warwick Le Lagon have reopened to positive feedback, while there are also new resorts set to launch such as the Ramada Port Vila. There’s even a huge, new convention centre.

In an interview with Traveltalk at Tok Tok, Vanuatu Tourism Office general manager Linda Kalpoi said the country’s main aim was to now get back to 2014 visitor numbers, which totalled around 108,000 by air and a massive 247,000 by sea.

Share a photo and win a trip to Vanuatu

“We want to invite people to come back to Vanuatu,” she said, highlighting upgrades to tourism infrastructure, especially at Port Vila airport and the capital’s wharf.

After that, the country wants to grow the market, of which 63 percent is currently Australian, by 5 to 10 percent annually.

Held at Iririki Island Resort, Tok Tok Vanuatu was officially opened by Vanuatu Deputy Prime Minister and Tourism Minister Jo Natuman, who in his speech called the event a testament to the country’s full recovery from Cyclone Pam.

The 16th edition of the event featured some 60 exhibitors and more than 40, largely Australian buyers.

Traveltalk is attending Tok Tok Vanuatu as a guest of the Vanuatu Tourism Office. The writer flew to Port Vila with Air Vanuatu and is staying at Iririki Island Resort.

*Vanuatu was named the happiest nation on earth not once, but twice in the 'Happy Planet Index'. So exercise those cheek muscles if you're visiting.