Vanuatu isn’t immune to the odd tremor or two. But the rumbling under my feet today is no earthquake, but one of a few dances showcased at Lenawawa Cultural Village, in which men and women in traditional garb sing loudly, clap their hands to almost deafening effect, and stomp the ground – hard. It’s an intoxicating display, in which visitors to the village are towards the end invited to participate – and do so joyously. 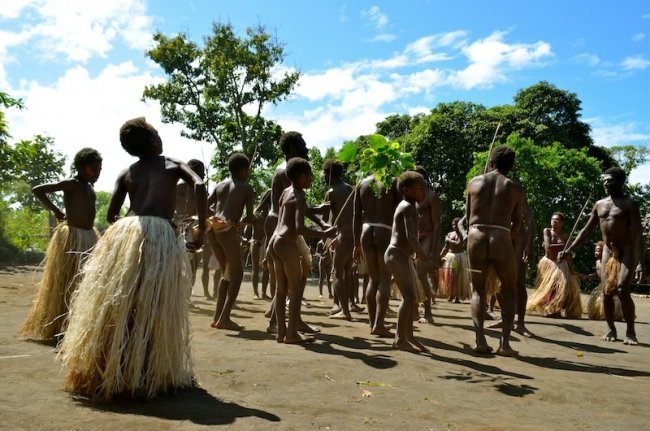 But the almost brutal display is a far cry from the welcome we receive from “Willy”, a shy adolescent, who walks us down a wooded path into the village whilst pointing out endless varieties of fruit and vegetable crops, and even kava and nicotine plants along the way. One of just a few formally-schooled villagers, he lets go a quick smile worth a hundred grins where I’m from in urban Australia.

While most visitors to the ni-Vanuatu island of Tanna head to Yakel Village, made famous by the film Tanna, our local guide, Greg from Friendly Beach, has brought us to what he believes is the most authentic village experience.

When we arrive in the village proper, we’re treated to a show by the village children, who seem to be playing among themselves as much as putting on a song and dance display for visitors. 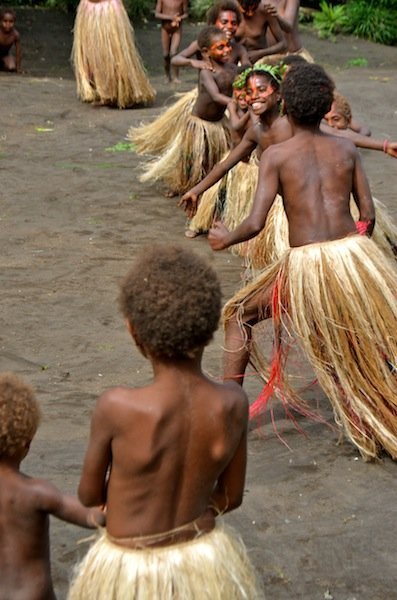 Past pigpens, wandering chooks and dogs, and the village’s traditional cyclone hut (which is sturdier than it looks), we’re led into the indoor ‘kitchen’, where we’re shown how locals make laplap, the national dish of Vanuatu, which combines pounded root vegetables with coconut milk and cabbage, spinach or taro leaves cooked under heated rocks.

Afterwards, I have my face painted with crushed rock, before we’re shown how villagers create fire (with sticks and coconut husks). And then it’s onto the earth-shaking dance.

I never knew clapping and stomping could be so loud. But then, I’ve never been to a village quite like this. 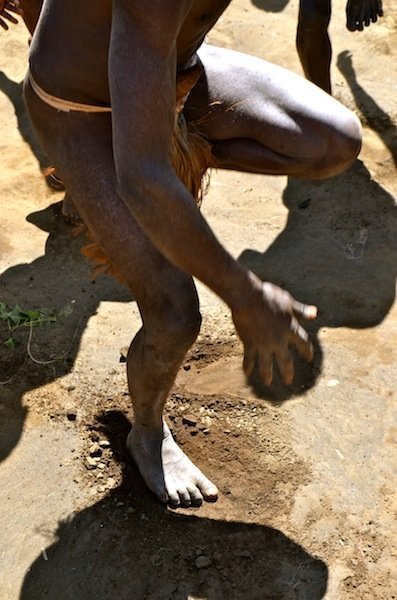 Traveltalk is attending Tok Tok Vanuatu as a guest of the Vanuatu Tourism Office. While in Tanna, the writer stayed at Friendly Beach.