Brecon Beacons: There be dinosaurs here 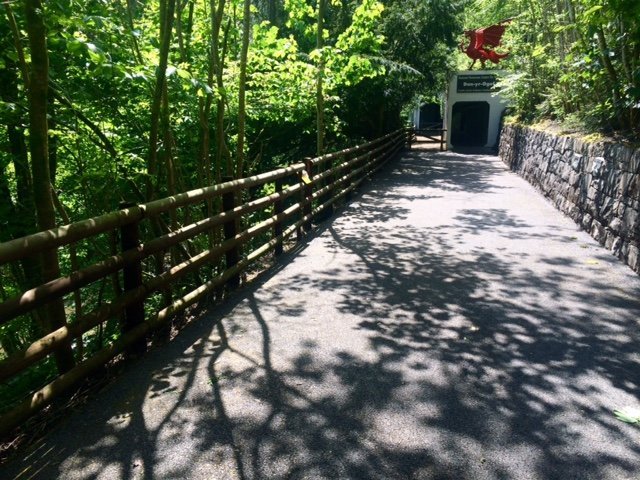 In a country famed for its castles and dragons, an attraction devoted to caves and dinosaurs in Wales may seem a little awry. But The National Showcaves Centre, which showcases just that, is every bit as superb as it is surprising.

This Brecon Beacons attraction sits on a hillside, hidden amongst woodlands and in a silence broken only by the occasional sound effect (ie dinosaur roar or volcanic eruption). A brontosaurus, under which we enter, makes a sudden impact. But the forest, we soon discover, abounds in dinosaurs, including the brachiosaurus, stegosaurus, triceratops and of course, T-Rex, as well as flying Pterosaurs above them. 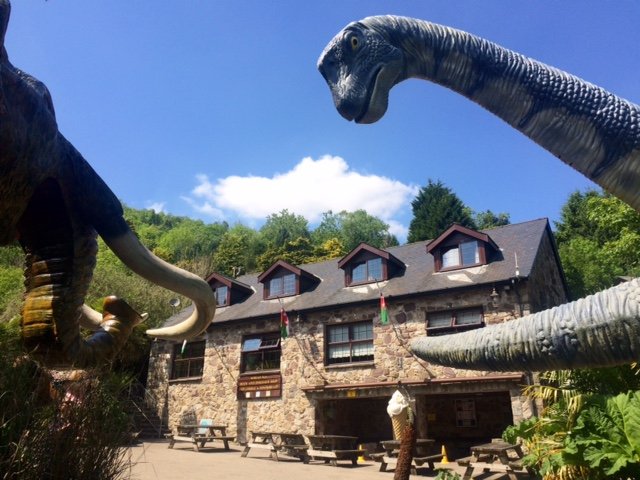 However, the real highlights at the Centre lie underground, forming part of Brecon Beacons’ world class cave systems. The first, Dan-yr-Ogof, winds its way around the underground Llynfell River; it’s a long, complex system that leaves us in awe of its stalactites and stalagmites, and formations like the ‘bacon rasher’ and ‘angel’. All up, there’s over 16kms of explored caves here alone.

The second cave is the most impressive, huge in scope and with gushing waterfalls and lakes. Called the Cathedral Cave, its main chamber even hosts regular weddings. But today, the caves are void of visitors, which adds to the ambience. 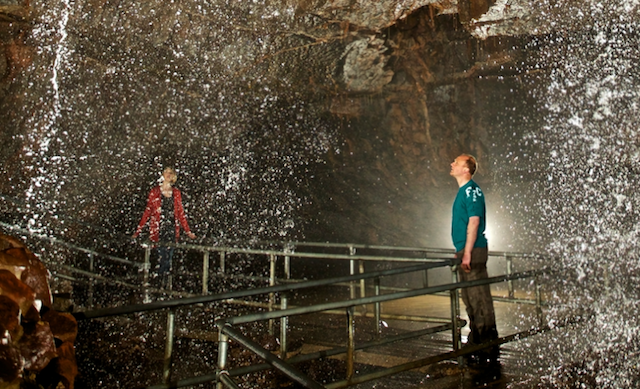 Over forty human skeletons dating back to the Bronze Age were found in the Bone Cave, as well as ancient Roman artefacts, and the chamber now recreates past events, some grim, that may have taken place right here.

Elsewhere in the park, there’s a museum and farms. But on a warm Welsh day, we find the coolest place to be is underground. 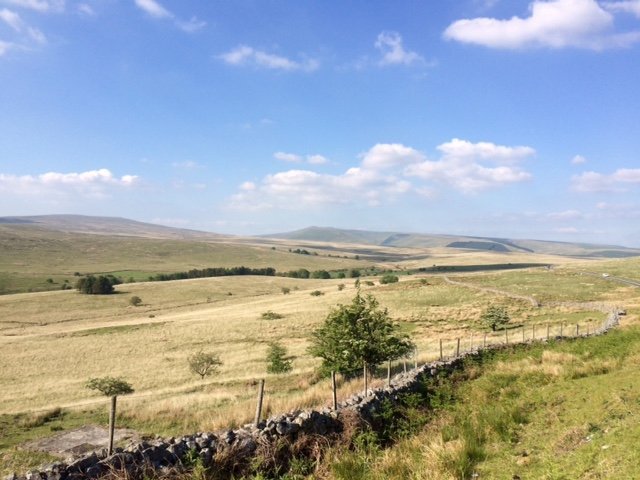 Choose your own adventure

Outside of the Centre, Brecon Beacon stuns at every turn. Roads almost our own take us through wonderful woods and fields of tall grass punctuated by stonewalls; in between countryside almost clichéd in its cuteness, the occasional hamlet rolls by.

But below its heather-covered hills, Brecon Beacons’ waterways – both clear and hidden – give this park its lifeblood.

We stop at one of the countless beautiful waterfalls in the NP, Henrhyd Falls. The highest waterfall (27m) in Brecon Beacons, Henrhyd can be accessed via a short hike through a wooded valley, and you can even wander behind its gushing water (or wade in the lake below, if you don’t mind the cold). A testament to its beauty, these falls were used in the Dark Knight Rises film as the entrance to the Batcave. 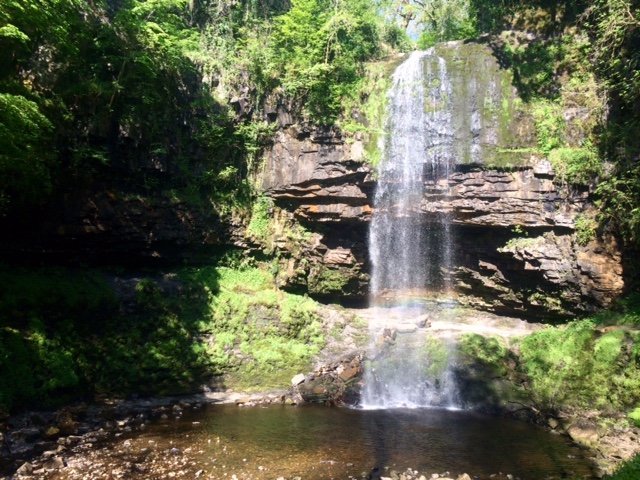 From here, you can walk to nearby Henrhyd Small Falls or head to any number of other equally stunning falls in the park, such as those in Waterfall Country between the villages of Hirwaun, Ystradfellte, and Pontneddfechan.

Rising above it all, almost at the dead centre of the National Park, is the southern UK’s highest peak, Pen Y Fan. Views of this majestic mountain can be had from many parts of the park, but a good place to start is the Brecon Beacons Visitors Centre. Here, you can also grab a great meal (though sadly not our Welsh fave, laver bread) or drink, pick up some souvenirs, or just get talking to some local artisans while the kids hit the playgrounds. 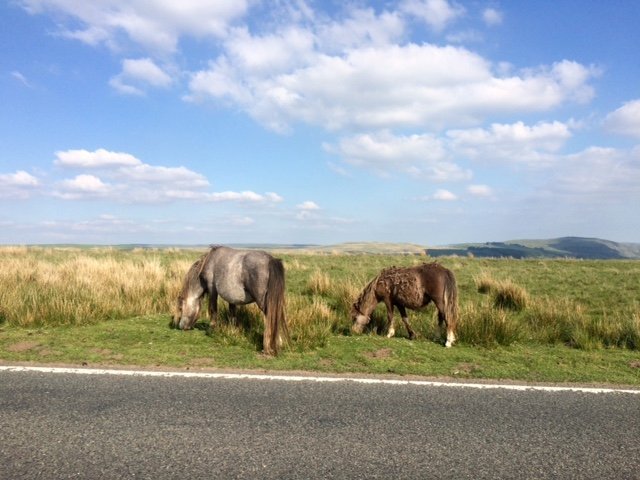 For those who want a close up view of Pen Y Fan, or indeed to scale it, the easiest way up is the four-mile circular walk from the Storey Arms Outdoor Centre or Port ar Daf car park. The ‘climb’ to the 886m summit takes us along vast, open moorlands, and is surprisingly gradual. But once at the top, the panorama is anything but gentle, as an untamed view overlooking the lower slopes, and what appears to be the entire National Park, and beyond, opens up before us.

Visitors seeking even more thrills will find an almost endless array of adventure activities here, from mountain biking and horse riding to abseiling and rafting. Or of course, you can explore the Park at your own pace, and discover Brecon Beacon’s wonders – secret and otherwise – one glorious piece at a time. 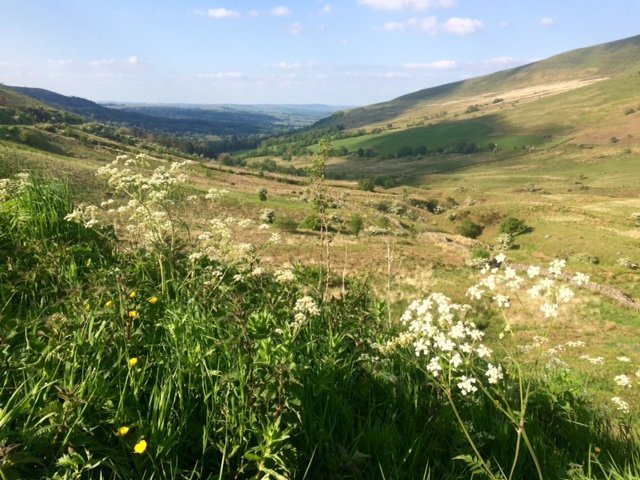 Where to stay? Brecon Castle Hotel. Part Norman castle, part country home, and with super hospitality to boot... Need we say more? Read our review of the property here.

How to get here? Brecon Beacons is less than 30 miles from Welsh capital, Cardiff, and can be reached in around three hours by car from London. For more info on the region, head to the Visit Wales website.

Traveltalk travelled with the help of DriveAway Holidays.