Cardiff: From coal to cool

You may or may not know much about Cardiff, like it was once home to the world’s busiest port. But spend a day, two or more in Wales' charming capital and, like MARK HARADA, you might just become a full-blown Cardiff-phile. Here are just a handful of reasons why cool Cardiff should be included in your next trip to the UK. 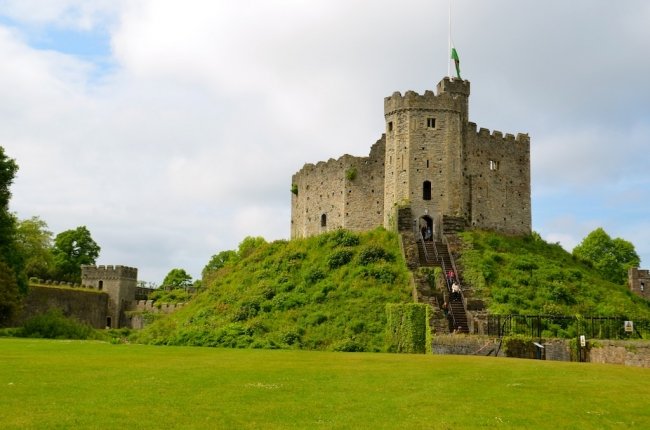 It’s hard not to run into the mighty walls of this medieval fortress while ambling through downtown Cardiff. Accessible via the impressive South Gate, the castle comprises a modern visitors centre and Welsh soldiers museum, ornate Clock Tower and Black Tower, Castle Apartments (highlighted by the Banquet Hall and elaborate Arab Room), and centrepiece motte and Norman Keep (whose 100 or so steep steps are worth taking for the view alone). There are even the remains of Roman walls on the site.

But for all its splendour, I find the most fascinating part of the site to be the tunnels within the outer walls, which were used as bomb shelters during World War Two. With its visual recreations, the sounds of incoming bombs and sirens, and accompanying haunting music echoing throughout, it’s a spooky experience. And today, it stands in stark contrast to the large sunbathed grass range outside. But it’s an experience not to be missed. 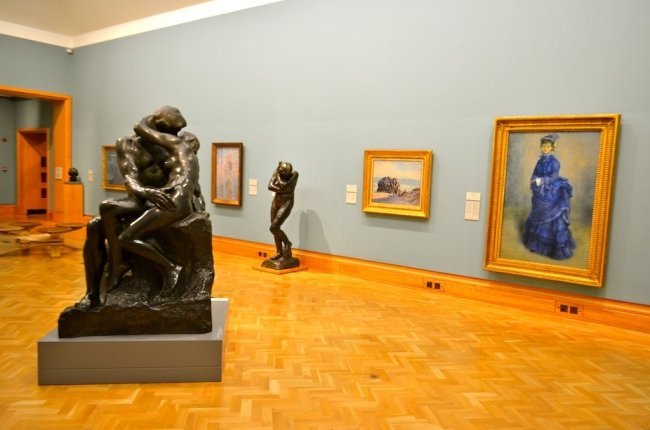 It mightn’t be where you’d expect to find one of the world’s best collections of impressionist art. But like this town, this gem of a museum is full of surprises, as well as compact, easily navigable and free (in price and of crowds). With so many Monet, Manet, Cezanne, paintings around, you’ll almost overlook the nearby Rodin and Degas sculptures. And you don’t land Picassos, Van Gogh’s ‘Rain’ and Rembrandt's 'Catrina Hooghsaet' without a lot of pull. There’s even a giant Uluru painting by Michael Andrews.

Today, I’m able to take in the special ‘Bacon to Doig’ exhibition (also free), but personally, I love the Welsh wing, which showcases the beautiful landscapes of Wales and why they’ve drawn celebrated artists for centuries (and make this traveller yearn for similar journeys). Arguably, the most famous Welsh painter, and first major British landscapist Richard Wilson features prominently here.

Elsewhere, there’s plenty of natural history and science on display. But for me, it’s about the art. Oh, and it’s all housed in a pretty spectacular looking building (next to the equally beautiful Cardiff City Hall). 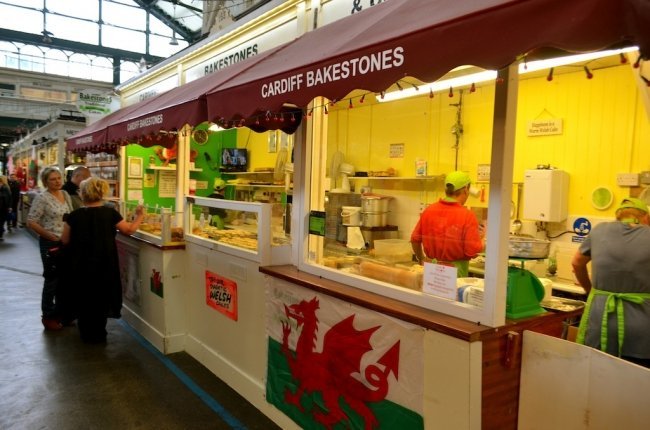 With the highest concentration of Victorian, Edwardian and indoor shopping arcades in Britain, Cardiff is known as The City of Arcades. And like most things in this thoroughly walkable town, Cardiff’s ‘malls’ are all located close to one another. But take your time in each once get there (even if you don’t need a haircut by a hipster barber). Whether it’s the Wyndham, Royal, or multi-level Castle Arcade, you’ll find somewhere to just sit and take in the views (and people walking by).

Nestled off St Mary Street, in Cardiff Market, you’ll encounter a variety of stalls from jewellers to green grocers to souvenirs merchants. A great place for a quick bite, here you’ll find Thai food next to chips and curry sauce, popular jacket potatoes alongside my favourite – Welsh cakes (think flat filled scones, but much, much better). And the Victorian market is all under one large, beautiful glass roof. 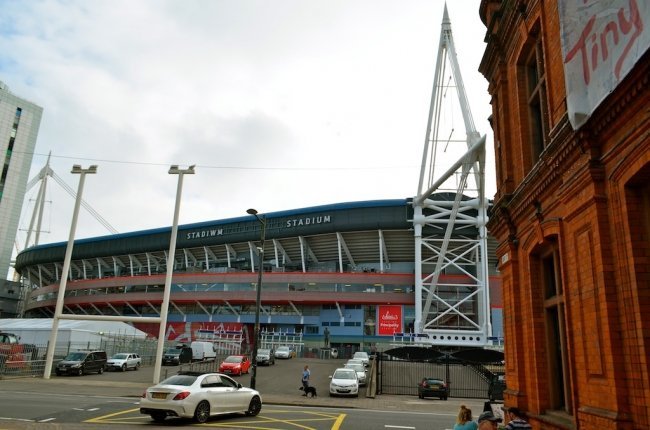 Located in the heart of the CBD, Principality Stadium towers over Cardiff. But rather than cast a giant shadow, it’s been a source of light and pride not just for the people of Cardiff, but for Welsh folk everywhere, who come by the droves when their beloved football or rugby teams take the field (indeed countless times against the Wallabies). Tours of the stadium take you through rugby’s Dragon’s Lair dressing room, the players tunnel towards the pitch, and the President’s Box, among other exclusive areas. 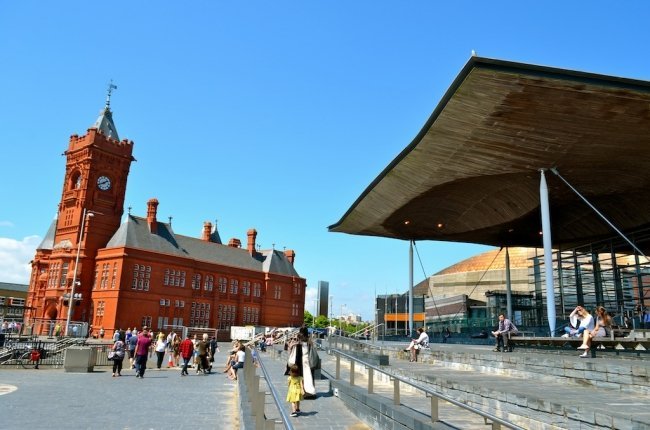 Since its reformation in the last decade, Cardiff Bay has become a tourist hotspot – and with good reason. Here, you’ll find cool bars and restaurants, art and crafts, a wetlands reserve, boat rides and even a Norwegian Church and Café. The landmark Pierhead Building and modern Senedd that comprise The National Assembly of Wales are also located here (because pollies know how to find the best workplace).

The awesome Dr Who Experience (which will sadly soon cease to be, despite the show’s base in the city) is located just beyond pretty Mermaid Quay too. Do it all, or, on a perfectly sunny day like this, you could be happy just strolling around the harbourside as we are. The world’s oldest record store, established in Cardiff in 1894. Need we say more?

Where to stay? The Clayton Hotel Cardiff is perfectly positioned at the south end of the city’s main thoroughfare, St Mary Street. Read our review of the hotel here.

The writer was a guest of Visit Wales, and travelled to Cardiff with the help of DriveAway Holidays. Read about our drive around the UK here. 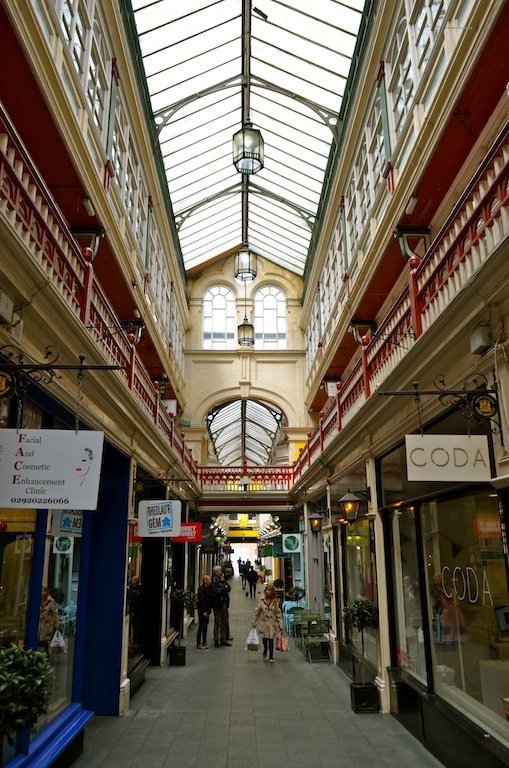