There’s a bucket list adventure for everyone in Western Australia

Get ready to tick off your adventure bucket list in Western Australia, with an unforgettable journey waiting for everyone.

The country’s largest State with its long coastline and sunniest capital city, Western Australia is a place to recharge your spirit — outdoors in the fresh air and wide open spaces, where it’s always summer somewhere. 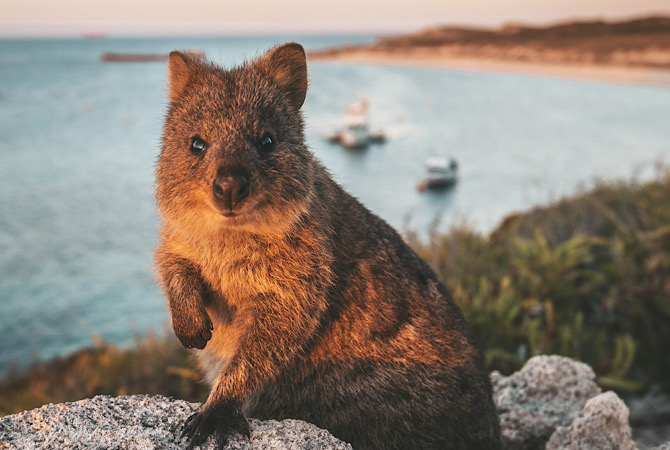 PERTH – ALL KINDS OF ADVENTURES, RIGHT ON YOUR DOORSTEP

Australia’s sunniest capital city of Perth offers adventures for everyone – if you are struggling to pick an adventure, just pick a direction instead! Framed by the Swan River and literally nestled in nature, cosmopolitan Perth is a lively metropolis that boasts 19 pristine beaches, Indian Ocean sunsets, and one of the world’s largest inner-city parks, Kings Park. It’s also home to the Swan Valley, the only wine region within an Australian capital city. You can take a walking tour of Fremantle and discover Perth’s eclectic port, head further south and tour with Perth Wildlife Encounters to swim with wild dolphins in Rockingham, or take a trip to Rottnest Island, Perth’s very own adventure playground and meet the friendly quokkas, the world’s happiest animal. THE KIMBERLEY – ONE OF EARTH’S LAST TRUE WILDERNESS AREAS

An ancient landscape that covers nearly half a million square kilometres, the Kimberley is one of the world’s most precious wilderness regions. A land of otherworldly colours and contrasts shaped over billions of years, the Kimberley offers a range of bucket-list adventures for any type of traveller. Take a flight over the World Heritage-listed Bungle Bungle Range in Purnululu National Park with Aviair, jet boat through world’s only Horizontal Waterfalls in Talbot Bay with Horizontal Falls Seaplane Adventures, or tackle the legendary 660 kilometre Gibb River by four-wheel-drive. In sheer luxury, take a Kimberley expedition cruise to faraway bays, thundering waterfalls and tropical islands. Witness the otherworldly phenomenon of Broome’s staircase to the moon, hunt for dinosaur footprints or watch an Indian Ocean sunset from the saddle of an unhurried camel. Part soulful, part magic —the Kimberley grounds you and the red dust never leaves you. Home to over 150 wine producers and 90 cellar doors, the Margaret River Region is the only wine region in Australia that combines premium wine with otherworldly coastlines, ancient caves, tall timber forests, world-class beaches and epic surf breaks. Of course, it’s not just about the wine, there are plenty of other adventures to discover here too. Surf world-class breaks, hike or mountain bike along forest trails that hug the stunning coastline, watch whales splash in the Indian Ocean and meet other native wildlife. Walk on Country for an Aboriginal bush tucker tour with Koomal Dreaming, explore ancient caves or just relax on the beach. Go canoeing, rock climbing, horse riding, or slow down and stroll along Busselton Jetty, the southern hemisphere’s longest timber piled jetty at 1.8kms long. At just a 2.5-hour drive from Perth, the Margaret River Region is a hotspot for bucket-list adventures – including ones you never knew you had. 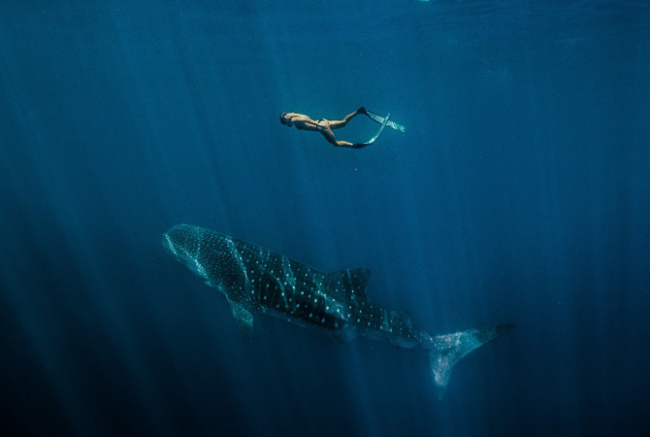 Over 300-kilometres long, the World Heritage listed Ningaloo Reef is one of Earth’s most biologically diverse marine environments in the world. It’s the closest coral barrier reef to a land mass in the world, you can just walk straight off the beach and snorkel amongst 200 species of coral teeming with 500 species of colourful fish - nowhere else on the planet can you access a large coral reef so easily! What makes Ningaloo Reef so special, is that it is the only place in Australia that you can swim with gentle whale sharks, the biggest fish in the world! You can also fill your days swimming with humpback whales, turtles and manta rays. If you journey further along the Coral Coast there are more otherworldly adventures waiting.Explore the wildflowers and rugged open spaces of Cape Range National Park, or further south, take an ocean kayak tour in Shark Bay with your Aboriginal guide or meeting inquisitive wild dolphins at Monkey Mia, hike Kalbarri’s dramatic 400-million-year-old river gorges or swim with playful sea lions in Jurien Bay. 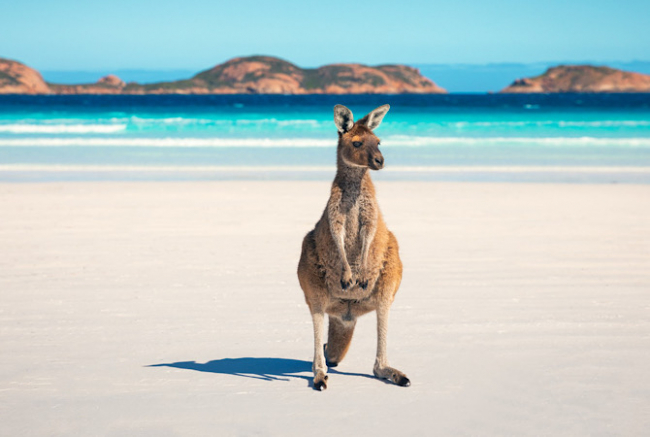 Esperance — an isle-wrapped town with an unspoilt coastline rivalling any in the world. Here, you can share Australia’s whitest beach, Lucky Bay, with friendly sunbathing kangaroos. Take an ocean boat cruise to see majestic migrating whales, soar over otherworldly, bubble gum pink lakes or hike pristine national parks. Swim, snorkel, fish or four-wheel-drive along some of the world’s best beaches, many of which you’ll have to yourself.

With Western Australia now open and ready to welcome visitors to wander out yonder in this incredible State, there has never been a better time to start ticking off your Western Australian bucket list.

Find out more at westernaustralia.com/trade.