Travel to Kimberley before it’s too late, urges Lonely Planet 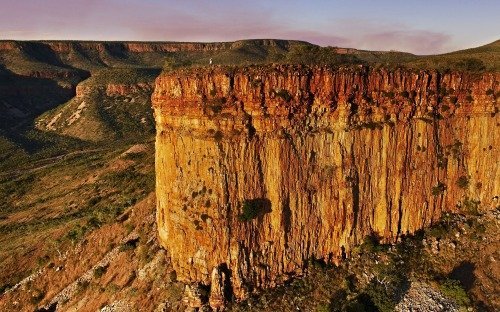 Lonely Planet didn’t pull any punches when recommending travellers to head to the Kimberley in Western Australia, advising its readers to “explore the area now, before big business encroaches further”.

Describing the Kimberley as one of the most starkly beautiful regions in the world, the travel guide book publisher said the Kimberley would not fly below the radar for long, adding that the “resources-rich Kimberley narrowly missed out on becoming the site of one of the largest natural-gas projects to be given government approval in Australian history”.

The Kimberley came in second place in Lonely Planet’s top ten regions to visit next year, and its promoters hope the recommendation will boost the region’s profile to an international audience.

Australia’s North West Tourism chief executive Glen Chidlow said that the announcement by Lonely Planet not only reflects the appeal of the Kimberley’s natural attractions, but is also testament to its diverse tourism offerings.

“Adventure expedition cruising, wilderness resorts and lodges, scenic flights along the Kimberley Aerial Highway, engagement with Aboriginal culture, and outback travels along the iconic Gibb River Road are just some of the experiences available which makes the Kimberley so special,” Mr Chidlow said.

Australia’s only other entry in the annual compilation was Adelaide which ranked ninth in Lonely Planet’s top ten cities to visit.