For many, the first hotel they ever know is the red hotel of Monopoly (also known for being incredibly sharp when trodden on). Of course, real hotels are generally a lot nicer and less red. That is, unless you're in Melbourne's Federation Square. 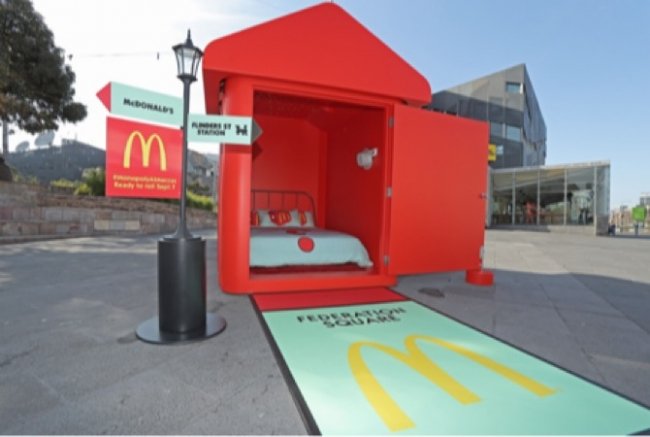 At just 2.4m X 3m, the hotel was inspired by the tiny house movement, which has seen people across the globe exchange their normal sized homes for tiny spaces.

And although the gimmick was built to celebrate the return of the Monopoly Game at Macca’s and to launch the new interactive game app, we hope someone will build a Monopoly resort sometime soon. We'll just need all the railways.