A $50 million luxury hotel has been planned for the Barossa Valley and is set to become an icon for the region. 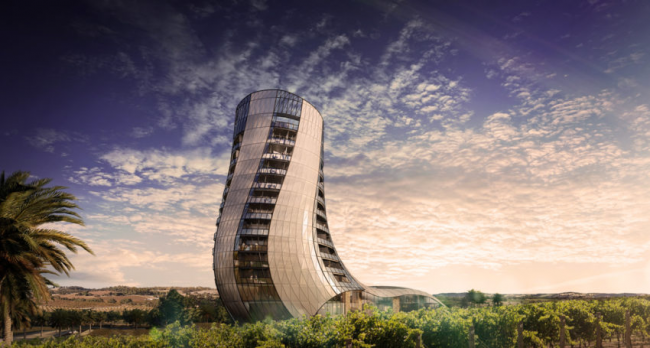 The Sydney Opera House is an Australian icon, and for visitors to the city it is one of the first things to see on their list of attractions.

“A Sydney Opera House for the Barossa,” Randall said.

Enter a $50 million luxury hotel of about 70 rooms, each with their own private balcony.

To be named Oscar Seppeltsfield, the Luxury Hotels Australia project is expected to begin welcoming guests in 2022.

“Oscar will complete the grand vision of our tourism master plan for Seppeltsfield to become the most desirable epicurean destination for tourists worldwide,” Randall said.

“The hotel will be positioned gently in the middle of the Great Terraced Vineyard, surrounded by century old bush vines, an amazingly tranquil location and a short walking distance to the world-class Seppeltsfield tourism village."

The hotel will be built on Seppeltsfield Wines-owned land and leased to Luxury Hotels Australia for 99 years.

“In 2019, Seppeltsfield was judged as one of the top 50 vineyards in the world,” Randall said.

“The addition of this luxury hotel will elevate Seppeltsfield to one of the top five vineyards in the world, in turn lifting Australia’s international wine reputation.”

Construction is hoped to begin in early 2021 with the building completed some 12 months later.