It’s not uncommon to hear of a relationship falling apart during COVID-19 and its associated lockdowns and separations. But here is a story about love blossoming...in quarantine. 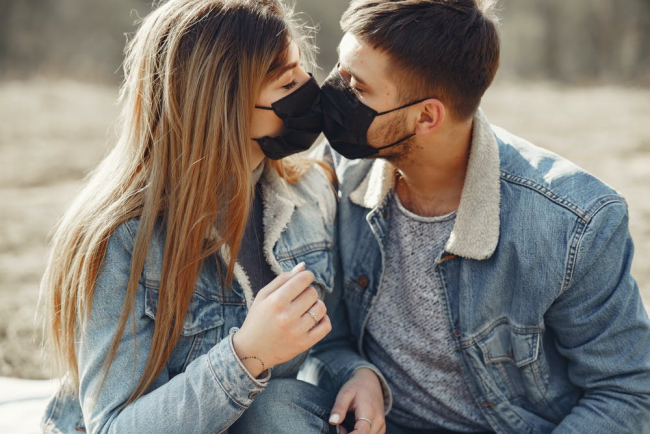 Vanessa Rocis had been in Belgium for three months en route to Latvia before COVID-19 forced her home. In room 1117 at Melbourne’s Travelodge Hotel, Rocis joined a Facebook group for those also stuck in quarantine and posted a picture of her view, The Age reported.

Anthony Thomas was staying directly below her.

Like Rocis, Thomas had plans. He was preparing for a two year long motorcycle trip around the world, but COVID ended that and he too was stuck in quarantine.

Also in the Facebook group, he sent Rocis a message.

Each night they would watch Netflix ‘together’ and play online Scrabble. They would even order their meals at the same time.

“It was really nice to hear from someone else ... but also weird suddenly having like this little community of people who were the only other people who knew how it felt to be in there,” Ms Rocis said.

“We were always talking about what was coming up for lunch, and warning each other when nurses were coming around to do COVID tests,” Rocis said.

“But we kind of had to wait until we met in person to see if there was more, because it’s just surreal building this friendship with someone and knowing that they’re literally in the same building as you, but never being able to see each other.”

The couple finally met in person for a picnic and Thomas says the commonalities between himself and Rocis brought them together.

“It was really good talking to someone who could actually relate - most of my friend’s lives hadn’t changed that much due to COVID, they hadn’t lost their jobs, relocated or had to fly back to Australia.”

It’s been a year now since the pair met and they were back at the hotel, this time together.

“I shared our story in the same Facebook group we’d met in on the weekend just because there’s a huge amount of really rough stories and things people have been going through in there,” Rocis said.

“We felt like it was just nice to share that something so positive had come out of this.”