MARK HARADA walks in the footsteps of a list of luminaries to stay at Aggie Grey’s Hotel. But this recently reopened property is even better now.

Samoa’s Aggie Grey’s Hotel has a storied past; it was written mostly during the Second World War, when the hotel became a favourite amongst US servicemen looking for a little RnR. Consequently, Aggie Grey became one of the most famous people in Samoan history, and the property a local legend, even hosting figures like Marlon Brando and Gary Cooper. 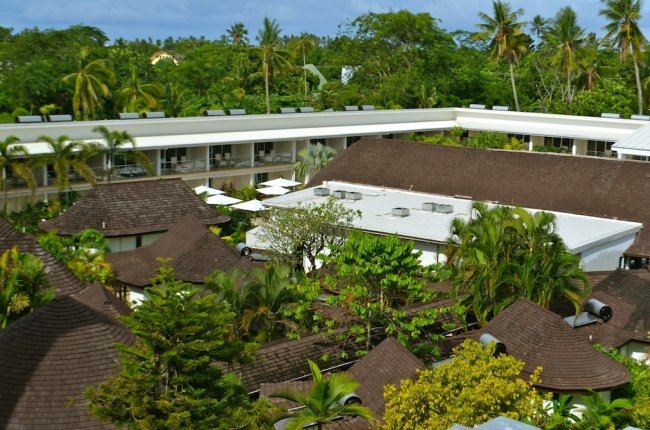 But the hype surrounding the relaunch of Aggie Grey’s Hotel in May 2016 wasn’t simply down to the return of an icon. With the reopening of the property came the arrival of the first global hotel group in Samoa – Sheraton Hotels & Resorts.

Located on beachfront in downtown Apia, Aggie Grey’s underwent massive renovations as part of its rebranding as the Sheraton Samoa Aggie Grey’s Hotel & Bungalows – and the results speak for themselves. An impressive space, the lobby features plenty of light-coloured marble and elegant armchairs, with the 24/7 Lobby Lounge to one side and Lobby Lounge Bar on the other. 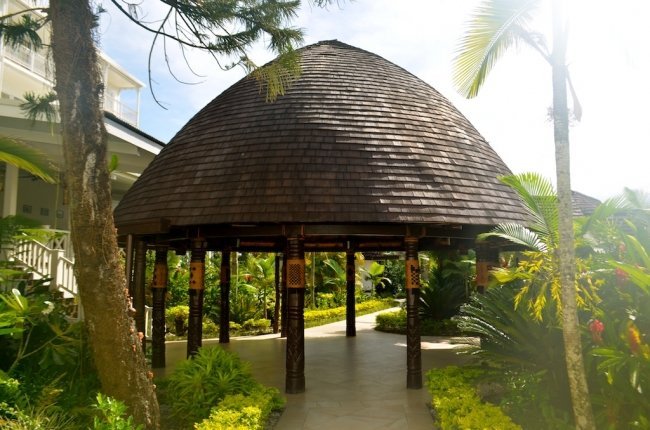 Past reception, stairs lead through The Verandah lounge, and under a beautiful Samoan fale, manicured gardens and on to the resort’s main restaurant Feast. Breakfast is served here, and features the usual selection of hot and cold western favourites (sausages, fried potatoes and tomatoes etc), Asian cuisine (fried rice and stir fries) and naturally, tropical fruits. Specially ordered eggs, do take a while though (despite the absence of a crowd) so be sure to enjoy some of the fine espresso coffee while you’re waiting.

The open air, poolside eatery also serves lunch and dinner, which features both buffet and a la carte options, as well as a rotating menu, including local Fia Fia cuisine, BBQs, and even Indian and Mexican fare. And if you have the choice, go with the seafood over the steak – this is the middle of the Pacific! Elsewhere, formal dining is offered in the ritzy looking Aggie Grey’s. 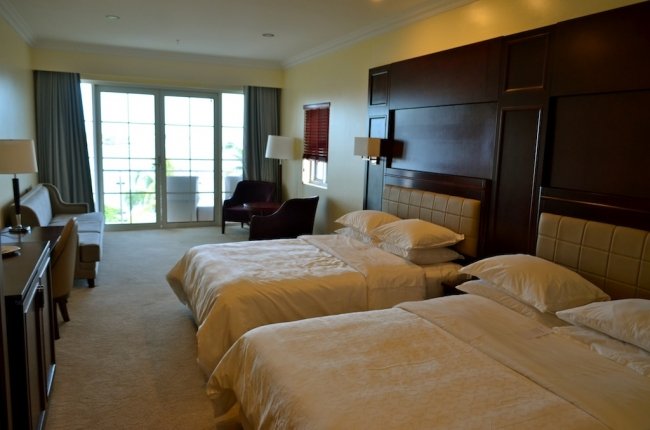 Upstairs, and my room has sweeping views over the ocean, plus a small verandah from which to view it. The room is huge, with two queen beds, large TV, workspace, mini bar and the other mod cons you’d expect of a Sheraton. Wifi is free for SPG members, as well as in the lobby. Otherwise, expect to pay some pretty steep prices (AU$25 per day, $50 for 3 days) for broadband, as is the case in all of Samoa. The bathroom is also impressive, with a large window making it possible to admire the view while taking a shower (though the water pressure leaves a little to be desired).

Elsewhere, the beautiful bungalows offer guests the chance to sleep in traditional surrounds, but still in luxury. These are located around the resort’s main pool, which is located in the centre of the property.

Sitting amid loungers and palm trees, and with a cool swim-up bar, the main pool is the perfect place to while away a couple of hours. More serious swimmers can use the secluded (read almost hidden) lap pool. While the hotel is a little light on amenities, it’s close to plenty of local experiences like the Samoa Cultural Village, Palolo Deep Marine Reserve, Apia’s busy markets and the Robert Louis Stevenson Museum (the writer lived and died in Samoa) a little further away. But the resort does have, almost discreetly, the Black Sands Casino in an annex of the building.

Despite the new international branding, the hotel remains Polynesian at heart, and the super friendly service reflects that. But more than just being welcoming, the service is impeccable, with staff proficient in English, polite, and professional in nearly every way. Noticing my camera, one staffer is even happy to talk photography with me, while another chats passionately about her love of music.

It may be a Sheraton now, but this property can’t escape its roots. And in a country, where roots go deep, and family matters above all else, guests are made to feel one of an extended clan. 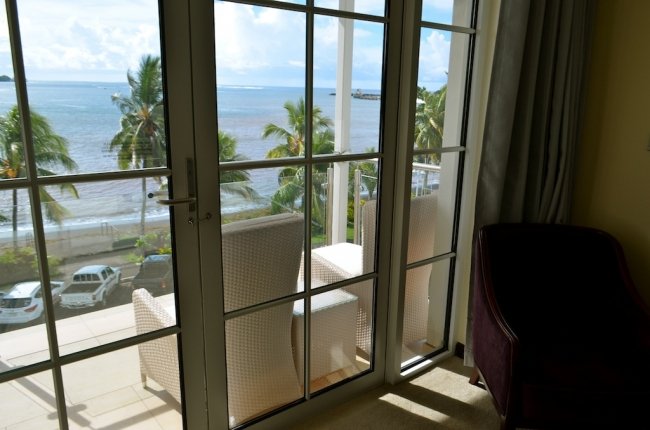