How Europe’s biggest hotel group is taking on Airbnb

If you can’t beat them, join them - and perhaps take from them later.

The boss of AccorHotels says Europe’s biggest hotel group is tapping into Airbnb territory as it looks to compete against a “formidable concept” that has gone on to become the world’s biggest accommodation provider with a net worth of over $40 billion.

Speaking via a video link at Melbourne hotel conference, AHICE, AccorHotels global CEO Sebastien Bazin said the group had acquired a host of digital businesses and adapted its own business model to compete with the share economy phenomenon, the Australian Financial Review reported. 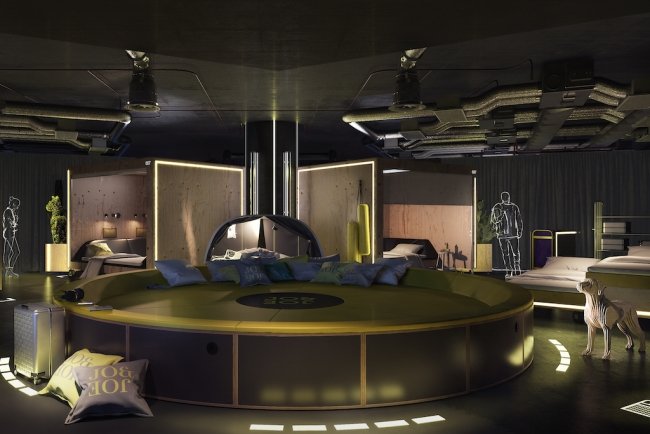 A rendering of the Together Room at JO&JOE

“I am trying to adapt. I am saying what they do is nice and it’s growing, so why not tap into their territory. They are tapping into mine, so I might as well do it to them,” he told Australian hotel owners and investors at the event.

The biggest accommodation supplier in Australia, Accor has recently made inroads into the private rental accommodation market with investments in platforms Onefinestay, Travel Keys, and digital concierge business John Paul.

“Onefinestay is a fabulous brand. Very pure, we just need to expand it into 20 or 30 megacities,” he said of the business, which currently rents out luxury homes in New York, London and Paris among other places, and is considering moving into Sydney.

Mr Bazin added that the group was “totally indifferent” about customers’ preferences between hotels or rentals as long as it provided the best service.

According to AFR, Bazin also lauded Accor innovations like JO&JOE, a hostel-hotel hybrid that allows rooms to be reconfigured via wheeled partitions, and a move to offer rooms on an hourly basis.

“That is almost done. Accor is engaged in renting space by the hour. If you need a space for three hours or eight hours, it’s doable. It just needs to be incorporated into our technology and systems,” the Frenchman said.

“Hotels have very heavy costs per square metre, so whatever we can do to get better use out of the space, even if it’s not for a night’s stay, is a good thing for the owner.”