Now, the Group adds a further two landmark projects to the pipeline with Raffles Bali set to open in 2020 and Raffles Sentosa Resort & Spa Singapore planned for 2022.

With at least four hotels in the development pipeline, the Group will grow the brand by at least 50% in Asia, while planning further flagships for Europe, the US and Middle East including Raffles London in the former War Office, Raffles Boston Back Bay Hotel & Residences and Raffles Palm360 Resort Hotel & Residences. 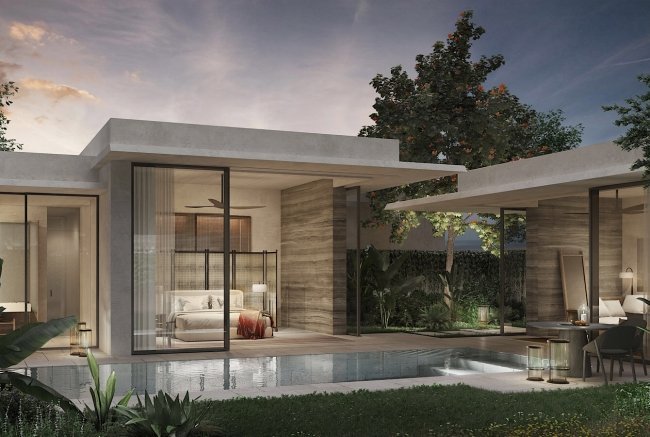 “Luxury travellers are increasingly seeking bespoke service, rich storytelling and a blend of history and modernity, all of which are epitomised by the Raffles brand,” said Michael Issenberg, Chairman & CEO Accor Asia Pacific.

“We have found strong demand amongst owners and developers for the Raffles brand because it is truly one of the most illustrious hospitality brands in the world, renowned for offering guests unparalleled levels of discreet service in exceptional buildings that quickly become the epicentre of their destinations.”

Issenberg says Accor is proud and humbled to have such an iconic brand within its portfolio and is committed to protecting the integrity of the Raffles name.

“The Raffles brand belongs to only the best projects and locations so it will always remain a curated collection, but we definitely see scope for careful and considerate growth,” he said.

Proudly born in Singapore, Raffles has become an iconic collection of 14 timeless properties worldwide, which should reach 20 hotels by 2025.

Located in Jimbaran Bay and perched on a hill offering unparalleled ocean views, Raffles Bali will comprise just 32 private villas, each with its own private pool, for the ultimate in luxurious seclusion.  Owned by PT Jimbaran Greenhill, the resort has been designed to blend seamlessly with its tropical surrounds. Sprawling over 23 hectares in the exclusive Jimbaran area of Bali, the Raffles will bring new levels of bespoke service in a creative, seductive setting that will capture those famous Jimbaran sunsets. The resort will feature the famous Writers Bar, a luxurious Raffles Wellbeing Spa celebrating local rituals and healing treatments, and a beautiful restaurant at the heart of the resort, which will provide fresh, imaginative menus in surroundings that speak to the local Balinese architecture and traditions.

Over 135 years after the original Raffles opened its doors, the second Raffles in Singapore will be an all-villa hotel set in over 100,000 square metres of sprawling tropical gardens with views over the beautiful South China Sea. Villas will range in size from 260 square metres for the one-bedroom villas to 450 square metres for the four-bedroom villa, all with their own private pool and terrace area for the ultimate in seclusion and comfort. Facilities will include a bar, restaurants, a fitness centre, a celebrations room and two meeting rooms. Those markers that make Raffles such a legendary experience, including the famous Raffles Butlers and Raffles Spa will be signatures of the resort.

Set to open in 2020, Raffles Udaipur will be the first Raffles for India. Often referred to as the “Venice of the East’ Udaipur is located in the western state of Rajasthan, famous for its rich cultural heritage, lakes, temples and palaces. Raffles Udaipur will be a truly palatial hotel, occupying its own private island in the middle of picturesque Udai Sagar Lake. With 101 luxurious suites, Raffles Udaipur will feature the famous Raffles Long Bar and Writers Bar, an 1100sqm Raffles Spa, a rooftop restaurant, swimming pool and sprawling gardens. With spectacular vistas of the lake, hillside and neighbouring 400-year-old temple, Raffles Udaipur will quickly become one of the most distinguished addresses in India.

Raffles Jaipur will be one of the most exclusive Raffles in the world, with just 50 suites, all with private pools. It will be strategically located as part of the popular Golden Triangle tourist route, which includes Jaipur, New Delhi and Agra. Slated to open in 2022, it will bring new levels of discreet service and facilities to one of India’s most beautiful cities. Secluded residences and courtyards will join a larger complex that currently houses the Fairmont Jaipur to create the perfect oasis of calm with easy access to the region’s best attractions including Amer Fort, Jaigarh Fort, Nahargarh Fort and Jal Mahal Palace.