Is this the world’s first flying hotel?

Not quite, but the Four Seasons group has unveiled the hotel industry’s first fully branded private jet 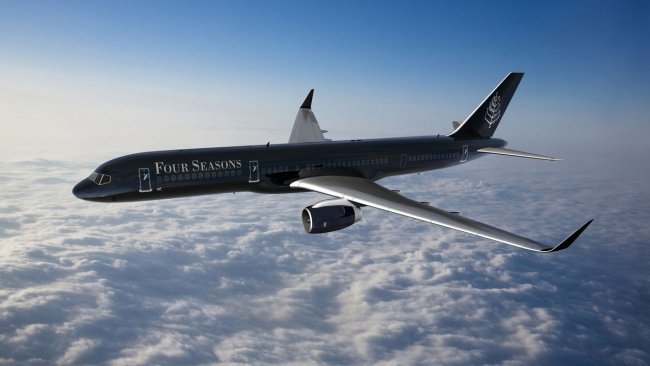 No, it’s not Air New Zealand’s All Blacks-liveried jet, but rather a concept by Four Seasons Hotels & Resorts to transport high-end clients on its own branded plane for its around-the-world group trips.

Emblazoned with the Four Seasons name in white on the fuselage and its tree logo, also in white, on the tail, the luxury hotel chain says the new, all-black Boeing 757 plane is the hotel industry’s first fully branded private jet.

It will offer global inflight wifi and be staffed with chefs and a dedicated on-board concierge, who will coordinate special spa treatments, golf tee-off times and exclusive experiences at each destination on the tour.

The new jet will make its debut on a nine-destination, 24-day ‘Around The World’ journey that begins in Los Angeles and includes stops in Bora Bora, Thailand, India and Turkey on its way to London. Guests will stay at Four Season hotels at each stop.

But a place on the tour obviously doesn’t come cheap, with prices ranging from US$119,000 per person for double occupancy to $130,000 for single travel. 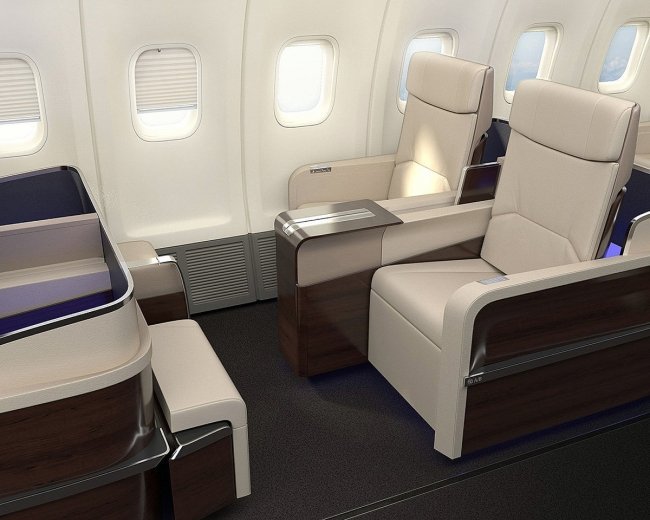 “The decision to offer one-of-a-kind trips aboard a custom-designed Four Seasons Jet reflects an understanding of our guests’ evolving needs and preferences,” Ms Helstab said.

“It recognizes their desire to pair adventure and discovery with the luxury of a fully immersive Four Seasons experience.”

Alternatively, the new plane, including crew and staff, may also be privately chartered for $110,000 or more a day – with a Four Seasons hotel stay required.